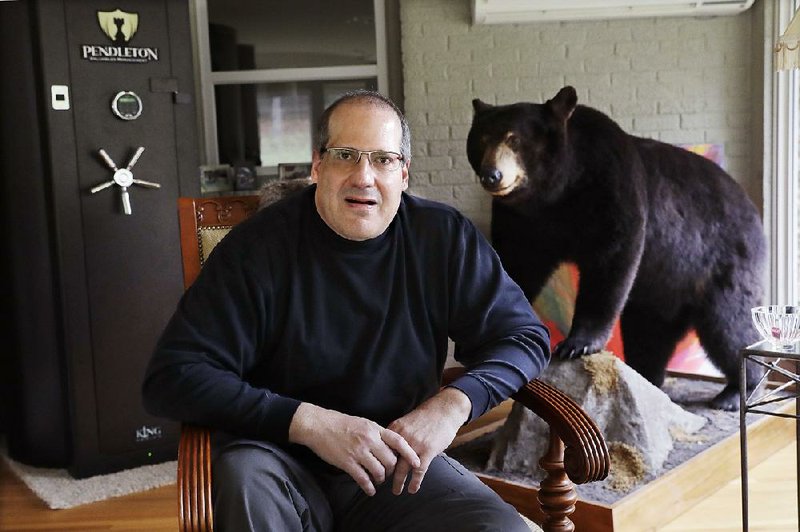 David Dell’Aquila of Nashville, Tenn., has given about $100,000 to the National Rifle Association over the years, and he and his wife pledged to bequeath several million dollars more. But Dell’Aquila is now suing the organization, accusing it of misusing funds.

Joe Olson was once such a big supporter of the National Rifle Association that he pledged to bequeath several million dollars from his estate to the gun organization upon his death.

But the steady drip of investigations and misspending allegations and a shake-up at the top ranks of the NRA compelled him to alter his will. The NRA will no longer get his money.

"The rot had gotten worse and I simply decided: No, I'm not giving those people my money," Olson said.

Olson reflects what has become a new challenge for the NRA as its legal and financial issues stack up: the loss of big donors.

The NRA attributes much of its success and power to rank-and-file members who contribute a few dollars here and there throughout the year, but it's the big-ticket donors who fuel the organization's finances. They also play a role in who serves on the board of directors and are active on the NRA social and fundraising scene, whether it's at galas or hunting trips.

And there are signs that some of them are growing uneasy over the NRA's troubles.

One of them went so far to as to file a lawsuit against the NRA claiming misuse of funds and started a website that seeks changes to the NRA -- from the ouster of longtime CEO Wayne LaPierre, to halving the size of the 76-member board of directors.

The donor, David Dell'Aquila, also claims that he has gotten others like him to withhold millions of dollars.

Over the years, Dell'Aquila has given about $100,000 and he and his wife pledged to bequeath several million dollars from an estate he amassed after a career as a technology consultant.

Large donors have long been a reliable source of money for the NRA, helping fuel the clout that it wields in American politics.

In 2017, the NRA received seven donations of more than $1 million, including one for more than $18 million, according to tax records. The NRA's 2018 records are not available yet, meaning it's too early to know how the recent turmoil engulfing the group affected contributions.

Despite the handful of million-dollar-plus donors, the group saw its overall contributions drop from $124 million in 2016 to $98 million in 2017.

An NRA member for about 20 years, Dell'Aquila became more heavily involved after attending an annual meeting for the first time in 2015 in Nashville, Tenn., where he lives. A longtime hunter, Dell'Aquila said it was after that meeting that he decided to contribute big sums to the NRA, seeing it as an organization that would help preserve gun rights.

He became a member of the Charlton Heston Society, an elite group of NRA faithful. Then, earlier this year, Dell'Aquila started to hear the rumors and see media reports of excessive spending by NRA leaders. He witnessed the showdown that spilled out in the public during this year's annual meeting, when then-President Oliver North was denied a second term after seeking LaPierre's resignation.

When Dell'Aquila asked some NRA directors and others at headquarters for more information on how donations were being spent, he said he didn't get sufficient answers.

"I was just getting lip service," he said.

A few months ago, he filed a lawsuit against the NRA claiming it has engaged in fraud and financial misconduct. The lawsuit cites many of the allegations that have emerged in other legal cases in recent months, including that LaPierre expensed hundreds of thousands of dollars in wardrobe purchases at a high-end clothier.

"Here's all you need to know: This lawsuit parrots claims from an individual who has worked for anti-NRA organizations and openly campaigned against our cause and our Association. End of story," Meadows said.

While some big donors such as Olson and Dell'Aquila have pulled back, other big donors have doubled down.

Joe Gregory, who is the CEO of an investment firm and founder of the NRA's Golden Ring of Freedom -- a group of NRA donors who have contributed or pledged at least $1 million -- chalked up the turmoil to internal politics and defended LaPierre's expenses as a necessary part of being a CEO.

The demands pushed by Dell'Aquila, he said, "border on being unrealistic and not serious."

He's especially disappointed to see some of his fellow big donors start to abandon the NRA, particularly as the 2020 presidential election approaches and the NRA's influence in preserving the Second Amendment is at stake.

"It's important that we stick together," he said.

For Dell'Aquila's part, he's not ready to back down from his fight.

He's even planning to attend next year's annual meeting, which will again be held in Nashville. He said he wants to see if LaPierre and others in the inner circle will talk with him.