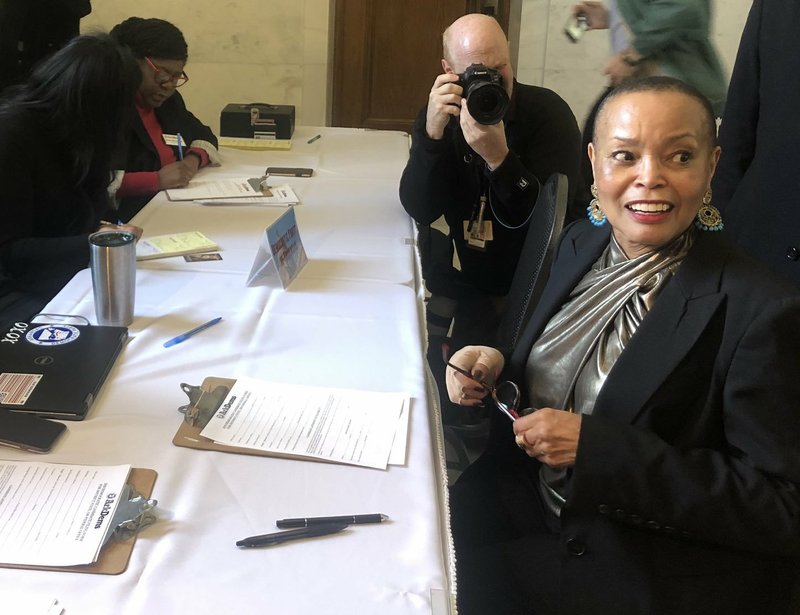 The congressional district, based around the Little Rock metro area, has been held by Republican U.S. Rep. French Hill since 2015.

In the years since her last congressional run, Elliott has built up a prominent profile in the state Senate, where she has advocated for a return of the Little Rock School District to local control, as well as for better conditions for state prisoners and revised sentencing laws.

In a rally at the Capitol shortly after she filled out her filing paperwork, Elliott said she did not have to be persuaded by party officials to enter the race.

"Unlike a lot of people when they run for office, I make no pretenses," Elliott said. "I like being in office, I like working for people I like [being a] politician."

Tuesday was the final day of Arkansas' week-long filing period, and the 2nd Congressional District was seen as one of the pivotal races for the Democratic Party to find a recruit.

JR Davis, a spokesman for Hill's campaign, noted that the congressman has never gone unchallenged in a re-election fight.

"There was no expectation that this time was going to be any different," Davis said. "He looks forward to a vigorous campaign."

Democratic party officials said late last week that they had found a candidate for the race, though Elliott's name was kept officially secret up until the final hour of the filing period.

Three of Arkansas' four congressional districts will be contested in 2020. The only incumbent without a challenger next year will be U.S. Rep. Rick Crawford, a Republican from Jonesboro.