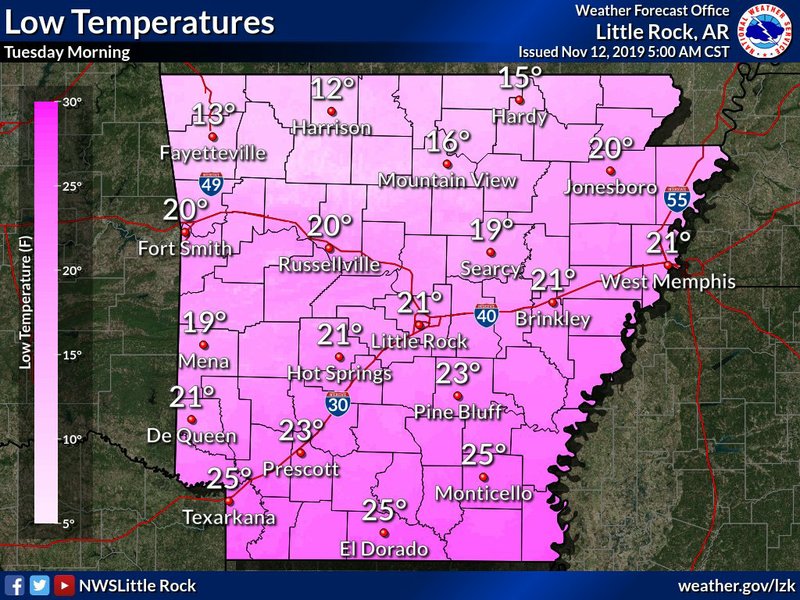 Flurries overnight in both cities didn’t leave significant accumulation, Smith said, but even a trace was still enough to set daily records for snowfall.

Smith said Fayetteville broke its daily low record Tuesday by one degree when it hit 9. The last record was set in 1911.

Half an inch of snow fell in Harrison and Corning, he said, and the highest accumulation across the state was recorded in Pocahontas, at 1 inch.

Smith said seeing measurable snow this early in the season is unusual but not unheard of for the region. In Pocahontas, the snowfall was the earliest there at or above one inch since 1993.

Smith said many places across Arkansas are likely to get similar or even lower temperatures Wednesday morning.

Smith said it won’t feel as cold, though, because wind chills won’t be as extreme as Tuesday morning.

On Thursday and Friday, temperatures will warm slightly statewide with lows expected in the 20s and 30s and highs in the 40s to mid-50s, Smith said. This is still well below average for this time of year, when daily temperatures usually range from the 40s to the 60s.