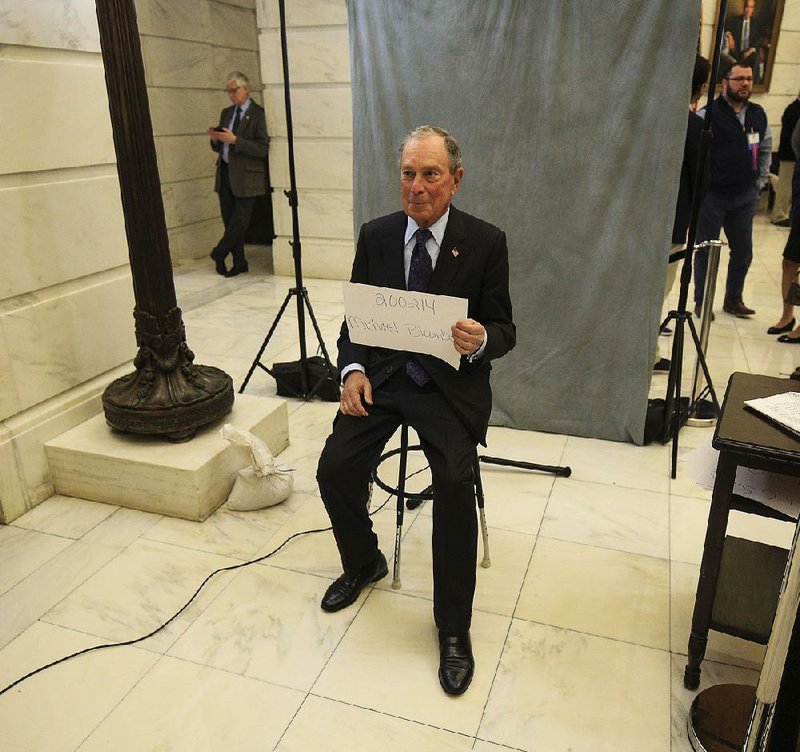 The final day of filing for state and federal offices in Arkansas saw a few surprises Tuesday and the first and only in-person appearance from a presidential candidate with a national profile.

Billionaire businessman and former mayor of New York City Michael Bloomberg kicked off Tuesday morning's filings, making Arkansas the second state where he has filed paperwork to run for president as a Democrat. (The first was Alabama on Friday.)

After shaking hands and talking to several local candidates in the state Capitol rotunda, Bloomberg told reporters that he has still not made a final decision on whether he'll seek the Democratic nomination. Three other Democratic presidential candidates filed Tuesday, by proxy: Andrew Yang, Tulsi Gabbard and Julian Castro.

Former Massachusetts Gov. Bill Weld also filed Tuesday, though not in person, as a challenger to President Donald Trump for the Republican presidential nomination.

Shortly after Bloomberg filed, state Sen. Joyce Elliott, D-Little Rock, became the first and only Democrat to register to challenge U.S. Rep. French Hill, R-Ark., in Arkansas' 2nd Congressional District. She filed with less than an hour left in the weeklong filing period for primary candidates.

The filing period ended with a few last-minute entries into state legislative races. It also ended without the reelection filing of Associate Arkansas Supreme Court Justice Josephine "Jo" Hart, meaning the 75-year-old will retire from the bench.

Bloomberg's appearance in the Natural State garnered a large crowd of media and onlookers. The 77-year-old said the last time he was in Arkansas was to visit the William J. Clinton Presidential Center five or six years ago. He said people here were friendly but that it was remarkably cold.

[Video not showing up above? Click here to watch » https://www.youtube.com/watch?v=jjch5-5jEJc]

Bloomberg is the only presidential candidate with a national profile to file in person in Arkansas. (Fringe Democratic candidate Mosie Boyd of Fort Smith filed in person last week.) Other candidates sent proxies to submit their paperwork.

"If you respect people and you show them respect, that goes in both directions," Bloomberg said of his visit Tuesday. "I like people, and nobody expected that from me when I first ran for office back in 2001. I still walk up to everyone on the street and shake everybody's hand."

Arkansas has one of the earliest filing deadlines in the U.S. during presidential years. The state's primary elections -- normally held in late May -- were moved forward to March 3, along with 12 other states participating in the "Super Tuesday" presidential primaries. The general election is Nov. 3 next year.

In total, 521 candidates filed for various state and federal positions.

There will be a total of 47 state legislative races being contested by both major political parties in 2020 -- the same number as were contested in 2018.

Thirty-nine of those races are in the state House, compared with 40 in 2018.

Fifteen of the contested legislative races are in Northwest Arkansas -- 13 in the House and two in the Senate.

Republicans have super majorities in both chambers of the state General Assembly, with 26 GOP seats to nine Democratic ones in the Senate, and 75 Republican seats versus the Democrats' 23 seats in the House. (Two House seats are vacant. A third vacancy was filled Tuesday when Denise Ennett, a Democrat from Little Rock, was sworn in to fill the remainder of the two-year term of House District 36.)

The Democrats will field candidates in three of the four congressional districts. Democratic Party of Arkansas Chairman Michael John Gray said Tuesday morning that the early filing period makes candidate recruitment more difficult, but he was encouraged by the number of candidates the party will field.

The race to replace Hart on the state Supreme Court will be between Pulaski County Circuit Judge Morgan "Chip" Welch and Barbara Womack Webb, who is the chief law judge on the Arkansas Workers' Compensation Commission and a former circuit judge in Saline County.

Aside from the first day of filing, Tuesday was the busiest day on the state Capitol's second floor.

John LaTour, a former Fayetteville alderman, briefly shook hands with Bloomberg and introduced himself as a supporter of Trump, as LaTour walked away from the filing tables, where he had filed to run against state Rep. Nicole Clowney, D-Fayetteville.

"He's a Democrat, I'm a big Republican, and we had a very civil meeting," LaTour said of the interaction. "That's the tone we need to set for this state and for this country. We need to quit acting like little 10-year-olds who don't talk to each other."

Ryan Davis, a Little Rock Democrat, was surprised as a group of reporters and television cameras surrounded him as he filed paperwork to run for House District 34. Then, he saw Bloomberg take the seat next to him.

"I was naive enough to think they were all here for me," Davis joked.

He spoke briefly with Bloomberg about his children and Bloomberg's grandchildren.

After filing, Bloomberg had a quiet lunch with Little Rock Mayor Frank Scott Jr. at Sims BBQ on Broadway in Little Rock.

Other candidates who arrived on the last day of filing contributed to each party's final push to enter more candidates.

"I wanted my district to have a choice, because I think policy matters," said Alisa Blaize Dixon, who filed as a Democrat to run against state Sen. Jane English, R-North Little Rock. "How we spend our money and taxpayer's money and budget matters."

Just as the final day of filing was underway, Ennett was being sworn in under the dome of the state House chambers. Ennett won a special election in September to fill the remainder of the term of former House Minority Leader Charles Blake, who resigned to become Scott's chief of staff.

Ennett's swearing in increased the number of women serving in the House to 26, the most at any point in the state's history. Immediately after she became an official House member, she filed to run in 2020 for a full two-year term to House District 36. The ballot will show her new title, state representative.

"I ran on the platform of keeping public schools accessible, Medicaid expansion and creating stronger communities," Ennett said. "I am excited to start working for the district." 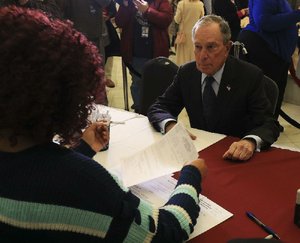