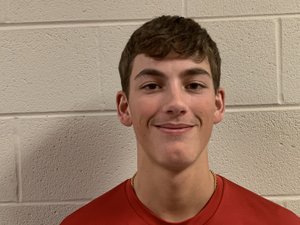 NOTABLE The senior infielder got limited at-bats last season because of injuries and had surgery for a torn labrum in his (non-throwing) left shoulder in the off-season. ... He could be ready for action as early as February. ... Almeida will play second base for the Braves, who competed at the NAIA level and are based in Ottawa, Kan. ... New Heritage coach Brian Walker said Almeida should be a key to the War Eagles' success with his mentality, energy and toughness. 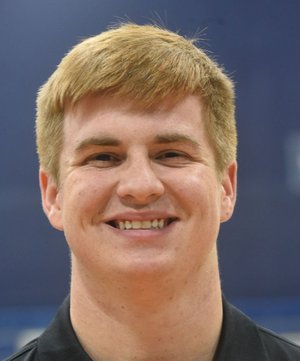 NOTABLE Helped the Saints advance to the Class 4A state title game by batting .395 with a .531 on-base percentage. ... Belted 5 doubles, 2 triples and 2 home runs. ... Had a fielding percentage of .921 at third base. ... Will be a middle-of-the-order batter again this season for the Saints.

QUOTABLE "I've been dreaming of this day since I started playing T-ball. I felt Arkansas Tech was my best option to play early on. It's a great program and I love the coaches." 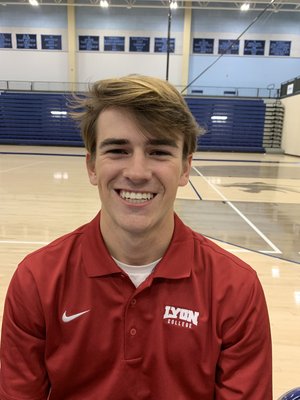 NOTABLE A reserve outfielder for the Wildcats last spring. ... Expected to be a contributor for Har-Ber this spring.

QUOTABLE "It's great to move on in my baseball career and academic career. I just want to thank everyone who has been with me on this journey." 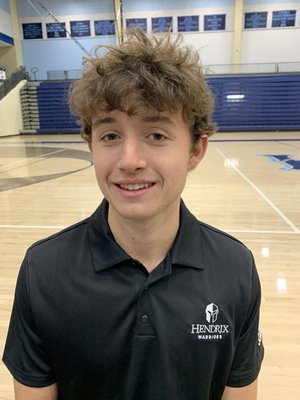 NOTABLE Miller was a second baseman for the Wildcats and helped the team advance to the Class 6A state championship game last spring. ... Miller batted .345 with an on-base percentage of .480. ... Will major in history with an emphasis in pre-law at Hendrix College.

QUOTABLE "I've worked really hard for this day. I'd just like to thank my parents and my family for putting in the time and effort into this day." 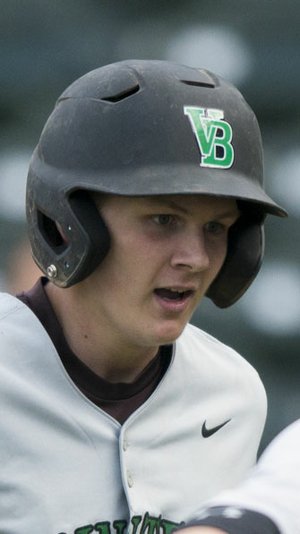 NOTABLE Batted .334 last season for the Pointers to earn All-Conference honors in the 6A-West. ... Had a .455 on-base percentage with 2 home runs and 10 doubles.

QUOTABLE "Signing with Connors State means everything to me in continuing my academic and athletic career. I look forward to being able to finish up my high school career here at Van Buren High School and going on to fulfill my dream of playing at the next level." 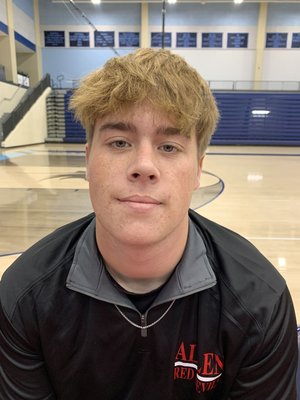 NOTABLE Was a catcher for the Wildcats last season and helped the team reach the Class 6A state championship game. ... Batted .250 and threw out 25 percent of baserunners.

QUOTABLE "I've worked really hard for this moment. My summer coach was their recruiter there and I went up for a visit and loved the campus and the baseball program." 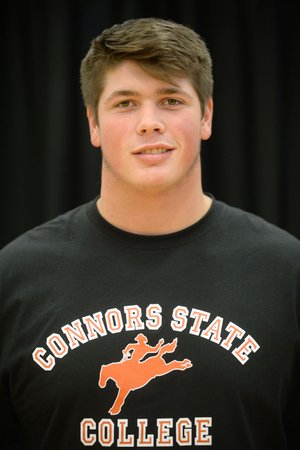 NOTABLE Six-game winner and .310 batting average for Bulldogs as a junior. ... Younger brother of Cody Davenport, a former UCA star who plays in the Kansas City Royals' organization.

QUOTABLE "As soon as I went there, I felt like they wanted me and it seems like the right fit. The plan is one or two years at Connors then Division I, hopefully." 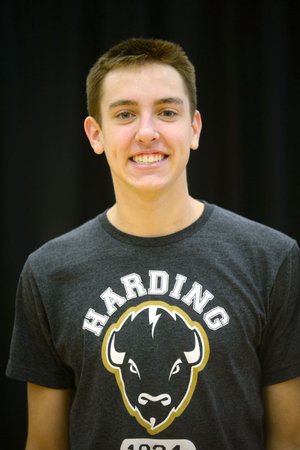 QUOTABLE "The atmosphere is awesome at Hardings and I think I'll fit in really well down there. Academic-wise, I've got a pretty good grade point average and the school prides itself on having smart and intelligent students who go out to get good jobs and have an impact on the community." 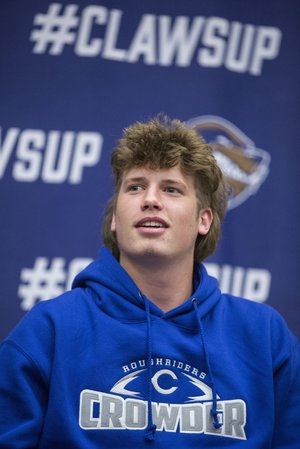 QUOTABLE "It's just a bunch of emotions. I'm super excited to go play collegiate baseball and go from there. Crowder has a beautiful, brand-new indoor facility that really caught my eye. The coaches are super reliable there, and hopefully I can get a lot better playing there. I'm going to start off a two-way player, and depending on what I choose throughout the spring, that's what I will do." 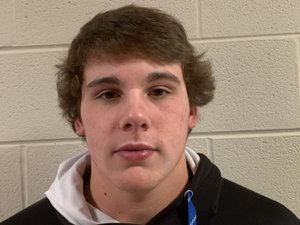 NOTABLE Hit .324 with a home run, three doubles and two triples and also drove 16 runs and scored 12 as a junior. ... Played some first base, third base and outfield for the War Eagles last season. ... Was also looking at Central Arkansas and Arkansas State. ... New Heritage coach Brian Walker said Tobel has a chance to be a big-time hitter in the middle of the lineup with a high ceiling in the future.

QUOTABLE "I started getting better and it just made me want to go to the next level and play. It's just always been a dream for me since I was little.." 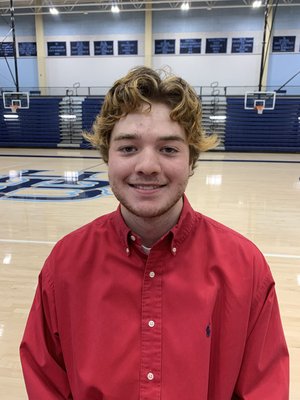 NOTABLE Was 2-0 with a 3.28 ERA last season for the Wildcats. ... Expected to carry a larger role this coming season for Har-Ber.

QUOTABLE "There are so many things that people in my life have done for me and helped me get to this spot. I am just so grateful and thankful that I am able to play baseball at the next level." 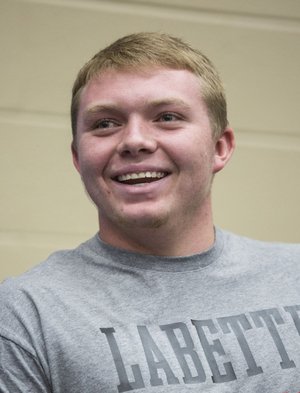 NOTABLE The Wolverines' starting catcher hit .345 and led the team with six home runs and 35 RBIs last spring. ... Had a clutch three-run home run in the ninth inning of West's 5-1 victory over Springdale Har-Ber. ... Hit two home runs and drove in five during a nonconference game against McDonald County, Mo. ... Had a home run and drove in three runs against Bentonville in the Class 6A state baseball tournament.

QUOTABLE "They were talking to me about being on the corners and catcher, seeing what's going to work best. I haven't really played one of the corner spots since I was 7. I've caught ever since then. But I love catching, so I'm sure I will be catching. I want to become a better defensive catcher by keeping everything ahead of me and throwing more guys out.".... 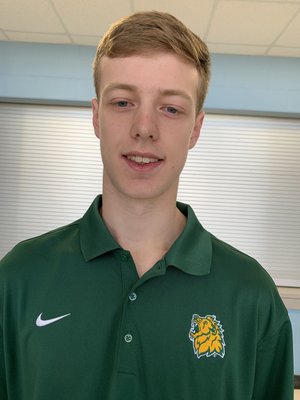 QUOTABLE "This day means a lot of me and my family, it means that all that hard work has paid off. It was a long process and I had some really good schools interested in me. When I went up for my visit it felt like home." 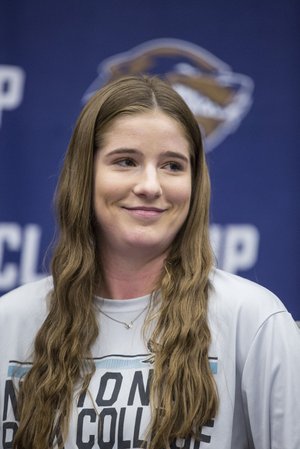 NOTABLE An outfielder who saw limited playing time last season. ... She had three hits in four at-bats, including a double, and two RBIs with six runs scored. ... Was used as a runner and stole five bases without being thrown out. ... National Park College will begin its inaugural season in spring 2021.

QUOTABLE "I'm very excited about this new journey. The coach really sold me. When I met her and interacted with her for the first time, I knew that was the coach I wanted to play for and where I wanted to be for the next two years. They envision me playing the outfield, and I don't know which position. If I had to choose, it would be center field." 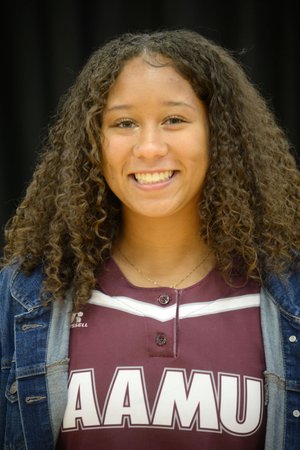 NOTABLE Charles is a four-year letter winner whose batting average of .509 last spring was third-best in conference. ... She had 32 hits, including 23 for extra bases. Led the team with 30 RBIs and seven home runs.

QUOTABLE "I got recruited by Alabama A&M through my travel team in California. I couldn't be happier with this opportunity." 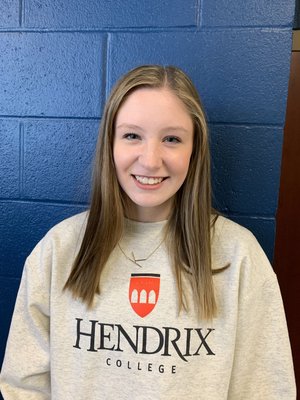 NOTABLE Helped the Lady Wildcats advance to the Class 6A state semifinals as an outside hitter. ... Ranked second on the team in kills with more than 300. ... Considering majoring in math as a possible career as a teacher.

QUOTABLE "It's a very exciting day to get to continue my education and my volleyball career. I loved the campus and the school." 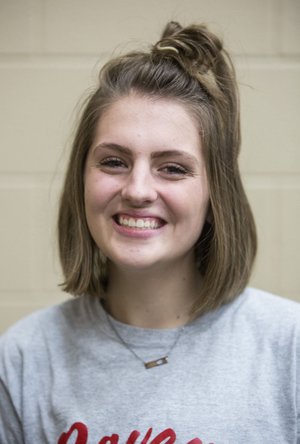 QUOTABLE "It's really small and family-oriented. My coach made it like home and I won't feel like I'll get lost in the shuffle or feel left out. It's really tight and together. They envision me as a right-side hitter and maybe the back row. I'm getting a personal trainer to help me build muscle, and I'm going for private lessons in the offseason instead of club." 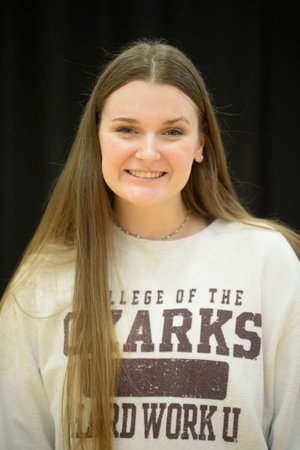 NWA Democrat-Gazette/ANDY SHUPE Amelia Whatley Wednesday, Nov. 13, 2019, during a signing ceremony at Fayetteville High School. Whatley signed to play volleyball for the College of the Ozarks.

SIGNING WITH College of Ozarks (Missouri)

NOTABLE Whatley is a three-year starter and a member of the 2017 state championship team. She recorded 266 kills during the 2019 season.

QUOTABLE "I've chosen College of the Ozarks because it's a work-study university when I'll be able to work instead of paying for my tuition. Plus, they have a very good volleyball program and the girls are really tight."

NOTABLE A three-time All-Conference selection in the 4A-1 and a two-time Class 4A all-state selection. ... Named to the All-State Tournament this season. ... Pounded 103 kills and had 46 blocks this season. ... Ended her career with 287 kills and 105 blocks. ... Plans to major in sports management and business administration.

QUOTABLE "I'm beyond grateful for Oklahoma Christian. I want to have a positive impact on my community through my job." 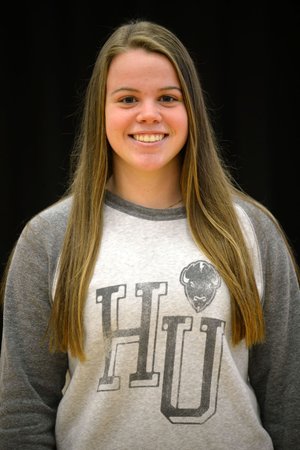 NOTABLE Scored 12 goals and had eight assists while playing forward and center defense last spring for the Lady Bulldogs. ... All-state junior year and NWADG Newcomer of the Year as a freshman.

QUOTABLE "It was a tough choice for me trying to decide between Harding and John Brown University. But I really like Harding and it's a great academic school, so I'm really excited about my decision." 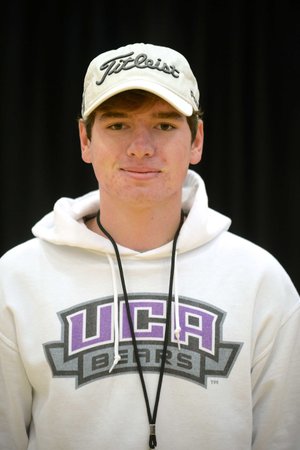 NOTABLE McSpadden is a four-year starter, three-time all-state player, and the Class 6A state medalist. ... He helped Fayetteville to two state championships and four conference championships.

QUOTABLE "It's always been a goal of mine to play college golf. When I went down to UCA I really liked the coach and I think this provides me with a good opportunity."