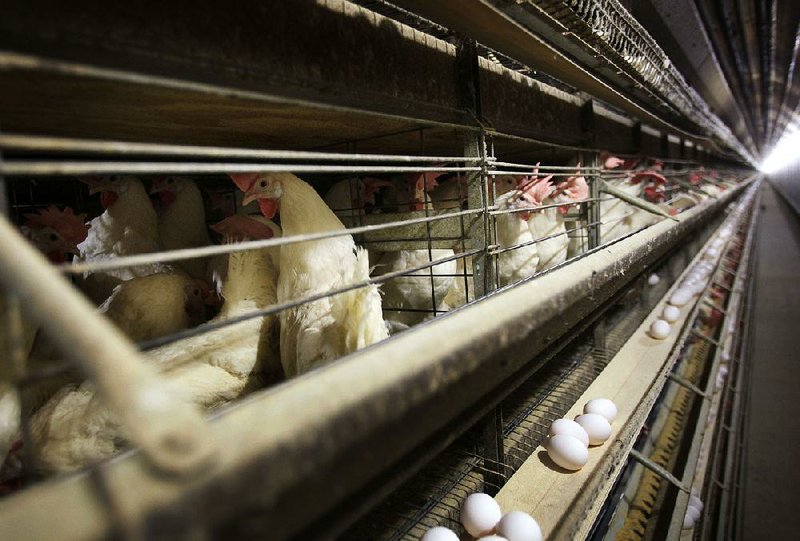 With China reopening its market Thursday to U.S. poultry imports, U.S. trade representative Robert Lighthizer said Americans “will now be able to export more than $1 billion worth of poultry and poultry products each year to China.”

The ban was enacted after a U.S. outbreak of highly pathogenic avian influenza, or bird flu. The U.S. has been free of the disease since August 2017.

But recent trade talks with China, a nation facing a major protein shortage, have signaled the possibility of renewed access to U.S. poultry to make up for its hog losses that resulted from an outbreak of African swine fever, a disease that does not affect humans, only pigs. China officially announced removal of the ban on Thursday, a promising sign for America's farmers and producers.

"We estimate they will now be able to export more than $1 billion worth of poultry and poultry products each year to China," Robert Lighthizer, the U.S. trade representative, said in a statement. The U.S. exported $4.3 billion worth of poultry last year and is the world's second-largest poultry exporter. "This is great news for both America's farmers and China's consumers," he said.

Before the ban, the U.S. exported more than $500 million worth of poultry products to China in 2013, trade data shows. At its peak, U.S. poultry imports were valued at $71 million for turkeys and $722 million for chickens, according to the National Chicken Council. But considering the effects of African swine fever, the council estimated China will buy as much as $2 billion worth of poultry per year.

Shipments to China can start immediately, said Tom Super, a spokesman for the National Chicken Council. "But it will take a little time for approval of plants, update of [the food safety] export library, issuing of health certificates, etc.," he said in an email Thursday. "So hard to say exact date."

"I think it's a positive indication that our negotiations are progressing," said Travis Justice, chief economist of the Arkansas Farm Bureau, about the ban being lifted. "Of course that could change at the drop of a hat."

Even with renewed access to poultry, trade talks reportedly hit a snag on Thursday. President Donald Trump has said that China has agreed to buy up to $50 billion of soybeans, pork and other farm goods from the U.S. But China is "leery" of putting a numerical commitment in the text of the agreement and is hesitant to move ahead with a deal that favors the U.S. over it, The Wall Street Journal reported.

Indicators of China's openness to chicken exports began to show in recent weeks. China's bans on poultry products from Spain and Slovakia, in place since 2016, were lifted Oct. 31 after determining that bird flu was no longer an issue. Also, the U.S. Department of Agriculture published a final rule last week that allowed the import of Chinese chicken, effective Dec. 9, signaling a stronger relationship between the two superpowers.

When asked about the final rule, Noel White, Tyson's president and chief executive officer, said in a conference call this week that the company was optimistic that "there'd be some type of trade agreement reciprocity with access to China from U.S. poultry."

"China has been a significant market for poultry in the past and we look forward to new export opportunities resulting from this opening," Tyson said Thursday.

In a research brief, Ben Bienvenu, a Stephens Inc. analyst, said this was a clear positive for chicken producers, most notably Sanderson Farms. Sanderson sold $62 million of chicken to China before the ban in 2014, according to investor fillings. No sales were reported two years later.