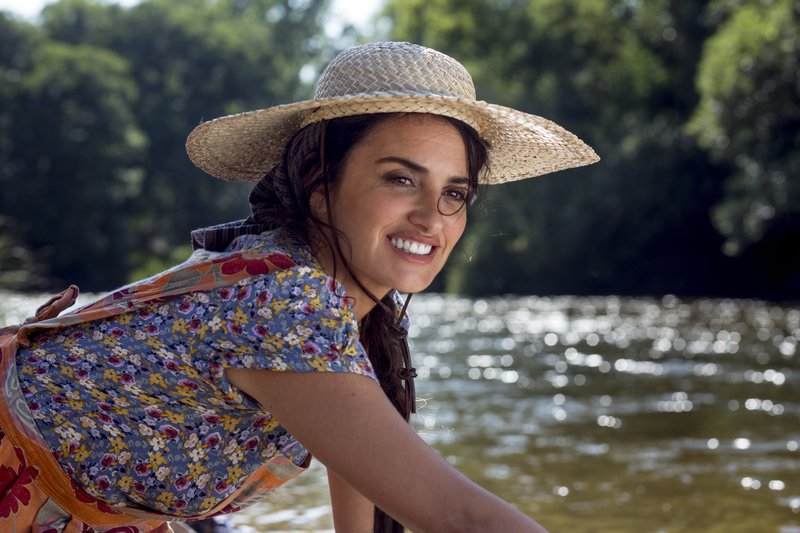 There is an online phenomenon where people take popular songs like The Beatles' "Hey ­Jude" or John Denver's "Country Roads" and transpose them from their original major (happy) key to a minor (sad) key.

The results can be startling, disconcerting and occasionally even beautiful. Some people accept the new versions more readily than others; there's something uncanny about the experience.

Pedro Almodovar fans might experience his new film Pain & Glory in that same way. It took a while to work out exactly what I thought of it, though I immediately recognized its genuine artfulness and an authorial precision in the way Almodovar seems to exercise absolute control over every frame. But it's not the Almodovar I expected, and I felt myself resisting the movie on a visceral level. That's not fair, but it ought to be acknowledged.

As an unabashed Almodovar fan, I admit I may have received some of the more negligible additions to his oeuvre rather uncritically. After all, while some ice cream is better than other ice cream, there's not much bad to say about the experience of eating ice cream. I love Almodovar for his flash and flair, his coded colors and what he's called his "cinema of women." I am impressed by his empathy.

But Pain & Glory reportedly worried the director's friends. Even though Almodovar has taken pains to say that the film is not quite autobiographical, that Salvador Mallo -- the depressive, walking wounded Spanish film director Antonio Banderas plays in the film -- is more a doppelganger than auteurial alter ego, it still feels like a report from a damaged and sorrowful artist. It is Almodovar in a minor key, and it takes some getting used to.

And maybe I will eventually come around to what seems to be the critical consensus on the film -- that it's one of Almodovar's best and certainly one of the year's best. But at this point, I can only say I admire the movie, that it's well-made and beautifully acted (Banderas' Salvador is tender and lost, but also ruthless in the way that artists are compelled to be) and a bit of a downer. I feel shallow writing that, but don't perceive any virtue in a toned-down, responsible Almodovar. I think he's telling the story he wants to tell the way he wants to tell it.

Which is a victory, considering how many moving parts there are in every would-be motion picture.

Anyway, Salvador has obtained a certain level as a director; he lives in an Almodovar-esque house (built in a studio, but modeled on Almodovar's real residence and rife with art from the director's collection) alone, with housekeepers and managers occasionally impinging on his hermetic existence. He is in too much pain to work -- he suffers from a bad back and migraines, with asthma and lately some inexplicable fits of choking. (Does "choking" connote the same fear of failure in Spanish culture as it does in ours? My limited futbol knowledge suggests it does.)

We first meet Salvador as he sinks to the bottom of his pool, an image that immediately brings to mind the opening of Bojack Horseman, the Netflix animated series that sometimes sends up the kind of existential crises to which privileged media stars pretend. But then Shakespeare taught us no one, not even the prince, is free from pain.

Salvador isn't working. He has taken to habitually turning down invitations to screen and talk about his old films, but there's a group that wants to screen one of his early triumphs, a film called Sabor ("taste") that, from its poster, we might deduce is a lot like Almodovar's 1982 film Labyrinth of Passion.

The screening presents him with an opportunity to connect with the film's leading man Alberto (Asier Etxeandia) who was difficult during the production and challenged Salvador's authority. But maybe that made the film better.

Salvador is soon knocking on Alberto's door and being pulled into the actor's self-care practice, which involves a lot of smoking of heroin. Initial friction evolves into a sort of prickly domestic-ism, with the old nemeses bantering and bickering almost affectionately through their opium daze.

After a while, it becomes clear that Salvador's main problem isn't the physical maladies, but a disease of the soul. He has simply lost all desire -- he has given up making art and love. Townes Van Zandt would say he's waiting around to die.

Or at least he has been. His contact with Alberto knocks something loose inside him; the actor snoops around his place and finds an essay about an old love and asks Salvador for the rights to perform it. At first, Salvador is reluctant; it is a personal piece. Eventually, Alberto will perform the piece, and we will see it as it plays out in Salvador's mind.

A lot of plot will unspool involving his old boyfriend, the substance-addicted subject of the essay who fled Spain for Argentina in an effort to get clean and a memory play about Salvador's impoverished childhood and the awakening of his desire. How likely is it that the boyfriend would wander into Alberto's performance by chance or that Salvador might find hanging in a gallery an offhand sketch of his childhood self made by an illiterate rustic?

So what? Life is not completely credible; perhaps we should allow for the occasional convenient miracle, especially if it involves Penelope Cruz. Machines -- like Salvador and Almodovar -- that alchemize pain into glory must rely on magic.