Arkansan actor Wes Bentley does what he's supposed to do 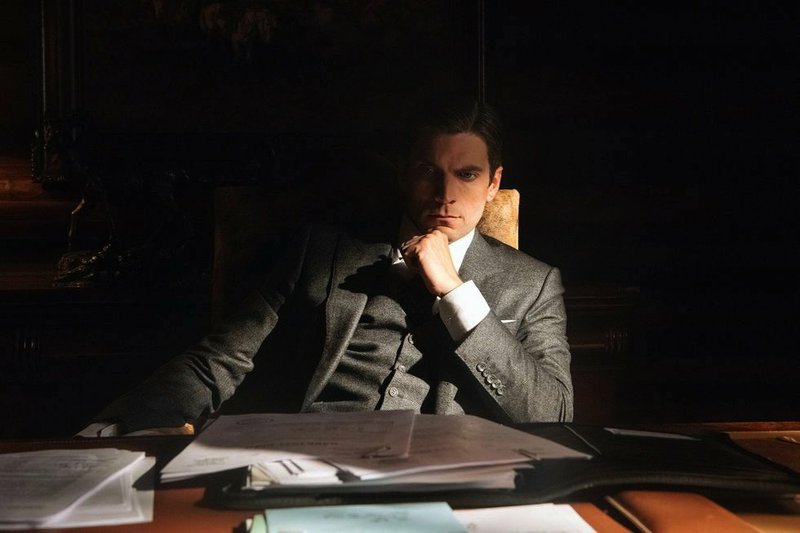 Perhaps this wasn't such a good time for my recording equipment to fail. I can't tell if the issue was due to clumsy fingers or a glitch beyond my control, but the audio of my telephone interview with Jonesboro native Wes Bentley is permanently lost.

Fortunately, I took notes. And while discussing the Blu-ray release of his cable series Yellowstone and some of his other roles, Bentley had some memorable remarks.

Yellowstone, which airs on the Paramount Network, deals with the intrusion of the modern world into the lives of a modern Montana family led by veteran rancher John Dutton, Jr. (Kevin Costner). Dutton owns a sprawling ranch that borders an Indian reservation and includes territory developer Dan Jenkins (Danny Huston) covets. Gorgeous scenery can fetch a high price, so Dutton, the tribe and Jenkins are all willing to make deep and even lethal sacrifices to claim it. Whereas the Cartwrights from Bonanza were a consistently upright clan, the Duttons' persistent desire to maintain their holdings isn't necessarily a virtue. The Montana in the series has a working state government, but the department heads are sometimes far from disinterested.

"It's not just cowboys vs. developers," Bentley, who plays Dutton's son Jamie, says. "There is a lot of nostalgia, and that's not always a good thing. There's a lot more government involvement now, but there's still some lawlessness."

Like his dad, Jamie can ride a horse and take care of the spread. Bentley says this aspect of the role came easily to him, even though he hadn't learned much about horsemanship growing up in Arkansas.

"I used to have a ranch back in 2004. We had horses. They weren't all mine. We provided space for other people's horses," Bentley says. "I learned how to ride a horse for the movie Beloved. I told the director I could ride, but I couldn't. He understood, and fortunately, I picked it up pretty quickly."

THIS SIDE OF THE LAW

Unlike his father, Jamie spends a lot of time in courtrooms and legal offices asserting the Duttons' version of soft power. Jamie's family connections got him into law school, and his backroom machinations keep the Yellowstone ranch running. Bentley says the things that Jamie did for a living took a little more effort to get right. It's unlikely he'll take a bar exam any time soon.

"A lot of it's very technical, and there isn't much room for creativity," he says. "I did do a lot of research on it. What creativity there is in the law is in the smaller details."

In playing Jamie, Bentley portrays someone who wants to trade on something other than his locally famous surname. He starts a campaign for attorney general but soon goes from being a lawyer to needing one. You'll have to see the second season to find out why.

"[Head writer Taylor Sheridan] structures his scripts like a play and really breaks things down. Taylor promised me that my character would have an arc," Bentley says. "I saw Hell or High Water [which Sheridan wrote], and I thought 'I have to work with this guy.' So I was surprised when he came to me."

Bentley spent a good deal of the conversation beaming about the Utah and Montana locations where Yellowstone is filmed. There's more to look at than the suburban sterility of American Beauty, where he had his breakout role. He recalls how working on location deepened his understanding of how the West has influenced American culture as a whole. The scenery doesn't hurt, either.

"I love the snow-capped mountains. I love the mountains in Arkansas, too, but when I lived in Mountain Home, it only snowed once," he says. "In the West, I was surprised there wasn't a deeper awareness of the environment. The land is so important to people that you'd think there would be discussion about global warming and other issues. People in Florida have become a lot more involved because of what's been happening there, but it's a shame it had to come to this."

If there is one thing Bentley looks for in a role, it appears to be having a chance to transform. In the movies, plays and TV shows he has appeared in, his characters or the ways we see them change. In his breakout role in American Beauty, it becomes easier to like Ricky Fitts as the film progresses even though he shoots videos of plastic bags blowing in the wind.

"That was all Alan Ball, who is an amazing writer. You can't say that Ricky's a good guy, but he's somebody the audience can relate to more easily," he says.

For There Be Dragons and David Ives' play Venus in Fur, however, Bentley committed some dramatic metamorphoses in front of the viewer. In the former, he ages several decades and through makeup even interacts with an older actor (Dougray Scott) who plays his son. In the 2010 play, he started off as an overconfident playwright adapting Leopold von Sacher-Masoch's 1870 novel Venus in Furs.

"He becomes sort of subsumed in the character," Bentley says. He adds that he considers these character shifts part of the job. "I thought that's what we were supposed to do."

Those who are wanting to see Bentley going through more transformations can look forward to a forthcoming third season of Yellowstone. In addition, each season offers delights that normally don't come from the small screen.

"When Taylor described what he wanted to do with the show, he was using all of these cinematic terms, and he wanted to show it on the big screen," Bentley says.

For example, Yellowstone offers hair-raising bear attacks, shootouts, vehicle and horse chases. The Blu-ray also includes nearly three hours of bonus material. If your TV and your player work better than my phone did on Tuesday afternoon, hours of eye candy await you.

Print Headline: Arkansan actor Wes Bentley does what he's supposed to do