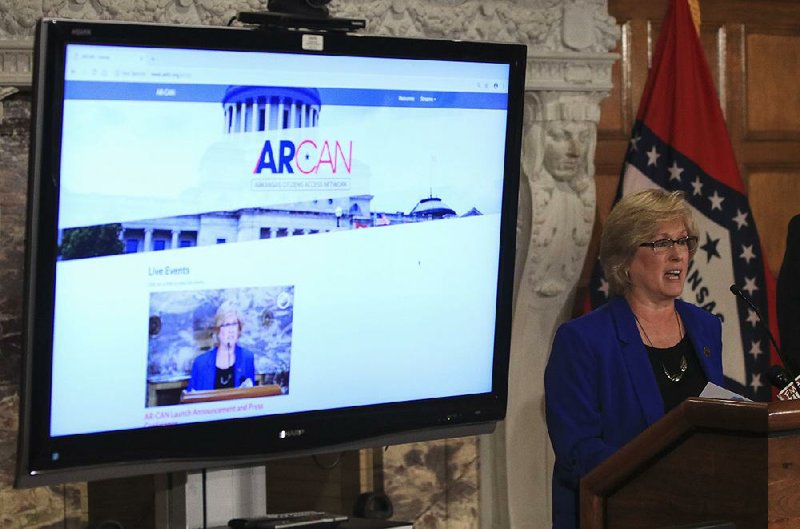 CONWAY -- In less than a minute and without discussion Tuesday, the Arkansas Educational Television Network Commission ended nearly a year of contention by finalizing a compromise between the network and its fundraising arm.

In a news release emailed quickly after the end of the teleconference, Commission Chairman Skip Holland said the agreement -- negotiated back and forth for months between the two entities -- preserves the "longstanding relationship with AETN Foundation built on clarity of mission and vision.

"We have redefined our operational structure to bolster revenue opportunities and foster digital growth, in turn enhancing AETN's relevance in an ever-changing media landscape," Holland said in the release. "We are excited about the possibilities this renewed relationship will provide for our viewers, members and all Arkansans. We look forward to a bright future for public media in Arkansas with the continued support of the Foundation and its members."

The agreement restores the position of the AETN executive director -- now held by Courtney Pledger -- and an AETN Commission representative to the AETN Foundation Board with full voting rights. The agreement also places those two on the executive committee of the foundation board. Other executive committee members will be the foundation's board chairman, vice chairman, secretary and treasurer.

"The AETN Foundation is proud of our nearly 35-year history supporting the programming on AETN that Arkansans love and trust," AETN Foundation Board Chairman Lynne Rich said in a release. "We anticipate even greater benefits for our members as we work with the commission, donors and viewers to provide Arkansans engagement opportunities throughout the state."

Dixon told Rich in a Feb. 26 letter that she was fired because she refused to follow Pledger's direction that would violate state procurement laws.

The commission has since been in negotiations with the AETN Foundation to develop an agreement that dictates the relationship between the two entities.

Tuesday's resolution allows Pledger to present a list of candidates for the foundation's chief executive officer position to the foundation board's executive committee. That board will decide whom to hire.

The resolution comes on the heels of two separate negative audits.

Last month, the state Department of Education categorized the network as a "high risk entity" and ordered the organization to repay nearly $500,000 in state grant funds that an audit said were misused.

The Education Department had granted AETN about $2.8 million in fiscal 2019, which ended June 30, to fund the network's Internet Delivered Education for Arkansas Schools program, also known as IDEAS. The department began investigating after receiving an anonymous tip May 20 alleging misdirection of grant funds.

Pledger also came under fire in May from state lawmakers when an Arkansas Legislative Audit staff audit showed Pledger violated state procurement laws and was also cited for improper bidding, failure to log use of a state vehicle, hiring outside legal counsel and paying a vendor for training without documentation.

That audit showed that Pledger entered the network into a 2018 contract with the Public Broadcasting Service to produce the documentary State of the Art featuring the Crystal Bridges Museum of American Art. The state agency also signed a second agreement with the vendor to produce and distribute the film. The contracts totaled $100,000.

Pledger also signed away revenue rights to go to the AETN Foundation -- a private fundraising entity -- instead of the network.

The network commission -- after nearly two hours in executive session in May to discuss a performance evaluation for Pledger -- voiced its support for Pledger and praised the initiatives she has developed during her two-year tenure.