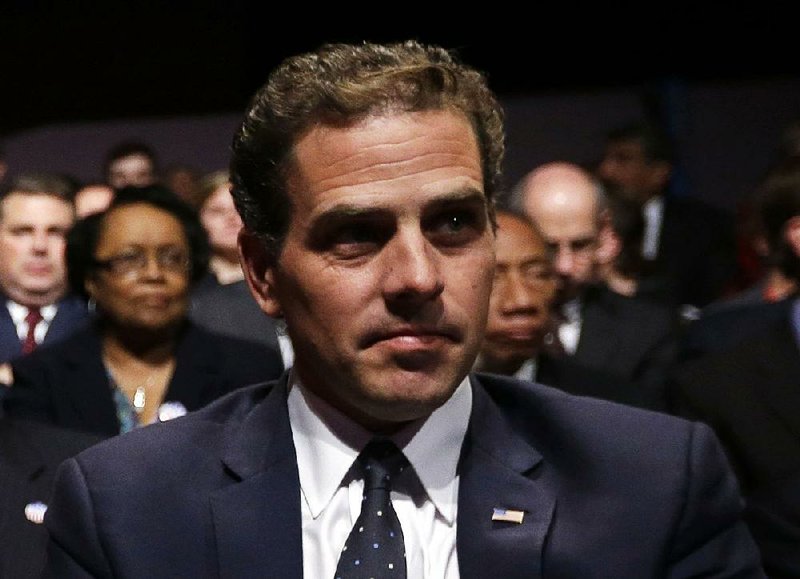 DNA testing has established, “with scientific certainty,” that Hunter Biden is the father of an Arkansas baby, according to a motion filed Wednesday in Independence County on behalf of the child’s mother, Lunden Alexis Roberts.

Biden, son of former vice president Joe Biden, “is not expected to challenge the results of the DNA test or the testing process,” the filing states.

An attorney for Hunter Biden, former Arkansas Attorney General Dustin McDaniel, did not immediately respond to a request for comment.

The baby’s “paternal grandfather, Joe Biden, is seeking the nomination of the Democratic Party for President of the United States of America,” the mother notes. “He is considered by some to be the person most likely to win his party’s nomination and challenge President Trump on the ballot in 2020.”

The Arkansas Democrat-Gazette posted a story early this afternoon about the DNA test-related court filing. Soon after, the Trump campaign tweeted out a link to the article, adding three words of its own: "Congratulations, Joe Biden!"

Hunter Biden, who initially denied having sexual relations with Roberts, eventually agreed to take a DNA test, according to documents filed by Roberts’ attorney, Clint Lancaster.

This story was originally published at 2:30 p.m.