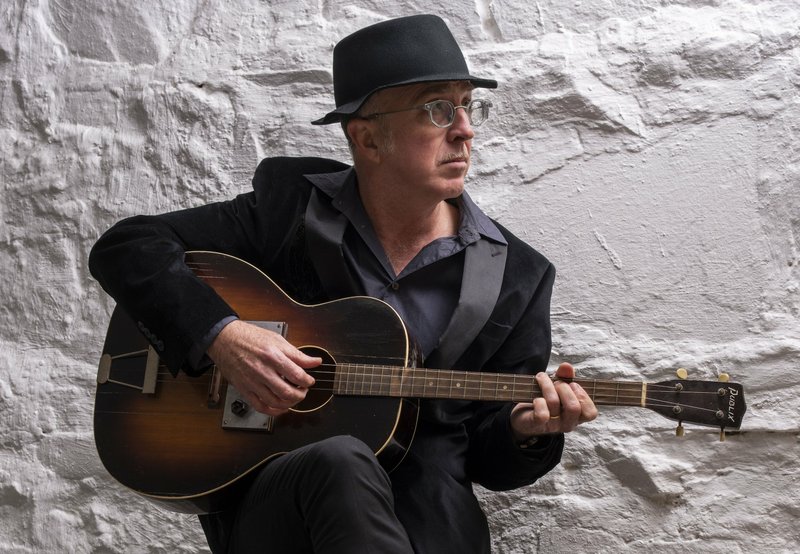 Singer-songwriter Chris Maxwell returns to his hometown of Little Rock for a performance on Saturday that will benefit the Joe Cripps Foundation.

Singer-songwriter Chris Maxwell returns to Little Rock for a show on Saturday benefiting the foundation for missing musician Joe Cripps. It will also be a reunion of his old band, the Gunbunnies.

Right now, though, he's driving back to his Woodstock, N.Y., home on an early November afternoon after a hike with his wife, Kelly.

An Evening with Chris Maxwell

"It's been overcast most of the day, but it's turned out to be a really lovely fall day," he says.

Maxwell grew up in Little Rock and played in the Blunads, which included Bruce Hulsey, David Jukes and Cripps. After Cripps and Hulsey left, Maxwell and Jukes started the Gunbunnies with Brent Smith Lebeau and Jud Martindale.

The 'bunnies signed to Virgin and released Paw Paw Patch in 1990 before breaking up.

Maxwell moved to New York and played in the band Skeleton Key before relocating to Woodstock in 2000. That's where, as part of the production team Elegant Too with fellow composer/producer Phil Hernandez, he produces music for TV shows like Bob's Burgers and Inside Amy Schumer. Their work was also featured in the films Silver Linings Playbook and Hot Fuzz, among others.

Saturday's concert is a fundraiser for the Joe Cripps Foundation. Cripps was part of the Little Rock and Texas music scenes and was the drummer for Grammy-Award winning polka band Brave Combo. He was reported missing from his Little Rock home in October 2016.

The foundation was started to support drummers and the percussive arts. According to its Facebook page, the group seeks "to improve the lives of percussionists everywhere, no matter their age or skill level, in meaningful ways. You know, just like Joe did."

"He was an old friend of mine," Maxwell says. "We'd been buddies since we were 11 or 12 years old. This is for Joe and his family and remembering him, his legacy as a musician in Arkansas and Texas and how important he was to the scene."

Along with his TV and film work, Maxwell makes his own records of well-crafted, adult pop rock and his latest, New Store No. 2, will be released Feb. 14 on Little Rock label Max Recordings.

The title track debuted last week as the first single and video; the jazzy "Walking Through the Water," out Friday, is the next single and video release. Maxwell says there will be a single in January and another in early February before the album drops.

New Store No. 2 is the followup to 2016's excellent Arkansas Summer, and is a sort of extension of that album.

"I didn't really intend for it to be that, but once I started writing the record it's just more of a similar feeling and kind of songwriting," he says. "There's some autobiographical material on this one having to do with my grandfather, my brothers, friends of mine, but then there's my weird little pop songs on there as well."

The title cut is about Maxwell's grandfather, who came to Arkansas from Beirut in the 1920s and opened a store at Morrilton.

"It's about him being an immigrant and being accepted and was a part of the community," he says. "It sort of drove the record a little bit and I realized that I wasn't done with that, I wanted to write more about it."

Maxwell says this will be the first time the Gunbunnies have played together in "25 or 30 years." He is coming into town a few days early to jam and rehearse with his old mates, he says.

He will also be joined by his friend Ambrosia Parsley, former lead singer of Shivaree whose song "Goodnight Moon" was used in Kill Bill 2.

"She's been hearing about where I live the whole time we've been friends and when I told her I was going to Little Rock to play, she said, 'I want to go.'"

Beyond his own music, Maxwell and Hernandez are busy with TV work.

"We're working on a new record for Bob's Burgers," he says. "That's a really fun project. And we just did a song with Fiona Apple for one of the Bob's Burgers episodes. We wrote the music and she sang it."

CORRECTION: An earlier version of this story listed an incorrect date for Chris Maxwell's performance at Arkansas Record-CD Exchange. It is today at 5:30 p.m.