University of Arkansas: No meeting with Memphis Coach Mike Norvell 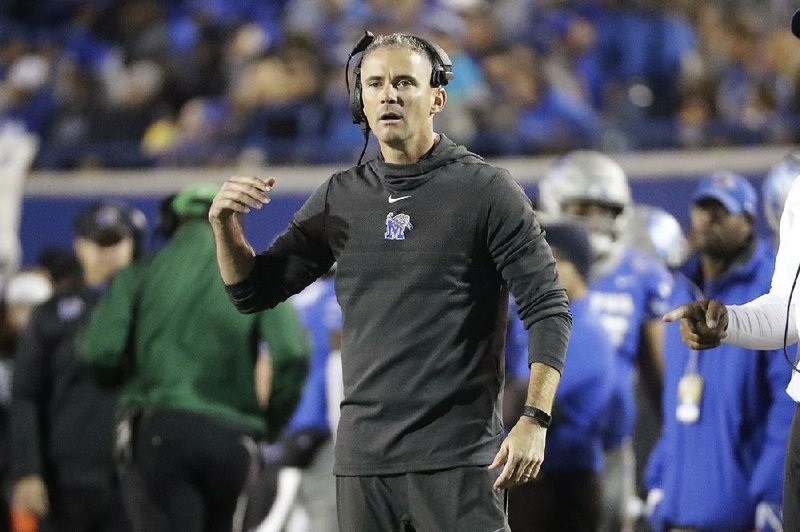 Memphis head coach Mike Norvell watches from the sideline in the first half of an NCAA college football game against SMU Saturday, Nov. 2, 2019, in Memphis, Tenn. (AP Photo/Mark Humphrey)

No surprise that the news of University of Arkansas officials meeting with Memphis Coach Mike Norvell was wrong.

Arkansas Athletic Director Hunter Yurachek has not met with Norvell, nor has anyone from the UA Athletic Department.

Seems the news planted with the website Football Scoop was fake.

According to the website, Norvell had met Thursday morning with someone from the UA Athletic Department, but that is being strongly denied by UA officials.

It has been reported he was up for the Florida job almost two years ago, but his name was dropped from their process.

The University of Florida does not hire head hunters to find coaches. They have coaches vetted.

Norvell, 38, played football at the University of Central Arkansas and has led the Memphis Tigers to a 9-1 record this season.

If the Tigers, currently No. 18 in the College Football Playoff rankings, win out, that would include a win over No. 19 Cincinnati in the their final game of the season. It would also put them in line to play in the Cotton Bowl.