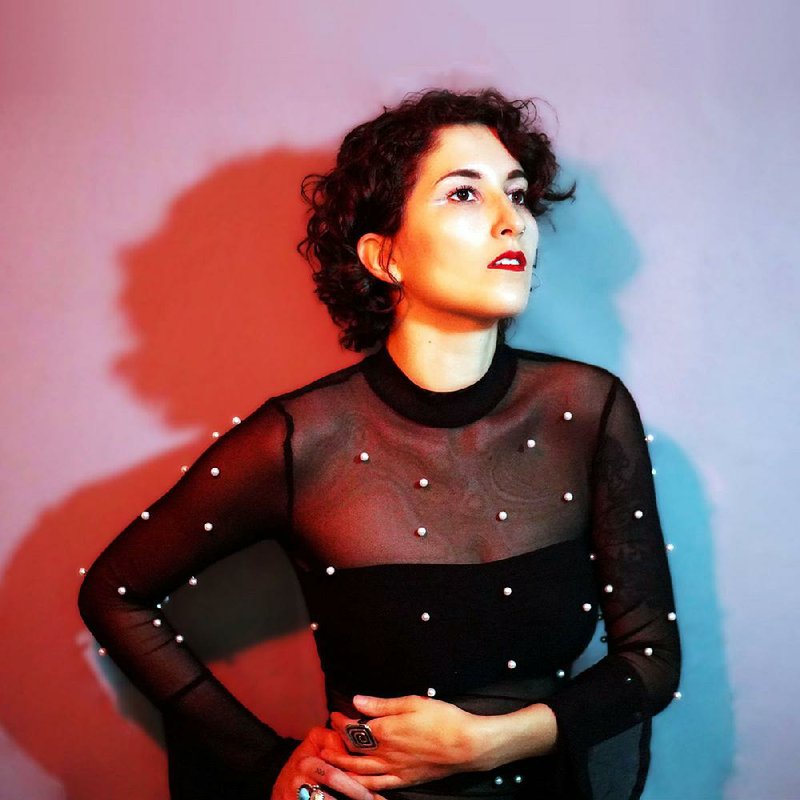 "Let You In," the new video from Arkansas native Jessica Ott, who records as Whoa Dakota, is a bucolic, summery affair that shows Ott in woods and streams around her then-home in Whites Creek, Tenn.

Directed by Samantha Zaruba and Bri Eden, the video highlights a striking, unadorned track from Ott's 2018 album Patterns. Featuring just her voice and ukulele, the song is a simple, sweet ode to feminine strength and the benefit of keeping unhealthy relationships at a distance. The woodsy setting for the video reflects how the song was made.

"That song was recorded outside with a mic and a ukulele and voice. There's a little bit of reverb on it, and that's it," says Ott, who returns home Friday to perform at Stickyz Rock 'n' Roll Chicken Shack. Conway band The Cosmic Farmer will open. "At the time I wrote it, three women in my life were struggling with major heartbreak with their partners. It was a love song to the people in my life who were struggling ... it's about taking a stand and saying, 'I can't let you in right now.'"

Ott was speaking from the road earlier this month as she and her bandmates were headed to a show in Madison, Wis. From there they were off to Chicago and Louisville, Ky.

[Video not showing up above? Click here to watch » https://www.youtube.com/watch?v=g6D76EqFfvQ]

"I don't really know where we are right now," she says. "I haven't been driving. I'm watching Sister Act."

The 29-year-old singer-songwriter grew up splitting time between her father's farm at Scott and her mom's North Little Rock home in Park Hill.

"There was that back-and-forth with having divorced parents," she says. "I think that cultivated my adaptive personality."

She was a competitive dancer and traveled to competitions with her mom, Stephanie Luker. She also grew up hearing stories from her father, John, about his days as a bull rider in rodeos.

"I think that all of those experiences came together to set the groundwork for what I'm doing now," she says. "I love traveling around."

She graduated from Episcopal Collegiate School in Little Rock and attended DePaul University in Chicago before transferring to Columbia College Chicago where she earned a music degree. She moved to Nashville, Tenn., in 2013.

Patterns followed the 2015 EP I'm a Liar and is a collection of empathetic, organic indie pop combined with shimmering, '80s-influenced electro grooves.

She's working on new music and also has a podcast, Spill the Tea with Whoa Dakota, in which she talks with fellow musicians like Lilly Hiatt, Laura Reed and Brandy Zdan.

"I created this platform to talk about things like comparison culture; can you be a parent while also being a touring musician? And what's it like with finances in the first part of your career? Things most people aren't talking about."