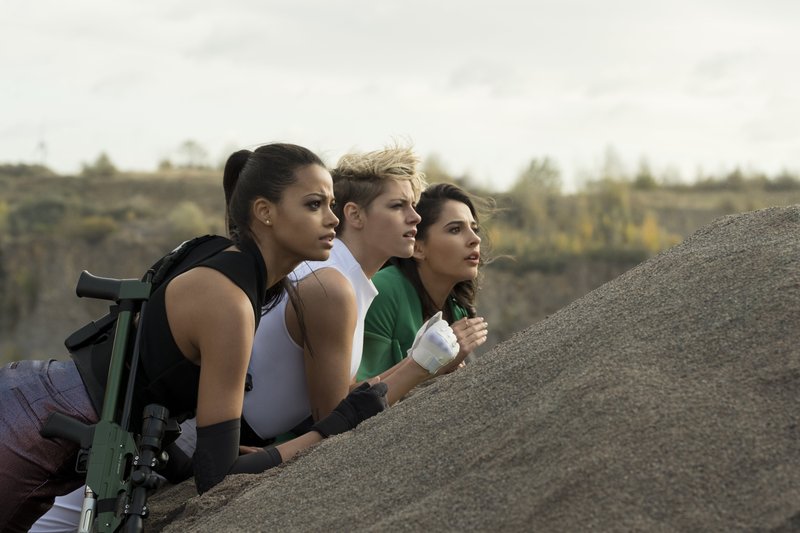 Directed by James Mangold, Ford v Ferrari opened in first place with $31 million, well above analyst projections of $20 million, according to estimates from measurement firm Comscore. Despite the strong showing for a film aimed at adults, the overall box office was down versus a year ago for a fifth straight weekend, falling 37.6% short of the same three-day period in 2018 when Fantastic Beasts: The Crimes of Grindelwald opened with $62.2 million. The year-to-date total now stands at $9.7 billion, 6.2% below last year.

"We knew that it was a real crowd-pleaser. Anywhere we played it, whether at festivals or screenings, people have come out responding so positively to it. We knew that we had a little jewel here," said Cathleen Taff, Disney's distribution chief. "James Mangold and the Fox team, combined with the talent behind it -- Matt and Christian -- it's just a great, exciting, ambitious film. It's exactly what you want to see on the big screen."

Ford v Ferrari, made by 20th Century Fox before the company's acquisition by Disney, is the biggest Fox hit yet released by Disney. Much of the studio's previous Fox output, including Stuber and the X-Men film Dark Phoenix, has flopped. The Ford • Ferrari release comes sandwiched between two major Disney initiatives -- the recently launched Disney+ streaming service, and the forthcoming Frozen II release.

"Ford v Ferrari may have won the race [last] weekend, but the industry is still trying to get out of neutral," Dergarabedian said. "We need Frozen to thaw out this box office."

The $50 million movie is in the same canon as the '70s television series, McG's 2000 film of the same name and his 2003 sequel, Charlie's Angels: Full Throttle. It earned a mixed reception with a B-plus CinemaScore and a 59% rotten rating on Rotten Tomatoes.

Rounding out the top five, Universal's Last Christmas added $6.7 million in its second weekend (a 41% drop) for a cumulative $22.6 million.

At No. 7, the studio's The Good Liar, a mystery starring Helen Mirren and Ian McKellen, was the weekend's other new wide release.

It earned so-so reviews with a B CinemaScore and a 63% fresh rating on Rotten Tomatoes. It managed a modest $5.7 million, adding to a string of underperforming adult-targeting releases for the studio, including Blinded by the Light, The Goldfinch and The Kitchen.

Those disappointments all pale, though, to the No. 8, the Warner success whose name is Joker. The film added $5.7 million in its seventh weekend for a cumulative $322.6 million, the first R-rated movie to surpass $1 billion in global ticket sales.

At No. 9, Disney's Maleficent: Mistress of Evil added $5.2 million in its fifth weekend for a cumulative $106 million.

Rounding out the top 10, Focus Features' Harriet added $4.8 million in its third weekend for a cumulative $31.9 million.

Amazon opened the political thriller The Report with Adam Driver in limited release but said it will not report box office grosses for the film, the first time the studio has done so. It begins streaming on the studio's Prime Video on Nov. 29. Similarly, Netflix opened awards qualifying runs for Atlantics and I Lost My Body but the streamer does not report grosses for its films.