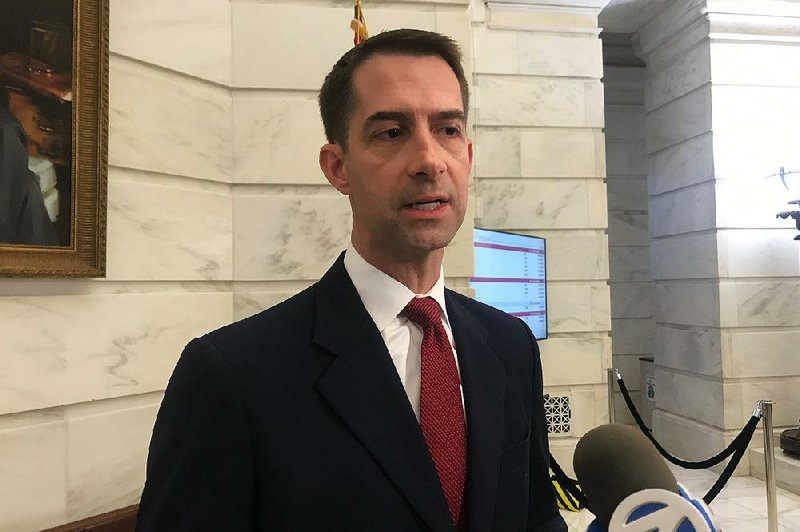 U.S. Sens. John Boozman and Tom Cotton highlighted the 200th anniversary of the founding of the Arkansas Gazette, noting, during Senate floor speeches Thursday morning, the newspaper's role in shaping and recording Natural State history over the past two centuries.

Unable to attend the Arkansas event, the lawmakers instead praised the paper from Capitol Hill.

During his seven-minute address, Cotton traced the evolution of the paper from a simple log cabin in the territorial capital, Arkansas Post, to a statewide institution, printed in Little Rock and available, via the internet, around the globe.

With few disruptions -- including fire in the 1850s and federal occupation in the 1860s -- the Arkansas Gazette and its successor, the Arkansas Democrat-Gazette, have been published regularly for two centuries, he said.

The Republican from Dardanelle, a former Harvard Crimson editor, emphasized the Gazette's leadership during the integration of Central High School in 1957.

"The Gazette and its editorial writer, Harry Ashmore, covered the turmoil surrounding Little Rock's integration with decency and firmness, insisting that Arkansas fulfill its obligation to all our citizens on an equal basis, without regard to race," Cotton said. "This editorial crusade lost more than a few subscriptions -- but won the Gazette two Pulitzer Prizes, 'for demonstrating,' in the words of the Pulitzer committee, 'the highest qualities of civic leadership, journalistic responsibility, and moral courage.'"

The move ensured that Arkansans would have a locally owned paper for decades to come.

"And now the Democrat-Gazette is again changing with the times, through the capable leadership of Walter Hussman, his family, and David Bailey, the managing editor. This time the paper is transforming for the digital era, moving from paper to screen -- and it's even giving away free iPads to subscribers to ease the transition," Cotton said. "So if you're not a subscriber already, consider supporting our local journalism in Arkansas. It's got a bright future up ahead."

An easel beside Cotton displayed historic front pages from the Arkansas Gazette and Arkansas Democrat-Gazette through the years, including Little Rock school integration in 1957, the moon landing in 1969, the explosion of the space shuttle Challenger in 1986, the fall of the Berlin Wall in 1989, the inauguration of Clinton in 1993 and the attack on the World Trade Center in 2001.

During his remarks, Cotton emphasized the paper's "Arkansas focus."

Cotton also portrayed the Democrat-Gazette as an exemplar.

"Today, unfortunately, many venerable newspapers have fallen on hard times. Too many journalists can't be bothered to get the story right and too many local communities are losing parts of their identity. Which is all the more reason to celebrate newspapers like the Democrat-Gazette, which do get the story right and have preserved their distinctive character throughout the years," he said.

"Some things may change. The Democrat-Gazette of the future may be heralded by the bright glow of a screen rather than the rustle of the news page. But other, more important things stay the same. Like integrity, impartiality and credibility," he added.

The paper, Cotton said, "holds its reporters to the highest standards of accuracy and ethics. Walter Hussman publishes these high standards -- that won the Gazette two Pulitzer prizes -- every day on Page 2 of the newspaper in its Statement of Core Values."

That statement reads, in part: "Credibility is the greatest asset of any news medium and impartiality is the greatest source of credibility," Cotton noted. "And the Democrat-Gazette practices what it preaches -- and for that reason it continues to succeed, 200 years on," he added.

The senator closed by offering his congratulations to "the Hussman family, the Democrat-Gazette and all of their many hardworking professionals and journalists."

Boozman, who spoke second, called the newspaper "a true Arkansas institution," and paid tribute to "the men and women that have made it great in the past and continue to make it great into the future."

"For generations this publication has been a primary source of reliable and comprehensive news that has shaped the way Arkansans view the world. It has constantly challenged the status quo and examined the decisions of elected leaders while pursuing transparency and accountability," he said.

"The importance of the Arkansas Democrat-Gazette in today's media landscape cannot be overstated," he said. "In some cases, it is the sole source of news for many small towns in Arkansas as local newspapers continue to cease operations, especially those serving rural areas."

During his remarks, the Republican from Rogers highlighted the importance of a free press -- not only to Arkansas but to all mankind.

"Journalism is a pillar of our democracy. Our founders understood the importance of a free press and included protections in the First Amendment that safeguard and ensure the ability of reporters and the publications they write to hold the powerful to account," Boozman said. "We must continue to promote a free and open press in the United States and around the globe."

At the close of his nearly seven-minute address, Boozman congratulated the paper's "leaders and staff" for making the Arkansas Democrat-Gazette a "responsible and reliable source of information." 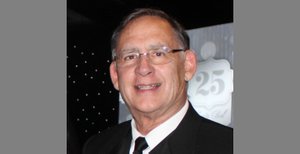 Sen. John Boozman is shown in this file photo.