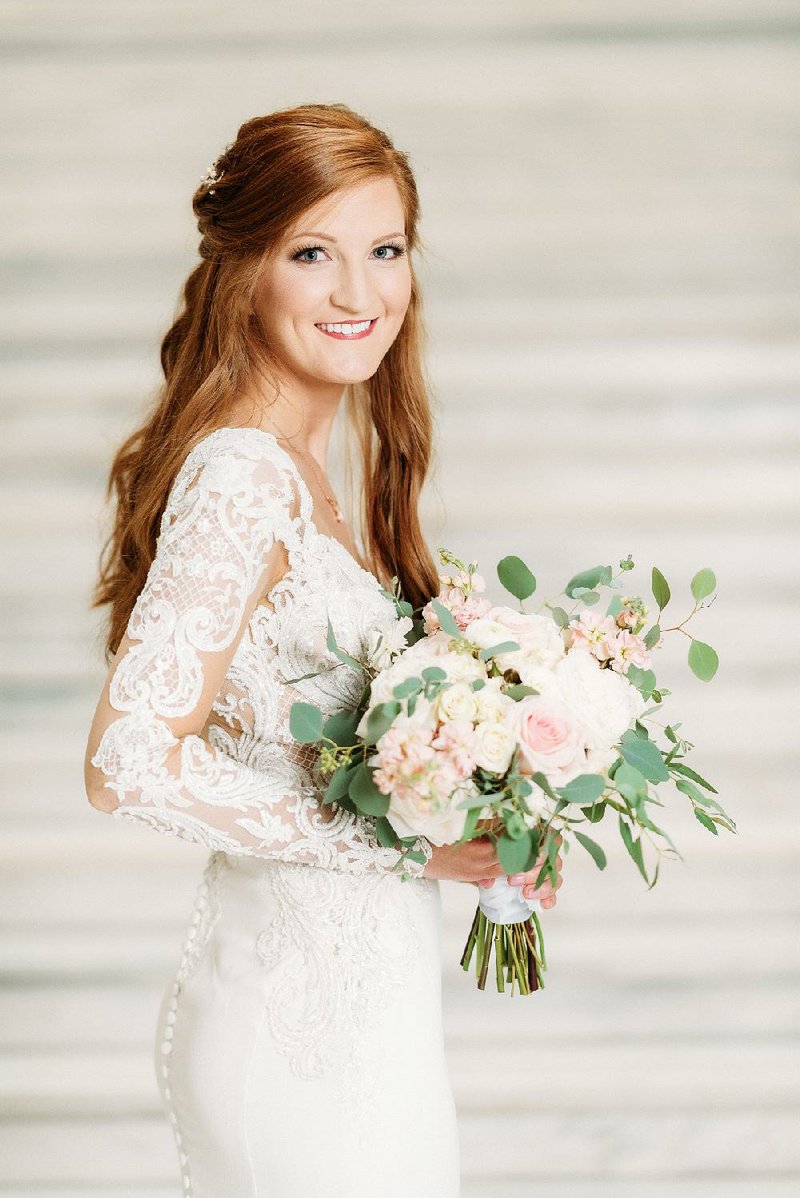 The bride is the daughter of Cynthia and Steve Kordsmeier of Sherwood. Her grandparents are Irene and Louis G. Kordsmeier Jr. of Morrilton and Barbara and the late Gerald Cagle of Russellville.

Music was by organist and vocalist Steve Guilmet and cellist Brie Anwar.

The bride, given in marriage by her parents, wore an ivory crepe and Venice lace gown. The bodice with a decolletage neckline had hand-beaded lace and illusion sleeves.The trumpet-style skirt extended to a chapel train with scallops of Venice lace. She carried a bouquet of garden roses, eucalyptus, ranunculus, and spray roses.

The bride's honor attendants were Lauren Byram of Bryant and Monica Mace of Fort Worth. Bridesmaids were Amy Clark, sister of the bride and Tina Kordsmeier, sister-in-law of the bride, both of Sherwood; and Mara George, Colleen Clement and Jessica Kordsmeier, cousin of the bride, all of Little Rock. They wore gowns in shades of champagne, blush and dusty rose and carried bouquets of roses and eucalyptus.

Flower girl was Elliot Launet of Little Rock. Ring bearers were Henry Kordsmeier of Hensley, nephew of the bride, and Hays and Ford Fowler of Little Rock, nephews of the groom.

The bride has a doctor of pharmacy from the University of Arkansas for Medical Sciences and is a pharmacist.

The groom also has a doctor of pharmacy from UAMS and is a pharmacist.

After a honeymoon in New Zealand, the couple will live in Little Rock.