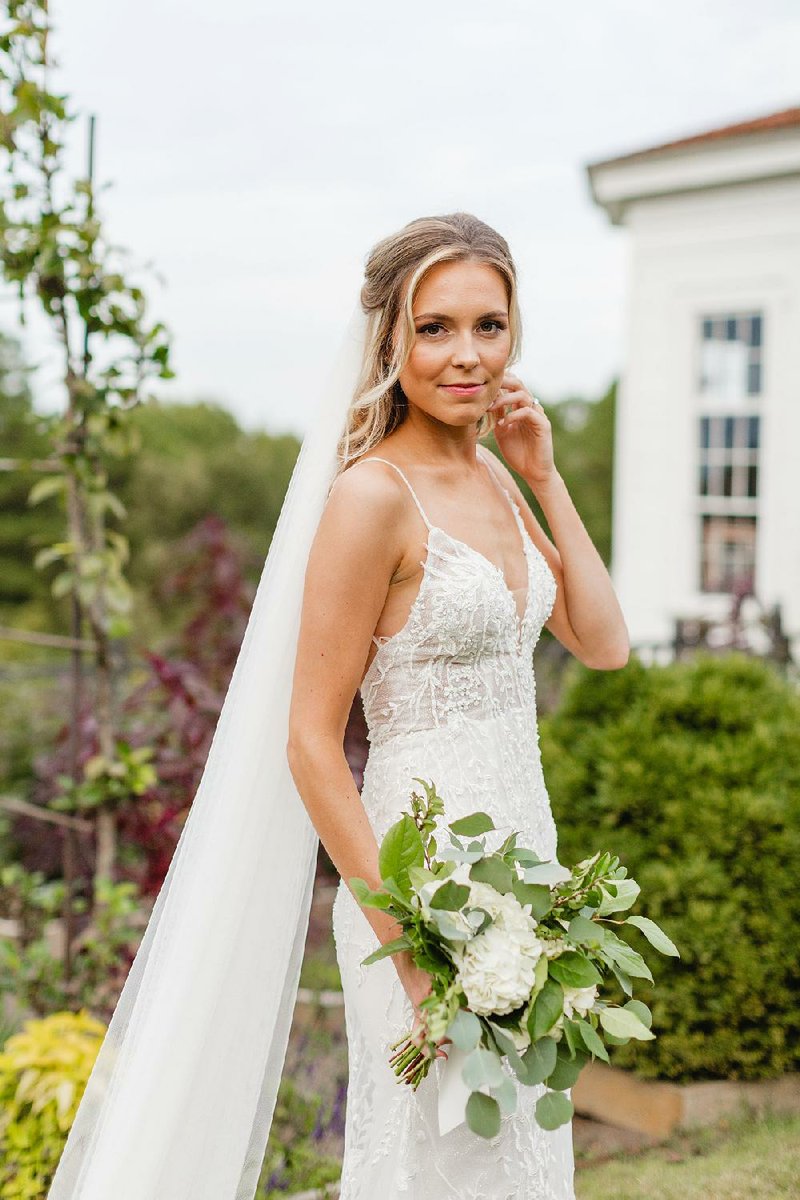 The groom is the son of Mary Anne and Greg Walter of Garland, Texas, and Mary Jane Broussard and Mike Reinlein of Dallas. His grandparents are Patricia and the late Richard Reinlein of Southfield, Mich., and the late Margaret and Joseph Starr of Richardson, Texas.

The bride, given in marriage by her father, wore a fit-and-flare gown embellished with lace appliques. She carried a cascade of anemone, roses and ranunculus.

Sydney Hum of Conway served as her sister's maid of honor. Bridesmaids were Ellen Hain and Julia Petit, both of Dallas; Catherine Grant of Austin, Texas; Abby Rinchuso and Caitlyn Carroll, both of Little Rock; Marisa Molinaro of North Little Rock; Mackenzie Clyburn of Kansas City, Kan.; Hollyn Smith of Oklahoma City, cousin of the bride; and Kelley Reinlein of Garland, sister of the groom. They wore gowns of sage green chiffon and carried bouquets of white hydrangeas.

Best man was Brooks Vehslage of Frisco, Texas. Groomsmen were Spencer Broussard of Dallas, brother of the groom; Jack Treat and Taylor Stroud, both of Dallas; Joel Harris of Fayetteville; Sean Spicer and Mason Lee, both of Irving, Texas; Bill Brown of Kalamazoo, Mich., cousin of the groom; Adam Magill of Plano, Texas; and Jonah Hum of Little Rock, brother of the bride.

Guests were seated by Trevor Ferguson of Dallas and Bentley Banister of Memphis.

A reception was held at the Country Club of Little Rock. Guest tables were covered in dusty rose and sage green velvet table cloths and centered with arrangements of wedding flowers. The song for the first dance was sung by friend of the groom, Cole Vehslage of Richardson, Texas. Music was by Party Jammers of Memphis.

The groom is a also a UA graduate and has a bachelor's degree in finance and supply chain management. He is an enterprise sales executive at J.B. Hunt.

The couple will live in Austin, Texas, after a honeymoon in Maui and Kauai, Hawaii.