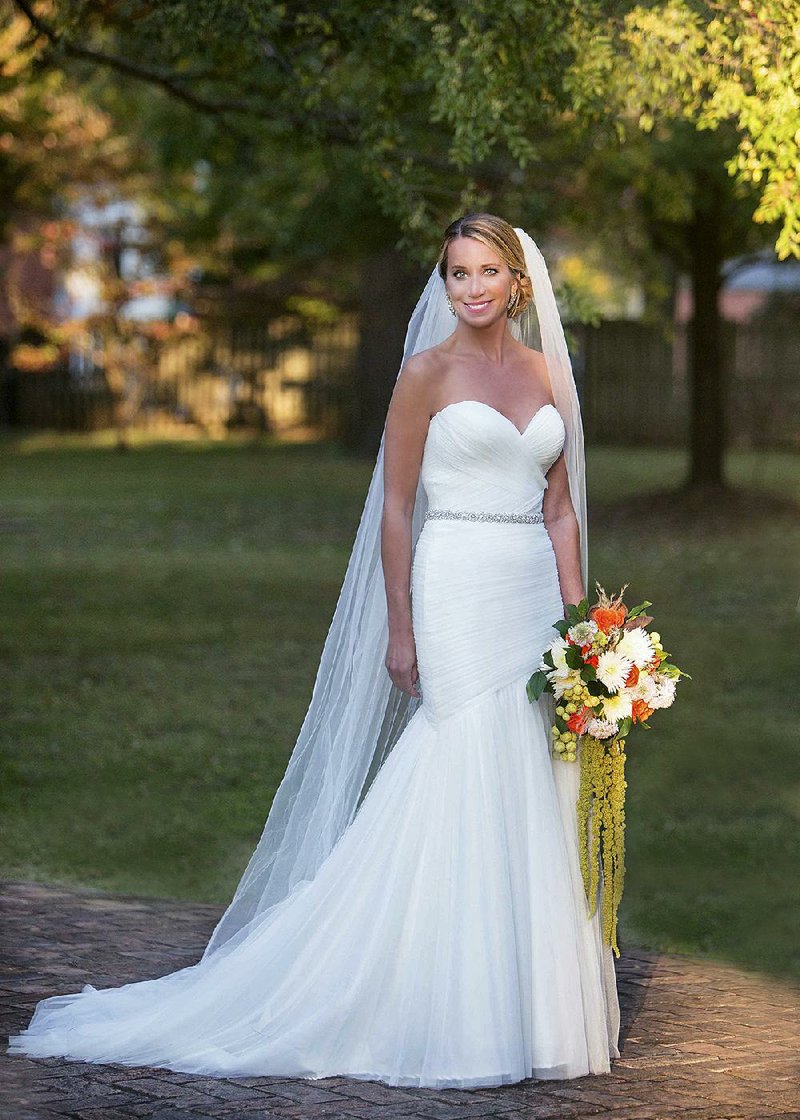 The bride is the daughter of Deborah and John Rees of Little Rock. Her grandparents are Joan Brasher Jacobs of Russellville, the late George Brasher of El Dorado, and Thelma and Harold Rees of Jonesboro.

The groom is the son of Laine and Dan Wight of Huntsville. He is the grandson of the late Vida and Stephen Wight and the late Chesley and Roy Pitts.

Vows were exchanged outside. Music was by pianist Justin McCartney, and vocalists Vicki Burnett, Clarissa McNeil and McCartney.

Given in marriage by her father, the bride wore a gown of French tulle over Dolce satin with a Swarovski crystal belt at the waist. She carried a bouquet of white spider chrysanthemums, orange roses, green amaranthus and kiwi hydrangeas.

Emerson Grace Wight of Huntsville, daughter of the groom, was maid of honor.

Junior bridesmaids were Mollie Kate White, Ava Field and Brooklyn Henry, nieces of the bride, and Jaida Swearingen and Juliana Swearingen, nieces of the groom. They wore ivory gowns with pleated organza bodices, thin shoulder straps and ribbons at the waist tied in a bow at the back.

The attendants carried a smaller version of the bridal bouquet.

Flower girl was Grace Elizabeth Rees of Little Rock, niece of the bride.

Serving as best man was David Echegoyen of Springdale. Groomsmen were Shannon Fancher and Josh Thompson, both of Huntsville; Travis Reed of Fayetteville; and John Aaron Rees, brother of the bride, and David White, both of Little Rock. Guests were seated by John David White, Zachary Rees White, Cooper Cash White, Walker Ray White and Sawyer Lee Henry, all of Little Rock, and Jacob Rees Field of Springfield, nephews of the bride.

The bride has a bachelor's degree in elementary education from the University of Arkansas, Fayetteville, where she was a member of Kappa Kappa Gamma and a Diamond Doll for the university's baseball team. She is a recent owner of Companions Women's Clothier.

The groom has a bachelor's degree in poultry science and a master's degree in agriculture business from UA. He is a small business owner and farmer.

The couple will make their home in Huntsville, after a honeymoon in Scottsdale, Ariz.