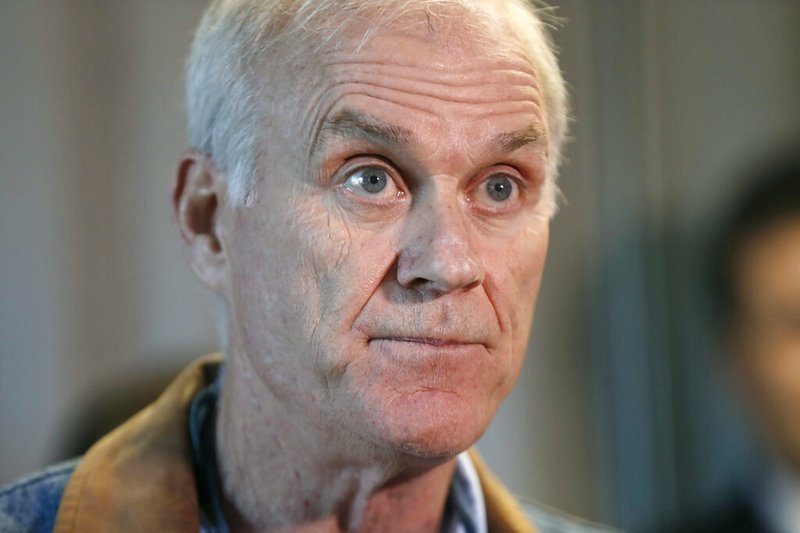 WASHINGTON -- Defense Secretary Mark Esper on Sunday fired the Navy's top official, accusing him of proposing a deal with the White House behind Esper's back to resolve the matter of a Navy SEAL whose case has been championed by President Donald Trump.

Esper said he has recommended to the White House that Trump nominate as Spencer's successor the current U.S. ambassador to Norway, Kenneth Braithwaite, a retired Navy rear admiral.

The firing was a dramatic turn in the controversy involving Navy Chief Petty Officer Edward Gallagher. On Wednesday the Navy had notified Gallagher that he would face a Navy SEAL review board to determine if he should be allowed to remain in the elite force.

Gallagher was acquitted of a murder charge in the stabbing death of an Islamic State militant captive, but a military jury convicted him of posing with the corpse while in Iraq in 2017. He was demoted from chief petty officer to a 1st class petty officer. Trump this month restored Gallagher's rank.

In a statement issued by Hoffman, Esper said he had lost "trust and confidence" in Spencer after learning that the Navy secretary had "privately" proposed to the White House that Gallagher be allowed to retire in his current rank and without losing his status as a SEAL. Esper said that in previous conversations with Spencer about the Gallagher matter, Spencer had not told Esper of his proposal to the White House.

Esper faulted Spencer for a "lack of candor" on the matter.

Hoffman said Esper's position had been that the Navy's disciplinary process should be allowed to "play itself out objectively and deliberately."

"However, at this point, given the events of the last few days," Esper decided that Gallagher should be allowed to retain his SEAL status, Hoffman said. He said Esper had concluded that Gallagher could not, under the circumstances, receive a fair shake from the Navy.

In the written statement, Esper said of Spencer: "I am deeply troubled by this conduct shown by a senior [Defense Department] official. Unfortunately, as a result I have determined that Secretary Spencer no longer has my confidence to continue in his position. I wish Richard well."