PINE BLUFF -- Running back Taeyler Porter ran his way into the University of Arkansas at Pine Bluff record book earlier this season, but the Florida native couldn't have scripted a better ending to his college career in the Golden Lions' regular-season finale.

The senior rushed 30 times for a season-high 197 yards to carry UAPB to an emphatic 45-13 victory over Texas Southern in Southwestern Athletic Conference play on a chilly Saturday afternoon at Simmons Bank Field.

"I give all the credit to the offensive linemen and the coaches," said Porter, who became only the third player in program history to have consecutive 1,000-yard seasons.

Porter, an ASA College Miami transfer who was one of UAPB Coach Cedric Thomas' primary targets when he was hired two years ago. He came into the game needing 170 yards to eclipse 1,000. He reached the milestone on a 38-yard run midway through the second quarter. He also had a 46-yard touchdown run called back in the fourth quarter because of a holding call.

Porter, though, did have a 5-yard scoring run in the first quarter and a 1-yard touchdown in the fourth to help the Golden Lions put a stop to a three-game losing streak and finish with a winning record for the first time since 2012.

"It's a mindset and mentality because you're talking about a senior class that hadn't won five games in five years," said Thomas, who was doused with Powerade by several of his players near the end of the game. "They believed in me and this coaching staff. I told them the next time they pour Powerade on me, it's going to be some confetti coming down because it's the mindset of a champion.

Slow starts have plagued UAPB in its five losses, but the Golden Lions came fast by taking the opening kickoff and driving 77 yards in 10 plays, culminating in Perry's 7-yard touchdown pass to Tyrin Ralph with 11:41 remaining in the first quarter.

"It was the first time we'd ever taken the football to start a game," Thomas said. "I told them Monday in our meeting that we were going to take the ball, score, and then the defense would do everything from there."

After forcing a Texas Southern punt on its first series, UAPB pushed its lead to 10-0 on Zack Piwniczka 19-yard field goal before the Golden Lions started pouring it on in the second quarter. Porter capped a 91-yard drive with his short touchdown run early in the quarter. Following linebacker Isaac Peppers' sack of Texas Southern quarterback De'Andre Johnson and Monroe Beard's subsequent fumble recovery, Perry hurled a 41-yard touchdown pass to wide receiver Harry Ballard on the next snap to give the Golden Lions a 24-point cushion.

Texas Southern momentarily stopped UAPB's scoring spree later in the quarter when defensive end Jarryl Taylor pounced on a Perry fumble at the Golden Lions' 22. Three plays later, Johnson flipped a short pass to wide receiver Ke'Lenn Davis, who ran into the end zone untouched for an 11-yard score with 6:52 to go in the quarter.

The Golden Lions, though, answered quickly. UAPB needed five plays to cover 64 yards, with Patrick finishing it with a 21-yard scoring toss to backup tight end Daryl Carter to give the Golden Lions a 31-7 lead.

Porter responded with a 1-yard score, and Holston, a third-stringer, closed things out with a 71-yard touchdown strike to wide receiver DeJuan Miller. 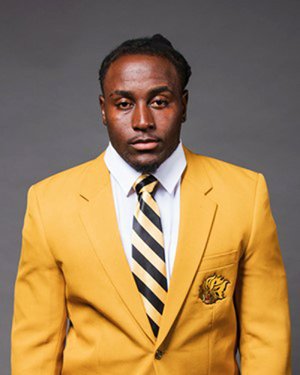