Robbie Robertson's 'Sinematic' has a song about his Band-mates 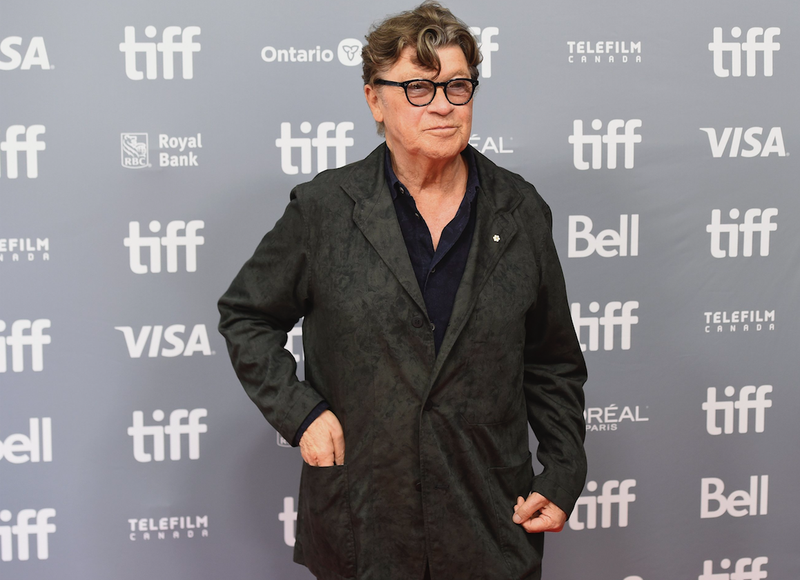 Robbie Robertson has a new album "Sinematic," and also has scored the upcoming Martin Scorcese film "The Irishman." (AP)

NEW YORK -- There's a mournful track on Robbie Robertson's latest album. "Once Were Brothers" is as sad as an obituary. In a way it is.

The former songwriter and guitarist for The Band wrote it in honor of his four Rock & Roll Hall of Fame ex-bandmates, three of whom have died. His raspy voice doesn't disguise his grief.

"When the light goes out and you can't go on/You miss your brothers, but now they're gone," he sings. "There'll be no revival/There'll be no encore/Once were brothers/Brothers no more."

Robertson, 76, said that he was in a melancholy mood when he wrote the song, looking backward on his life while he was helping create a new documentary on The Band.

"I sat down to write a song and I had no idea of what I was looking for or what I was going to do. And this just started coming my way," he said. "I've lost three of my brothers. There's a big piece missing now and I feel it deeply inside."

"Once Were Brothers" is the second track on Robertson's new album, Sinematic, and it became the name to the documentary by director Daniel Roher. The film has been acquired by Magnolia Pictures for release next year.

The atmospheric Sinematic explores the dark parts of humanity, with songs about Chinese and American mobsters, climate change and the human imperative toward violence. "Shall we take a little spin/To the dark side of town?" he asks in the opening song, "I Hear You Paint Houses," about a hitman.

Besides his own music, Robertson has written music for Martin Scorsese's film The Irishman, is writing a second volume of his memoir Testimony and is celebrating the 50th anniversary of The Band's self-titled album with a new boxed set.

Composed of drummer Levon Helm, bassist Rick Danko, keyboardist Richard Manuel, multi-instrumentalist Garth Hudson and Robertson, The Band's signature songs include "The Weight," "Up on Cripple Creek" and "The Night They Drove Old Dixie Down."

The Band's rustic music crossed generational lines at a time when the country was in turmoil and divisive. 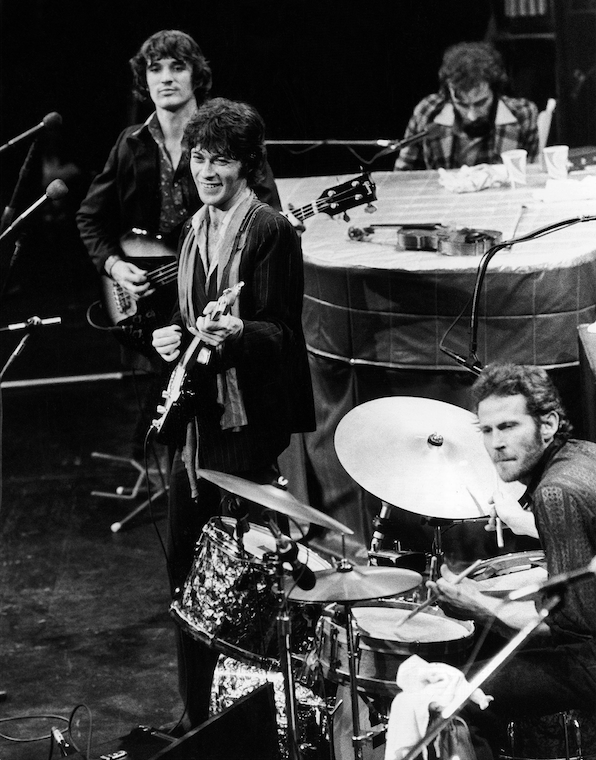 The Band (counterclockwise from top right), Richard Manuel on piano, Levon Helm on drums, lead guitarist Robbie Robertson and bass guitarist Rick Danko, take the stage for their final live performance before a crowd at Winterland Auditorium in San Francisco on Nov. 27, 1976. (AP)

"Nobody was writing songs like that. Nobody was making music that sounded like that," he said. "It was totally against the grain and it ended up having a profound effect on the course of rock 'n' roll and music."

Drugs and dissension soon took their toll, warping the tight musicianship of the members. "For the most part, we were playing to one another and we were communicating with one another. And if somebody is on a different wavelength in that communication, you can't connect," Robertson said.

The Band broke up in 1976, going out with a bang in a memorable concert finale that was turned into the film The Last Waltz, directed by Scorsese. Robertson said the idea was to celebrate the band and let all its members take a breather.

"Then we would come back together and the idea was to create something as good as anything we'd ever done," he said. "At some point it was obvious that everybody forgot to come back."

Other members of The Band grew bitter about the many songwriting credits that Robertson accumulated and the original band members -- except Robertson -- regrouped and began touring in the 1980s. Helm expressed his anger at Robertson in an autobiography and was absent when The Band was inducted into the Rock & Roll Hall of Fame.

The 50th anniversary deluxe edition of the album The Band features one the group's biggest culture-shifting moments: its 1969 performance at Woodstock, which has never been officially released. Robertson recalls hitting the stage on the final night of the three-day festival and having to win over the audience.

"People were jumping up and down and muddy and wild and having the time of their lives and they wanted to rock. They wanted to get crazier, even. And when we went out and played, it was similar to somebody coming out and playing hymns," he said. "We left and they went right back to the other thing. But for that period of time, they kind of went to church or something."

Robertson's solo career has included a lot of film work. He said he grew up as a film buff and revered directors like Ingmar Bergman, Orson Welles and Akira Kurosawa. "If I hadn't become so addicted to music at such a young age I would have ended up in movie land and would have been a writer or a director or something."

He forged a natural bond with Scorsese, working on the director's Casino, Raging Bull and The Departed. It was Robertson who used funky, dirty Southern blues in The Wolf of Wall Street. His score for The Irishman "is unlike anything I've ever done in my life."

When asked if he's enjoying the process of digging in his past and creating new music, Robertson casts back to when he was an awestruck teenager. He recalls being 16 and leaving Canada for the Mississippi Delta with the crazy idea of getting hired by rockabilly icon Ronnie Hawkins.

"At this stage in my life I think I'm still on that mission. I'm still doing that. I'm still so curious and I'm so much enjoying the discovery process," he said. "I just I don't know how to stop."

Print Headline: Robertson's Sinematic has one song for bandmates