Outside help often the answer for negotiating regulations by JOYCE M. ROSENBERG THE ASSOCIATED PRESS | November 24, 2019 at 1:40 a.m. 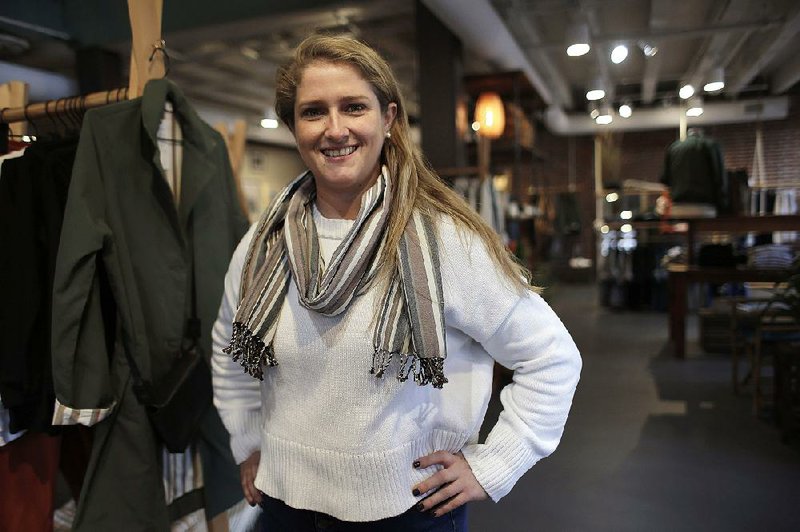 Annie Venditti, vice president of operations at clothing retailer American Rhino in Boston, said about dealing with new laws: “You learn by trial and tribulation.”

NEW YORK -- When American Rhino, a retailer inside Boston's Faneuil Hall, expanded to an unused space on the landmark building's second floor, the company discovered the labyrinth that is local laws and ordinances.

"There were lots of twists and turns -- you really don't know what's going to happen next," said Annie Venditti, the company's vice president of operations. "You learn by trial and tribulation."

As American Rhino renovated the space, it had to work with the Fire Department, going through inspections that turned up more requirements it had to comply with -- for example, where lights had to be placed. Then, when the space was ready and the retailer wanted to rent it out for events, there was back-and-forth with liquor licensing officials.

State and local laws and ordinances can be vexing for small-business owners who find they have a list of requirements to comply with while trying to run their companies. And laws continually go on the books as officials look after the welfare of citizens, workers and the environment. The laws and ordinances may affect businesses of all sizes, but small companies can find compliance more difficult because they don't have employees whose job is to keep abreast of new requirements.

Owners also must comply with federal laws and regulations that can be seen as more burdensome than state and local requirements, in part because tax and health laws and rules affect every company, and labor laws create responsibilities for every employer. There are also thousands of federal regulations that individually affect smaller numbers of businesses, often because they govern specific industries, although President Donald Trump's administration has been eliminating or rewriting some of those rules.

Many companies, including American Rhino, turn to consultants and professionals to help ensure that they comply with rules, whether they're doing construction, running a retailer, restaurant or medical facility, employing people or just paying taxes. Consultants and pros like lawyers and accountants are continually on the lookout for changes in requirements; while many take effect Jan. 1 or July 1 in any given year, others can become effective on a less memorable date or may be immediately enforceable.

Technology consultant Larry Kovnat is hearing more from his small-business clients these days -- they need to know about a new law aimed at protecting New York residents' private information from cybercriminals. The law, the Stop Hacks and Improve Electronic Data Security Act broadens the types of information to be protected and the types of data breaches that must be protected against. It makes anyone, a person or a business, that owns or licenses a New York resident's private information responsible for reporting a breach.

Data protection and privacy laws like the New York act, which takes effect March 21, and the California Consumer Privacy Act, which goes in effect Jan. 1, are becoming more common, creating more work even for companies outside the states where the laws are enacted.

"Any business is responsible for understanding the environment it operates in," said Kovnat, who works for the technology company iV4 in Rochester, N.Y. "They might not have the expertise or resource to deal with this on their own."

Adam Calli has been telling new Washington, D.C., clients about the law taking effect in July that grants paid family leave to employees; to comply, companies must pay taxes and file reports with the local government.

"Cities, states and counties are being more active" in requiring paid sick leave and family leave for workers, said Calli, founder of Arc Human Capital, a human resources consultancy based in Vienna, Va.

Meanwhile, Calli notes, more small businesses have employees who work remotely, which makes an owner responsible for complying with labor laws and ordinances in far-off states.

"Owners are faced with the challenges of dealing with all these rules that may only apply to a couple of staff members or one staffer," Calli said.

Compliance can be expensive. Thibaud Clement estimates that it takes one month of a software engineer's work over the course of a year to make his company's social media management software compliant with privacy laws. He also has to pay an attorney to make sure his Los Angeles company, Loomly, is meeting federal, state and local labor laws.

It's also time-consuming to try to stay on the right side of laws and ordinances. Calloway Cook said he's spent hours on the phone with Massachusetts tax officials, trying to understand how to comply with the state's paid-leave laws. Although Cook is the owner and sole employee of his dietary supplement company, Illuminate Labs, he must register with the state and withhold taxes from his pay that will fund paid family and medical leave that he might take.

"It's frustrating that I have to spend far more time with local laws than even federal laws regarding my business," Cook said.

Mary and Mario Passalacqua learned in the course of renovating the barn near their Stockton, N.J., inn that complying with local regulations would take up more time than they could spare from the day-to-day demands of running the business. So they hired a consultant who could guide them through the building and environmental regulations.

"Just the applications can be quite lengthy and take time to complete," said Mary Passalacqua, general manager of the Woolverton Inn. She has an MBA but she still needs to consult lawyers and architects -- they have the knowledge about construction and land-use regulations that she doesn't have.