• Rappers Iggy Azalea and Playboi Carti have told Atlanta police that $366,000 worth of jewelry was stolen from their rental home. The Atlanta Journal-Constitution says a police report filed Nov. 17 lists 19 pieces of jewelry including diamond rings, platinum bracelets and luxury watches. Amethyst Kelly, who performs as Iggy Azalea, told police the theft occurred Nov. 14, when the back door was unlocked so Jordan Carter, known as Playboi Carti, could get in. The report says that at some point, they realized a designer bag in which they keep jewelry was missing from the second-floor dining room of their 6,500-square-foot home. It says surveillance video shows a masked gunman wearing gloves coming in the back door just after 9:50 p.m. and leaving within 10 minutes.

• Taiwanese filmmaker Ang Lee says China's boycott of Taiwan's Golden Horse film awards demonstrates how politics can take its toll on the arts. Beijing's order to give Saturday night's awards show the cold shoulder was part of its campaign to ratchet up economic and political pressure on the island it claims as its own territory. Speaking to reporters Saturday night, Lee said politics was "an aspect we do not want to see. But we have to face it, because we live in this world." "Everybody knows it, it is indeed a loss, no matter the red carpet or the films," said Lee, the festival's chair. "But of course, our best films, I personally think that they are not less good than the previous years. We still have very good films this year." China held its own Golden Rooster film awards Saturday, featuring films approved by Communist Party censors. Even without the ban, Chinese artists might have found it difficult to attend after Beijing issued a ban on solo travel to Taiwan beginning Sept. 1. Chinese participation came into doubt following last year's ceremony, when documentary director Fu Yue said in her award acceptance speech that she hoped the world would one day recognize Taiwan as an independent country, something only a handful of nations currently do. Taiwan split from mainland China amid civil war in 1949, but Beijing considers the self-ruled island part of its territory. Speakers at Saturday's Golden Horse Awards also expressed support for anti-government protesters in the semi-autonomous Chinese territory of Hong Kong. Entertainment figures in Taiwan and Hong Kong have routinely been blacklisted in China after expressing pro-independence or pro-democracy views. 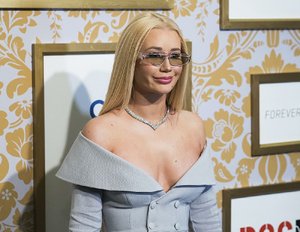 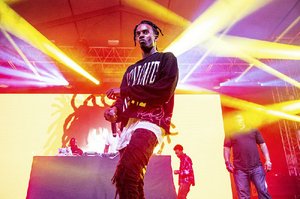 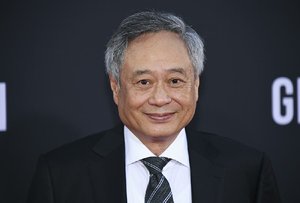