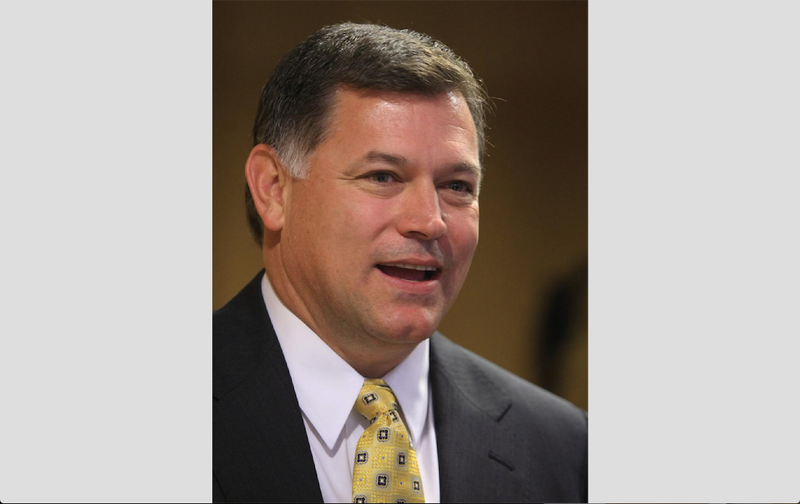 Bud Cummins, former U.S. attorney for the Eastern District of Arkansas, confirmed in a Monday interview that he was approached in 2018 by intermediaries for Ukraine's then-Prosecutor General Yuriy Lutsenko, who requested Cummins' assistance with contacting federal law enforcement authorities.

Cummins said he contacted U.S. Attorney Geoffrey Berman of Manhattan, N.Y., with the information, which Cummins said he never vetted. But Cummins said he dropped the matter when Berman seemed uninterested after a brief phone call and several emails.

The allegations eventually made their way to President Donald Trump, and his call for an investigation of the Bidens is now at the center of the U.S. House of Representatives' impeachment inquiry.

Cummins' role in the matter was first reported on Sunday by the left-leaning news site Talking Points Memo.

"It's basically a simple deal," Cummins said Monday. "Some people came to me with allegations. I tried to take them to the place I thought that something like that should be handled confidentially and professionally and officially. It didn't work out, and I dropped it. I didn't try to misuse the information and inject it into the general political debate. And I had no role getting it out there when it eventually did roll out."

Cummins' role has been made public at the same time that U.S. Sen. Lindsey Graham, a Republican from South Carolina who chairs the Senate Judiciary Committee, is calling for an investigation into the Bidens.

In a letter dated Friday, Trump's attorney Rudy Giuliani told Graham that a former U.S. attorney could provide emails and memoranda documenting that in October 2018, he submitted information to the federal authorities "about Ukrainian falsified information to affect the 2016 election and the exercise of influence by Joe Biden in exchange for payments to Hunter Biden."

Cummins confirmed that he had spoken with Giuliani and that he was the person referenced in Friday's letter. He said he would supply those documents to Congress if requested, unless they would in some way endanger attorney-client privilege.

The allegations are part of the ongoing impeachment inquiry into Trump over his request that Ukraine announce an investigation into the Bidens and the Ukrainian gas company Burisma, where Joe Biden's son Hunter Biden sat on the board.

As vice president, Joe Biden was the Obama administration's "point man" on Ukraine policy, and he pressured the government to fire former chief prosecutor Viktor Shokin.

At the time, Shokin was overseeing an investigation into Burisma, which had added Hunter Biden to its board two years earlier.

However, U.S. and European officials widely view Shokin as corrupt and incompetent, and the then-vice president's request mirrored the broader U.S. and European stance. Democratic members of Congress, the Bidens and U.S. diplomats focused on Ukraine have decried the allegations against Joe Biden as baseless.

Cummins said he didn't vet the information before passing it to Berman, whom Cummins said he knew from their work on Trump's presidential transition team. He said he felt that it was the Department of Justice's job to investigate the veracity of the claims. He said he has never accused the Bidens of a crime.

Cummins said he wouldn't have forwarded the information to federal authorities if the intermediaries hadn't promised actual evidence and testimony from Ukrainian officials.

U.S. diplomats from the Trump administration have denied the allegations, saying that Lutsenko was pushing them to further his own political interests in Ukraine.

Cummins, who chaired Trump's presidential campaign in Arkansas in 2016, declined to name the intermediaries who contacted him, citing attorney-client privilege.

"I guess if you knew who they were and you researched them, you might find out some obvious agenda they had or some other connections they had that weren't known to me then or now, and that certainly might be the case," Cummins said Monday. "They might have had a complete other agenda, trying to manipulate the political system. I was going to leave that to the [Justice Department]."

He said he somewhat regularly receives requests to pass information to federal law enforcement authorities because of his background as a U.S. attorney. Cummins now has a law office in Little Rock in addition to being a partner at the Washington, D.C., lobbying firm Avenue Strategies.

He had a pre-existing tie to Ukraine, as he was registered at one point as a lobbyist for former Ukrainian Prime Minister Yulia Tymoshenko, Talking Points Memo reported.

On their face, Cummins said, the facts warranted thorough investigation of the Bidens. He said the U.S. attorney's office in Manhattan may have been uninterested because its officials had already begun a probe.

"You and I don't know if they have investigated the Bidens," Cummins said. "And that's the way it's supposed to be, by the way."

However, he said that if the Bidens have not been investigated, it would represent a "breathtaking double standard" compared with the way allegations against Trump have been treated.

On Monday, Cummins' Twitter account had been scrubbed of all his previous tweets. He said the timing was purely coincidental and that he uses an application that regularly deletes past posts.

Cummins said he never billed for the work after he was unable to arrange a meeting with federal prosecutors.

"I had no qualms then; I have no qualms now," Cummins said. "They came to me with allegations; they were purely that. They claimed to have evidence to back it up and wanted to have an audience with real law enforcement. I tried to make that happen, and I was unsuccessful." 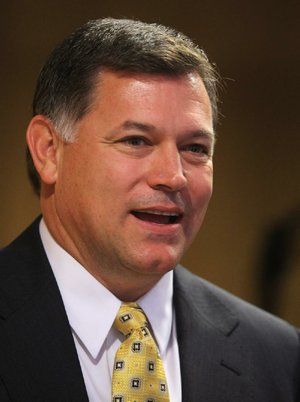