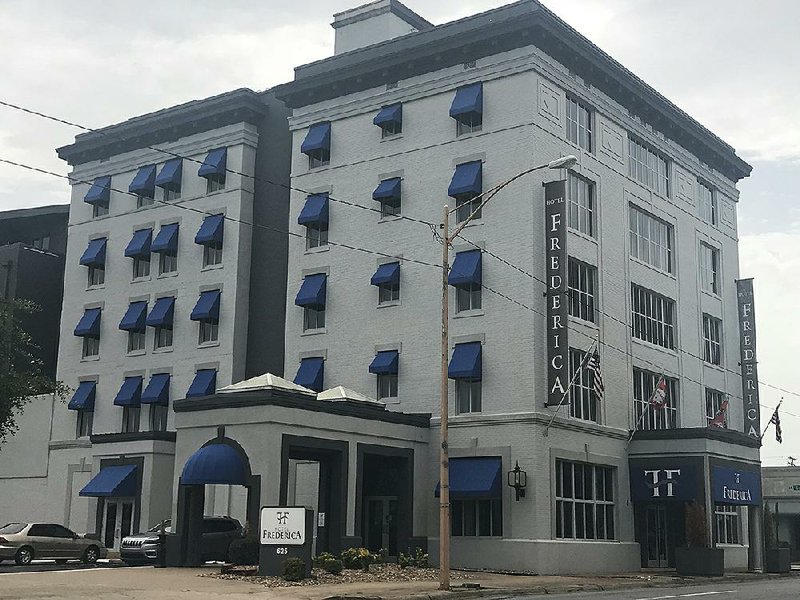 The closing of the Hotel Frederica in Little Rock stemmed from the nonpayment of nearly $50,000 in state sales taxes, but the landmark hotel also had other tax bills that went unpaid.

According to records in Pulaski County Circuit Court, the state Department of Finance and Administration so far has filed seven "certificates of indebtedness" against SHG Management LLC for not remitting to the state the sales taxes collected on room revenue from June through November 2018 and from April through May this year. The seven filings seek a total $49,615.98 for eight months of nonpayment.

SHG Management, which bought the 105-year-old hotel in August 2016 for $2.85 million, also spent some $2 million on renovations over the next 16 months. The hotel remained open during that period, although some rooms and other areas were closed off and not accessible as the renovation progressed.

With hopes still high, its new owners held an open house for Little Rock's second-oldest hotel in November 2017. Some 150 invited guests took tours of the new "boutique" hotel and mingled in the renovated courtyard.

Along with the nearly $50,000 due the state, public records show the hotel's owners owe:

• $12,199 to the Little Rock Advertising and Promotion Commission, for the remittance of taxes collected from the city's 2% tax on hotel and motel lodging. The commission filed that certificate in Pulaski County Circuit Court in November 2018.

The state has a 6.5% general sales tax that is applied to hotel and motel lodging, as well as a 2% tax specifically to benefit parks and tourism. Business operators are required to send those tax collections to the state, usually monthly.

Other certificates of indebtedness could be filed if taxes weren't remitted to the state for June, July, August and part of September this year, in the final months of the hotel's operations.

The hotel is for sale, and its owners are considering several offers, according to a representative of Newmark Moses Tucker Partners, the marketing agent for the property.