Throughout the season, University of Arkansas at Pine Bluff Coach Cedric Thomas generally allowed himself only a handful of hours to enjoy victories before his focus shifted to the next opponent. But since his Golden Lions won't play again for at least another nine months, he decided to splurge a bit following his team's finale Saturday.

He gave himself an extra day and a half because for him, UAPB's 2020 Southwestern Athletic Conference championship run started Monday.

It's that type of mentality, Thomas said, that had been missing from his alma mater ever since they beat Jackson State in 2012 to win the league title. UAPB hadn't come close to playing for another SWAC crown or even putting together an above .500 season until the second-year coach helped the team accomplish both this year.

"We talked about it coming in that it was mindset," he said. My [team] hasn't ever been sorry, it was just a mentality. The biggest thing was believing in that which wasn't seen.

"They believed in us as a staff. You look at my coaching staff, you've got 15 SWAC and MEAC [Mid-Eastern Athletic Conference] championship rings. Kids are visual kids and when you come in and show them 15 rings, that's instant credibility."

The Golden Lions' 45-13 blowout victory over Texas Southern locked up a 6-5 record and a 3-4 SWAC mark that could have looked different had UAPB took advantage of scoring chances. In a 31-7 loss to Southern, UAPB trailed just 14-7 with just over three minutes left in the third quarter despite throwing four drive-killing interceptions after moving the ball inside the Jaguars' 20 each time. They also had another series end on fourth down following a first and goal. Against Grambling State, the Golden Lions had a first down at the Tigers' 11 with less than three minutes left in the game before a deflected interception with 57 seconds remaining resulted in a 39-33 loss.

Thomas firmly believes the Golden Lions would be playing his former team, Alcorn State, for the SWAC championship next week. Instead, Southern and Grambling State will play tomorrow for the rights to face the Braves.

The consolation prize of having their first winning season in seven years seemingly did wonders for a team that had been among the league's worst in recent years. Only Mississippi Valley State had less SWAC victories (7) than UAPB (9) from 2013-18. According to Thomas, the team has evolved both on and off the field in a way that carries onto the field.

"Discipline was a big part of that mindset and culture change," Thomas explained. "Now they understand what we mean by doing things the right way. If they've got to be somewhere, they're going to do that consistently and not make any excuses.

"They see that when you do things right, you're going to be rewarded for it, but now we've got to take that next step as it equates to the playing field."

That next step for the Golden Lions includes restocking a roster that will be among the most experienced in the SWAC next season. UAPB is expected to have eight starters back on the SWAC's No. 3-ranked offense but will have to replace starting linemen Bradley Burrell and Jayden Glover as well as running back Taeyler Porter, who became only the third player in school history and first since Ivory Lee Brown in 1989-90 to post back-to-back 1,000-yard rushing seasons.

Defensively, UAPB is losing end Jalen Steward and back Blake Conner, a duo that combined for 138 tackles and five sacks this season for a unit that ranked fourth in the league in total defense. The Golden Lions are bringing back nine other regulars, including defensive back Shawn Steele. The junior had a conference-high 18 passes defended and led the team with three interceptions.

"Those guys played way above their head," Thomas said of his defense. "You can show them the spreadsheet with the analytics, and they understand the sideline being 53 and a third, and they're cutting off 47 yards. ... they understand those things."

Thomas explained he and his staff will have to go out and continue to sell players on the program as a whole in order bring in the kinds of kids he needs to establish more depth, particularly along the interior on both sides of the ball.

"We've got to continue to get support from administration, be able to put coaches on the road and go recruit," he said. "Continue to put the brand out there. I've got to be able to fly out to California, be able to get to Florida. I've got to keep bringing kids into summer school.

"This was the first time in school history that I had 85 kids in summer school. I've got sophomores that have 40-45 hours toward graduation. If they continue that up, you're talking about a class that could be 21 seniors that are working on post-graduation degrees, and that's huge in the development to be able to go out and recruit. We tell them all the time, kids don't want to know what you know until they know you care, and we care." 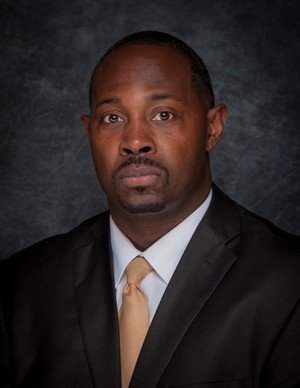