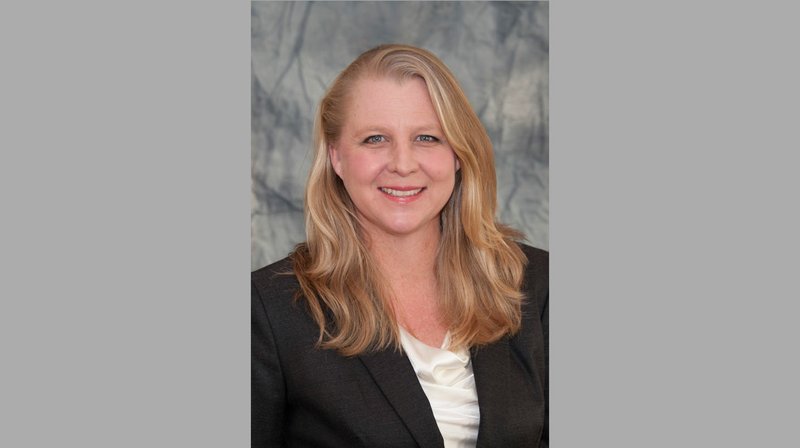 Sarah McKenzie, executive director of the University of Arkansas, Fayetteville’s Office for Education Policy, is shown in this file photo.

Average math and reading scores earned by Arkansas fourth- and eighth-graders in early 2019 on the National Assessment of Educational Progress -- known as the Nation's Report Card -- are virtually unchanged when compared with the state's 2015 and 2017 results.

As in the past, the 2019 average numerical scores for Arkansas in the two grades and two subject areas lagged behind national averages, despite the declines this year in national results that U.S. Education Secretary Betsy DeVos has described as "frankly devastating," and adding "this country is in a student achievement crisis."

Arkansas Division of Elementary and Secondary Education officials were circumspect about the Arkansas results during recent interviews. The state's widespread training of teachers on the latest research regarding how students learn to read -- with its emphasis on phonics -- is too new to be reflected in the 2019 national assessment results.

"The nation did see quite significant changes while we did not," said Laura Goadrich, Arkansas National Assessment of Educational Progress coordinator. She noted in particular that only Mississippi and Washington, D.C., in the nation saw statistically significant increases in reading achievement -- Mississippi in the fourth grade, and the District of Columbia in the eighth grade.

Mississippi's fourth grade readers scored an average 219, up from 215 in the 2017 testing cycle and reaching the national average. Eighth graders in Washington, D.C., improved from 247 in 2017 to 250 in the most recent testing period in reading.

Kimberly Mundell, the Arkansas division's spokeswoman, said Arkansas' statewide initiative on the science of reading is no more than 3 years old, having started with training kindergarten-through-second-grade teachers, and only expanding to third through sixth grade teachers in the most recently completed 2018-19 school year.

"These 2019 scores do not reflect the hard work and commitment in implementing these initiatives," Mundell said, adding that Mississippi's major reading initiative is more established, having been launched about five years ago.

"They are a little bit ahead of us," Mundell said. "We look forward to seeing some of our efforts reflected in the 2021 scores."

Mundell also noted that the national assessment of the fourth graders and eighth graders is a single "snapshot" of student achievement and is to be considered among multiple tests and other measures of a student's academic achievement.

Sarah McKenzie, executive director of the University of Arkansas, Fayetteville's Office for Education Policy, called it "distressing" that Arkansas is falling behind its border states and that "good news was hard to come by in this year's NAEP results."

Only Alabama and Louisiana had average fourth grade reading scores below Arkansas' 215. In eighth grade reading, Arkansas had an average score of 259 that was higher than that in Oklahoma, Louisiana, Mississippi, Texas and Alabama.

She acknowledged the relative newness of state programs and the reluctance by others to judge the value of the programs using the national assessment results. She also said that if the results had improved, "folks surely would say it was too soon to attribute them to state programs."

The national assessment won't be given again until 2021. It will be necessary to monitor the yearly ACT Aspire results -- given in grades three through 10 -- until then to determine whether achievement in the state is headed in the right direction, McKenzie said.

"Overall, I would say that the results are further confirmation of what we have seen on other assessments -- both the state-selected ACT Aspire and the more broadly comparable ACT [college-entrance] exam have proven to be similarly stagnant," she said. " The ACT Aspire reflected some small improvements in some grades but nothing systematic."

The National Assessment of Educational Progress in math and reading is given every other year and is the only test that's given to representative samples of students in all of the 50 states, Washington, D.C., and U.S. Department of Defense schools.

In Arkansas, the math and reading exams were given to a total of 9,100 students -- 4,600 fourth graders and 4,500 eighth graders -- in 264 of the state's public schools in January through March of this calendar year, Goadrich said.

No more than 33%, or one-third, of the Arkansas test-takers in a given grade and subject area this year scored at "proficient or advanced" on the math and reading exams.

A proficient score is not necessarily an indication of just mastery of a student's grade level work, but represents "a solid academic performance and competency over challenging subject matter," according to the producers of the exams.

The percentages of Natural State students scoring at "basic or better" levels were 62% in fourth grade reading, 75% in grade four math, 68% in grade eight reading and 63% in grade eight math.

A basic or better score indicates partial mastery of the knowledge and skills being tested.

In regard to results for subgroups of students, there continue to be achievement gaps.

Minnesota was the top performing state in fourth grade math with 85% scoring at basic or better and 53% scoring at proficient or better.