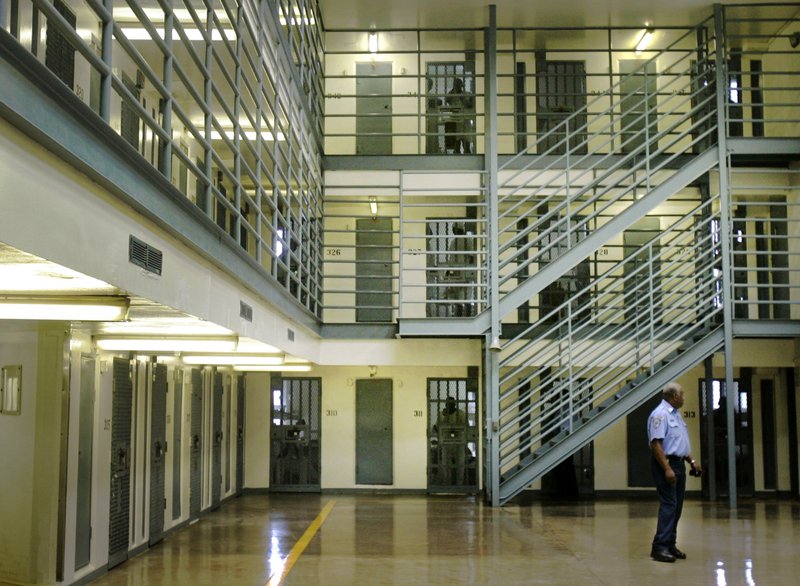 The American Civil Liberties Union of Arkansas released a report on Wednesday calling for the state to cut its prison population in half through reduced parole revocations, re-structuring its sentencing grid and eliminating cash bail, among other legislative actions.

The report, which follows up on legislative action taken in 2017 to divert offenders away from prison, urged lawmakers to do more as the state's prisons continue to swell.

"The Arkansas General Assembly must ensure that probation is used as an alternative to incarceration, rather than a means of widening the net of people involved in the criminal justice system," the report states.

"The state’s courts, parole board, and General Assembly should also prohibit incarceration in all cases of technical violations."

There were about 18,090 people serving prison sentences in Arkansas in August, according to the Department of Correction.

About 1,500 of those were sitting in county jails, waiting for bed space to open up at a state prison.

In 2017, lawmakers passed Act 423, an omnibus criminal justice package aimed at reducing the number of prison revocations for offenders who violated the terms of their parole or probation.

The law also set up four regional crisis centers where law enforcement could send people experiencing a mental health crisis, rather than sending them to jail.

The ACLU report said that the law had taken important steps in reducing incarceration.

However, it also described a "culture of criminalization" at the General Assembly that it said has continued to lead to prison growth, and racial disparities in Arkansas' criminal justice system.

A spokeswoman at the Department of Correction was reviewing the report Wednesday morning.

CORRECTION: An earlier version of this story misstated the date the report was released. The ACLU released its prison report Wednesday.