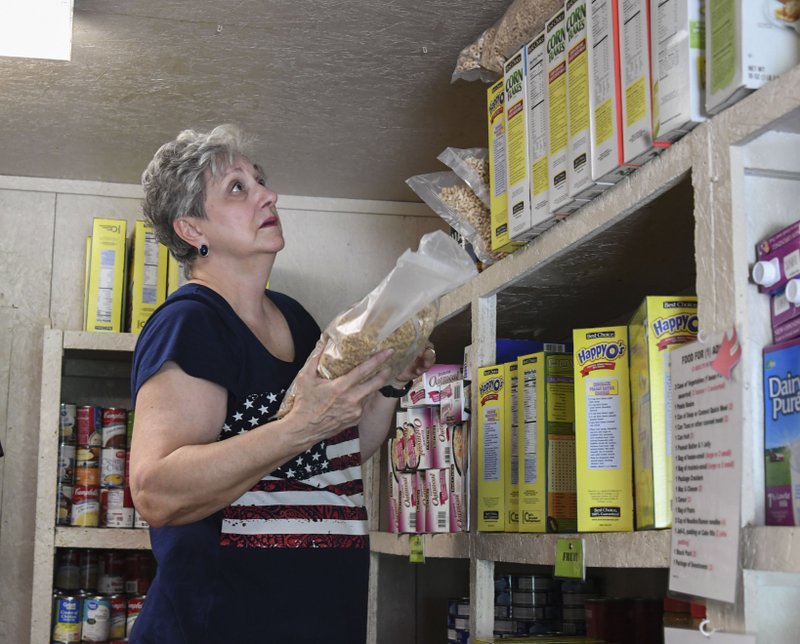 Beverly Fitzpatrick stocks the Jackson House food pantry Wednesday. The city announced that Jackson House will be its nonprofit partner in the Hope Works anti-poverty initiative. - Photo by Grace Brown of The Sentinel-Record

HOT SPRINGS — Six months after a federal judge struck down a Hot Springs ordinance that would have restricted panhandling, the city is rolling out a new program that will offer work to the homeless and panhandlers.

The Sentinel-Record reports the announcement of the Hope Works Initiative on Tuesday will pay participants minimum wage to pick up litter from roads and public areas. It’s expected to start by the month’s end.

It will also direct participants to resources such as substance abuse treatment and mental health services.

The city is partnering with Jackson House, a local crisis center. They will staff and oversee the program.