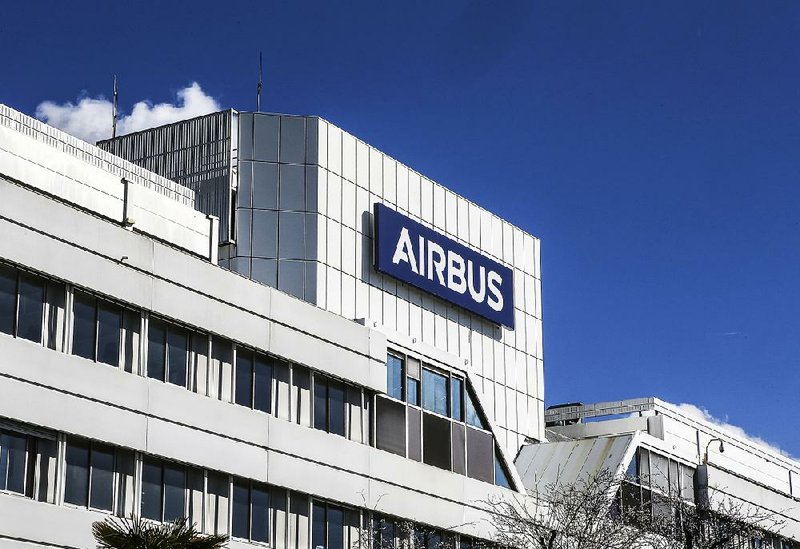 After receiving authorization from the World Trade Organization, the Trump administration plans to impose tariffs on $7.5 billion worth of European imports beginning Oct. 18 to retaliate for European Union subsidies for Airbus.

The World Trade Organization on Wednesday authorized President Donald Trump to impose tariffs on about $7.5 billion worth of European goods, capping a 15-year trans-Atlantic dispute over illegal subsidies to aircraft-maker Airbus. The decision opened the door to a broader trade war with the European Union.

The Trump administration said it will impose the tariffs beginning Oct. 18.

U.S. Trade Representative Robert Lighthizer had promised to implement the tariffs on European aircraft and helicopters, as well as consumer goods such as wine and Gouda cheese "immediately" following the ruling. The European Union has vowed to retaliate with its own levies on American products while it awaits a separate World Trade Organization ruling next year on its complaint that Boeing, a U.S. manufacturer and Airbus rival, also has received improper government backing.

"Where this goes ultimately is a negotiation," said William Reinsch, a former Commerce Department official. "They're guiltier than we are."

Stock prices for both Airbus and Boeing fell about 2% Wednesday.

Any U.S. trade measures would be "short-sighted and counterproductive," EU Trade Commissioner Cecilia Malmstrom said in a statement.

"If the U.S. decides to impose WTO authorized countermeasures, it will be pushing the EU into a situation where we will have no other option than do the same," she warned.

Airbus, likewise, said that a tariff war would only damage both sides.

The company, which employs about 1,300 workers in its Mobile, Ala., aircraft plant, said it spent about $50 billion over the past three years on American parts for its planes. That spending supported 275,000 jobs in 40 states, the company said.

Airbus chief executive Guillaume Faury said the company hoped the U.S. and EU would reach a negotiated settlement "before creating serious damage to the aviation industry as well as to trade relations and the global economy."

Under global trade rules, countries are generally prohibited from providing subsidies that give domestic companies an unfair trade advantage over foreign rivals. The World Trade Organization is often called on to rule on allegations of improper conduct.

Malmstrom said the EU in July had provided the Trump administration with "concrete proposals" to resolve the subsidies dispute, but received no response.

With Trump considering the imposition of separate 25% tariffs on European automobiles, trade relations between the United States and its closest allies are set to sour even as the U.S.-China trade war drags on.

The president and EU President Jean-Claude Juncker agreed to forestall any tariffs while negotiators tried to hammer out a broad trade agreement.

In May, the U.S. Commerce Department found that rising numbers of imported automobiles and auto parts imperiled national security by challenging the viability of U.S. research and development.

Trump is expected to decide next month whether to proceed with his threatened tariffs on European cars, a move that would rock financial markets and deal both economies a serious blow.

"If he does that, he triggers a war," said Reinsch, now at the Center for Strategic and International Studies, who added that European officials' commitment to operate within World Trade Organization rules would likely contain the conflict.

The EU's ability to respond to any U.S. action also could be complicated by the turnover in leadership in Brussels, Reinsch said. Effective Nov. 1, Europe's top team gets a complete makeover, including a new president and trade chief.

The World Trade Organization earlier this year had ruled in favor of Washington in its long-running complaint that European governments backed Airbus with generous multibillion-dollar subsidies in its battle against Boeing. Wednesday's ruling determined the value of the authorized U.S. tariff action.

The ruling came one day after the organization slashed its forecast of global trade growth to just 1.2% this year, down from 2.6% in April. Next year, merchandise trade volumes are projected to increase by 2.7% compared with an initial 3% estimate, and organization economists cautioned "that downside risks remain high and that the 2020 projection depends on a return to more normal trade relations."

The United States first complained to the organization about Airbus subsidies in 2004. Seven years later, a trade panel ruled that the European Union had provided the aircraft maker with $18 billion in discounted financing between 1968 and 2006.

The EU filed a similar World Trade Organization complaint alleging that Boeing also had received forbidden government support. In an initial decision, the organization held that the U.S. aircraft maker had received up to $4.3 billion in research and development support and tax breaks.

Information for this article was contributed by Paul Wiseman and Jamey Keaten of The Associated Press.