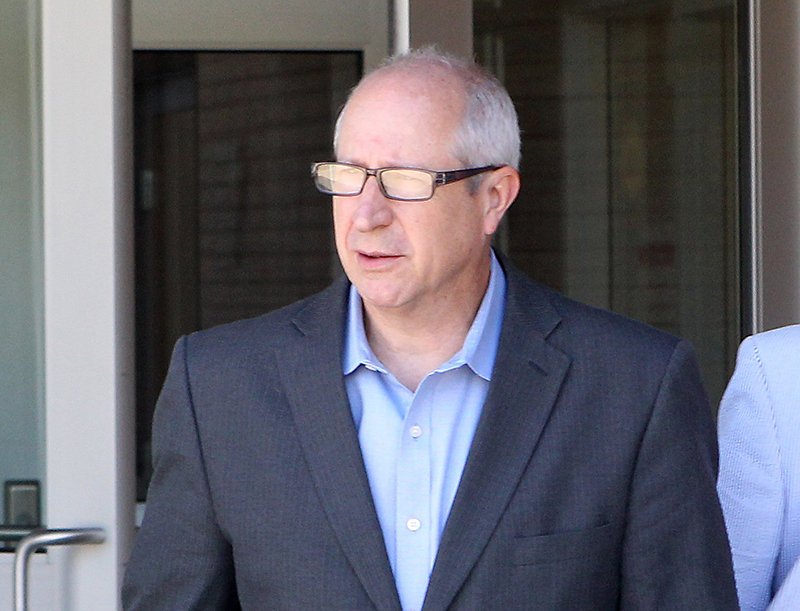 Rep. Mickey Gates, R-Hot Springs, who faces possible expulsion from the Arkansas House next week over his failure to pay taxes, now has a political opponent.

Don Pierce, an administrator at Lakeside High School, said Thursday that he will enter the 2020 GOP primary in House District 22, a seat currently held by Gates. Pierce ran against Gates in the 2018 primary, losing by 26 percentage points.

In the rematch, however, Pierce said he is not focused on Gates' tax troubles. Instead, the 58-year-old said he will run with the same public-education focus that he relied on a year ago.

"I'm not coming after Mickey," he said.

A month after 2018's May primary, Gates was charged with failing to file more than a decade's worth of tax returns. Prosecutors alleged that he owed $259,849, setting off a political standoff between the three-term lawmaker and leaders in his own party.

Gates, 59, cruised to re-election in November in the heavily Republican district, while ignoring calls from Gov. Asa Hutchinson, Lt. Gov. Tim Griffin and Attorney General Leslie Rutledge to step down.

Then, this July, Gates changed his plea to "no contest" on several of the tax charges and agreed to pay $74,789 to the state. Still, he refused to step down.

After weighing a response, House Speaker Matthew Shepherd, R-El Dorado, filed a resolution to expel Gates, which the House will meet to consider on Oct. 11. More than half of the 100-member House told the Arkansas Democrat-Gazette last month that they will vote to remove Gates. The state constitution requires 67 votes to do so.

Gates said Thursday that he will file a legal challenge to keep his seat if the House votes to expel him. He said he will run for reelection next year.

Gates said that in conversations with his constituents, they have been understanding of his situation. He has argued that his plea is not an admission of guilt because the state will resolve the case without adjudication if he completes the terms of his probation.

He also says the charges against him are retribution for legislation he filed to limit state auditors' ability to look into people's tax records beyond seven years.

"I can't tell you how many widows have come up to me and said the state audited them after their husband died," Gates said. "They had to write big checks."

As for Pierce, Gates' said he didn't have any harsh words for his opponent, calling him "a fine man."

As a public school employee and member of the Jessieville School Board, Pierce said he did not see public schools operating on a "even playing field" with private schools in a way that would justify voucher programs, which Gates supports.

Gates said, "I support school choice. I think parents should decide for their child where they go to school."

While both candidates said local school boards should be able to decide whether to allow teachers to carry guns in schools, Pierce expressed support for some extra measures -- including universal background checks and short waiting periods for buying firearms -- to ensure that people barred from owning weapons cannot purchase them.

Pierce said he has not yet taken a position on Arkansas' "private option" Medicaid expansion program, which uses mostly federal dollars to buy health insurance plans for more than 250,000 low-income Arkansans. Gates has voted against the program in the past.

Asked whether the Legislature should vote to expel Gates on Oct. 11, Pierce said he would leave that decision up to current lawmakers, while suggesting that it would have been wise for Gates to resign.

"If your governor's asking you to step down ... he should probably step down," Pierce said.

Gates, meanwhile, said he was aware of at least four other people "looking at" running in the Republican primary against him. No Democrat has yet announced for the district.

Print Headline: Aspirant emerges as rival of state lawmaker who pleaded no contest to tax charges