Abbey has lofty goals for brewery 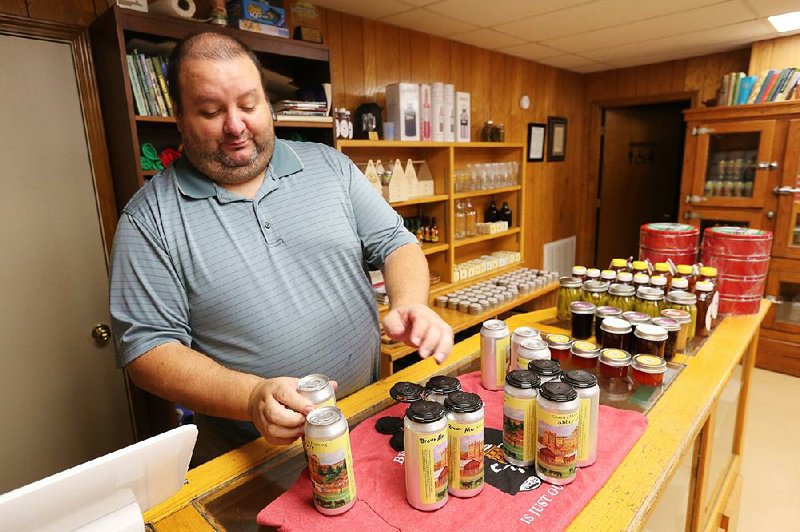 SUBIACO -- Country Monks Brewing is starting small, but hopes are high that it will eventually sell its beer in retail outlets, once it adds a new canning machine.

Today, the brewery runs a small taproom on the grounds of Subiaco Abbey in Logan County. It's open 9 a.m. to 4 p.m. on Saturdays and throughout the week by appointments made on Facebook, where it sells its beer in cans, growlers and by the glass.

Brewmaster Brother Basil Taylor runs the show, with the support of volunteers -- mostly Benedictine monks, with a few laypeople tossed in -- who pitch in to help can or sell beer or Country Monk merchandise at the taproom.

The brewery isn't the abbey's only retail operation. The abbey also is known for its hot sauce and candles.

Brother Basil brews Country Monks' pale ale, amber ale and a stout, along with other types and seasonal beers. The brewery is producing between five and eight barrels of beer a month but has the capacity to brew as much as 60. A barrel of beer is 31 gallons.

Demand has been good so far, good enough in fact to add a mechanical canning line from Twin Monkeys Beverage Systems in Colorado. The canning line is expected to be delivered by mid-November and cost about $50,000.

Today, the beer is canned by hand.

Patrick Richey, a brewery volunteer, is one of the folks who help Brother Basil. He said currently Country Monks' beer is canned on an assembly line of sorts, with one person filling the can, a second affixing the lid and pressurizing the can, and a third affixing labels. On a good day they can produce 200 cans.

"We call it the three-monk process," he said.

With the canning machine, they'll be able to can the same amount in 30 minutes.

"It will change everything for us," Richey said.

According to the website buildingcatholicculture.com, as of August there were six active breweries in the U.S. linked to monasteries, including Country Monks Brewing. Bart Watson, chief economist for the Brewers Association, a nonprofit trade group that supports small and craft brewing, said the organization doesn't track the number of breweries associated with monasteries. He called them rare.

According to data released earlier this year by the Alcoholic Beverage Control Division of the Arkansas Department of Finance and Administration, Arkansas' craft brewers produced nearly 37,500 barrels of beer in 2018, up less than 1% from a year earlier.

Half of the profits at Country Monks Brewery are used to support elder care for the abbey's monks and the other half goes toward tuition assistance at the abbey's boarding school for boys.

Currently, the taproom gets a lot of local and tourist traffic, with folks arriving from Fort Smith on Saturdays, Richey said. He added that a lot of the school's alumni like to stop by and buy a pint or take a four-pack home after a visit.

He said Saturdays at the taproom are lively, and the atmosphere is family-friendly. Richey said early in the day folks typically are buying four packs of beer, later it's more people enjoying the afternoon, maybe watching a game on TV while having a pint.

"After 3, it's folks rushing in, knowing they only have an hour to buy beer," Richey said with a laugh. 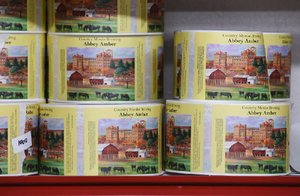 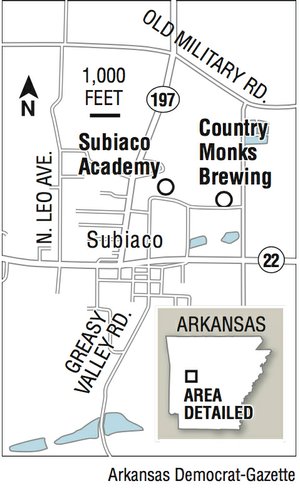