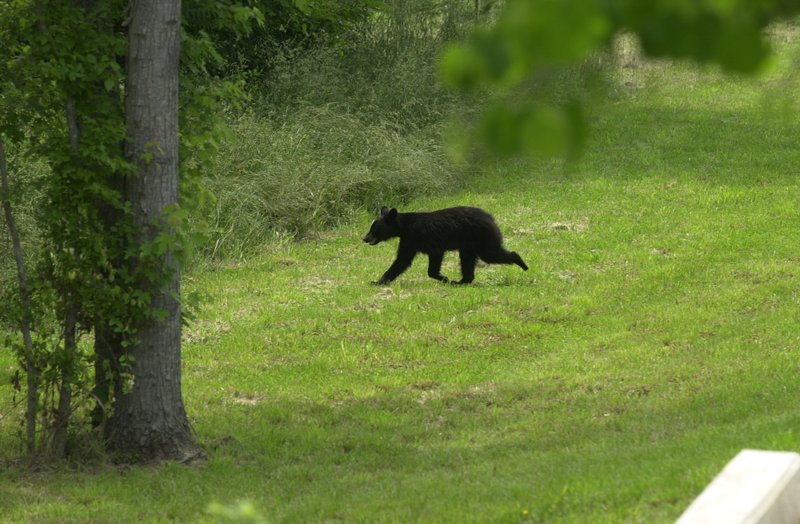 A black bear runs back into a patch of woods near the intersection of Huntsville Road and Wood Street in Fayetteville in this 2003 file photo. ( Aaron Skinner)

Just about every hunting camp in bear territory has a tale or two to tell about a mischievous bruin finding its way into their feeders or trash bins.

Over the years, those stories have expanded from the Ozarks and the Ouachita Mountains into the southern half of the state, prompting Arkansas Game and Fish Commission biologists to keep a watchful eye on growing bear populations throughout Arkansas.

As part of this expanded monitoring effort, biologists are asking hunters and outdoors enthusiasts to help record bear sightings through an online survey on iNaturalist.org.

The Arkansas Bear Survey listed on iNaturalist provides credible observation or photo documentation of black bear locations in the state to help biologists expand their information.

"We receive images and reports of bears in feeders all the time, and we know the bears are expanding into new areas," Means said.

Participating in the survey requires a free account with iNaturalist.org, which takes less than five minutes to set up.

"Ideally, the best information will be photos that are accurately date-stamped and in electronic format where they can be uploaded to the iNaturalist.org website for further review," said Mark Hooks, regional biologist supervisor for Game and Fish at the Monticello regional office.

"Actual observation information without a picture is also useful, particularly if you can provide the approximate location and date of that observation."