Nailed It! embraces failure in a curated world 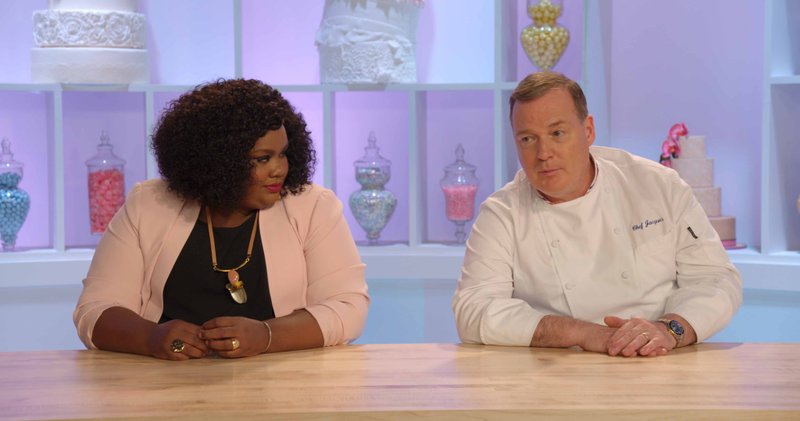 Ever look at a cake and think, "Wow, that looks like a toddler assembled it as part of a sensory activity and then rammed it with a ball or block or tablet before jamming toy figurines into it for decoration?"

Nailed It! is the Netflix baking competition that might curb your sweet tooth — if the whole thing weren't so delicious to watch. Comedian Nicole Byer hosts and judges alongside James Beard Award-winning pastry chef Jacques Torres as high-spirited amateur bakers attempt to replicate elaborately decorated masterpieces and produce visually confounding, sometimes inedible desserts that would make Mary Berry (PBS' The Great British Baking Show) recoil. All for the chance at a $10,000 prize.

The series, whose third season premiered in May, is basically a TV version of the meme that pokes fun at lofty recipes gone wrong.

Executive producer Jane Lipsitz, whose other credits include more buttoned-up competition shows such as like Top Chef and Project Runway, says the feel-good spirit of the series plays well at a time when real life is serious enough.

"I think people are drawn to Nailed It! because there's a lot of things that people recognize and love in a traditional baking or culinary show," she says. "But I think we really flipped it on its head and brought something unexpected. It's simple, and it's feel-good, and it's funny. And I think it feels like this is a time that people really just need that. It's really a show for people who love comedy. [And] it's a show for people who love baking."

"I think we live in very curated times," she says. "Everyone wants you to be perfect. Food looks perfect, fashion looks perfect, people's makeup looks perfect. And so I think there's a saturation of perfection. It's really refreshing to be watching a show where imperfection and failure is actually celebrated because that's much more closely connected to everybody's human experience."

That's certainly part of the series' recipe for success. Then there's the pairing of Byer and Torres. The odd couple — she, the sharp-witted comedian with no background in baking; he, the genial chocolatier and pastry chef whose suggestions come in a candied French accent — have a sprightly, supportive rapport. There was the time in Season 3, for instance, where they sat in disbelief as a contestant attempted to roll out buttercream frosting: "You cannot roll buttercream," Torres says, turning to Byer. "It's a cream!" Or the time a contestant's undercooked cupcakes fell apart and he covered an apple in frosting to make it resemble one: "Well, I appreciate you not serving us an uncooked cupcake," Byer said.

The hosts say they didn't have to ease into their banter. The 10-hour shooting days require a playful harmony, otherwise, they'd feel as sluggish as some of the confections end up looking. And what's developed is a friendship. Byer, whose interest in baking hasn't increased since hosting the show, nonetheless says she made Torres an "ooey, gooey" buttermilk cake for his birthday. Torres, meanwhile, has cooked dinner for Byer.

Lipsitz says a show like Nailed It! could only have gotten the green light at a place like Netflix. As cofounder of Magical Elves, a kingpin in reality TV production, Lipsitz and the team were throwing around ideas for the streamer which was interested in baking shows. There was one straightforward idea and two quirky ones.

All those involved with the show say that, three seasons in, they remain surprised by how horrendous some of the results are.

"People are incredible," Byer says. "They're truly so wild. They truly top each other with the mess they make."

Print Headline: Nailed It! embraces failure in a curated world