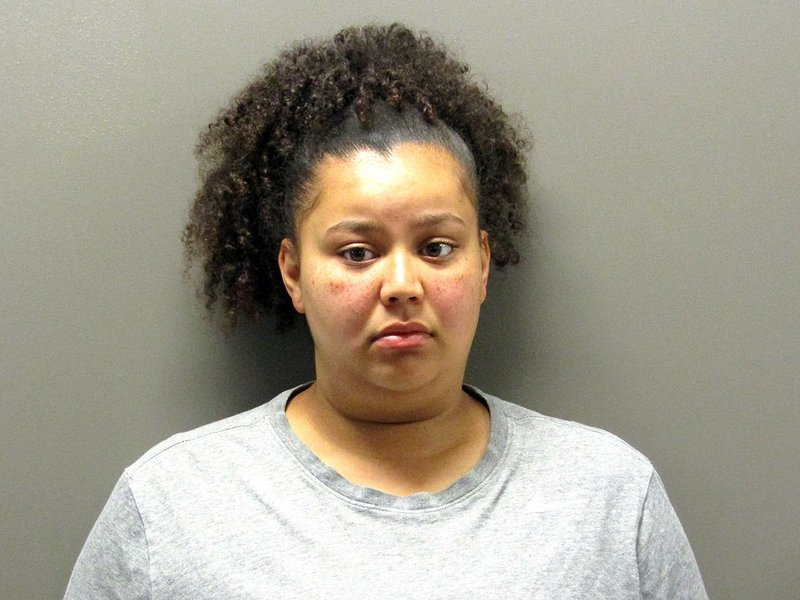 A former Hot Springs woman arrested earlier this year on multiple counts of lottery fraud committed while she was a clerk at a convenience store pleaded guilty to felony and misdemeanor charges Monday in Garland County Circuit Court.

Shakenyah Louise James, 22, who now lists a North Little Rock address, was originally charged with nine felony counts of lottery fraud, each punishable by up to six years in prison, at the time of her arrest May 5, but pleaded guilty to one count and was sentenced to six years' probation and fined $1,500 while the other eight counts were withdrawn.

James, who had no prior criminal history, also pleaded guilty to a misdemeanor count of theft of property under $1,000 and was sentenced to one year of probation, to run concurrent with her other sentence. She was also ordered to pay $440 in court costs and fees.

According to the probable cause affidavit, on April 8, Michael Tenison with the Arkansas Lottery fraud division contacted Hot Springs police regarding 150 stolen lottery tickets, with a total value of $300, taken from the Shell station, 866 Park Ave.

He stated the tickets were delivered by UPS on April 1, shortly after 4:30 p.m., and signed for by an employee, identified as James. Tenison noted the tickets had not been activated so they could not be redeemed for the cash prize.

An investigation determined that James, while on duty at the store, scanned the first ticket and when the system refused to accept it, she called the lottery commission to complain there was a problem with the system.

Tenison observed photos from the Exxon and Phillips 66 showing James attempting to scan the other eight tickets.

Detective Shawn Stillian obtained video from the Shell on the day of the incident that showed James working behind the counter when UPS delivered a white bag containing 300 lottery tickets. She signed for the package and then opened the bag with scissors and put the bag under the counter.

James then removed some of the lottery tickets and exited the store with an unknown man. James and the man reentered the store and James went behind the counter and scanned one ticket several times. She was then seen calling the lottery commission to complain, corroborating Tenison's statement.

The store's owner later confirmed James was the only employee working at the time of the incident. A warrant for her arrest was issued on May 1 and she was arrested May 5. She was initially held on a $23,500 bond, but was released on a $15,000 bond on May 9 and pleaded not guilty to the charges on July 15 in circuit court.