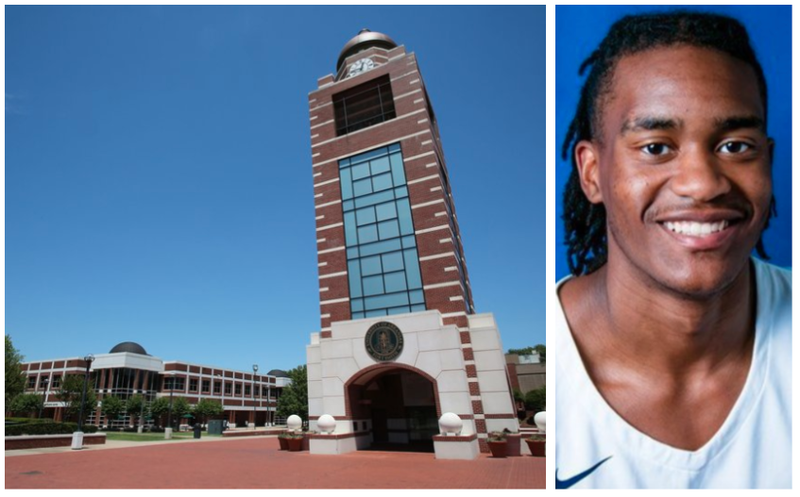 The Sebastian County branch of the NAACP has asked to meet with leaders at the University of Arkansas at Fort Smith to discuss how the school investigated comments by the men's basketball coach about a former player's hair.

Tyler Williams, who is black, wears his hair in dreadlocks. In a complaint alleging racial discrimination, Williams stated he was dismissed from the team after Coach Jim Boone, who is white, spoke disapprovingly about his hairstyle.

An internal investigation found no "substantial" evidence of discrimination, Chancellor Terisa Riley said in a Sept. 11 email to the campus community. Her email also stated the school's athletic department "will not condone or allow" any policy dictating "hair styles or hair lengths."

[Video not showing up above? Click here to watch ª https://www.youtube.com/watch?v=Y-k4AO1Kaqw]

The local NAACP group, part of the nation's largest civil-rights organization, "seeks answers to a series of questions" and a meeting by Oct. 18 "to discuss the path forward," according to a Monday statement.

Riley "welcomes the opportunity" for a meeting "to foster strong relationships and a strong community," said UAFS spokeswoman Rachel Putman in an email. Riley previously met with the group's president, the Rev. Jerry Jennings, and Jennings' wife about the initial allegations, Putman said.

The group is asking "what factors did the investigatory team consider" and also for Riley, who is white, to "identify any persons of color who participated in the evaluation" of the complaint.

Putman said many of the group's questions were answered in Riley's email and during a Sept. 17 public forum.

"However, Dr. Riley understands the frustrations that may exist when answers to specific questions are protected by law," Putman said.

About 40 people joined Williams' parents, Reggie and Tiffini Williams, at a Sept. 24 rally outside the UAFS Stubblefield Center to condemn Boone's remarks.

The family, in a statement, summarized the university's findings as "stating Boone could have better communicated his grooming policy regarding hair length (not hair style) and demonstrated greater sensitivity in addressing our concerns in order to avoid having his stance misconstrued."

But the family disputed the university's conclusion, stating "length of hair was not the issue" and citing an audio recording of an August meeting between the family and Boone.

Boone, a 33-year veteran head coach hired in April by UAFS, never ordered Williams to change his hairstyle, but in the recording -- as published by The Oklahoman and others -- Tyler Williams tells Boone the coach "had talked about my hair, like you not liking it, and, you, like, not wanting to recruit nobody with locks like mine --"

To which Boone responds: "No, it's not that we don't recruit them, but we make it very clear that once they get in here they're not going to have their hair that way. I told you, though, because you were here before me, that I didn't think it was fair for me to tell you you needed to cut your hair, that I was going to let you have it."

And Williams says: "But that's like you basically saying you're not going to bring nobody in with hair like mine."

Boone replies: "Well it's not meant to be that way."

In a statement released by the university last month to news outlets, Boone has said: "Dr. Riley has made clear there will be no hair policy on my team or any other at UAFS, and I fully support that decision. In hindsight, after listening to the audio recording, I'm sorry that I responded reactively during the meeting on August 16, 2019. That was out of character for me, and I regret that I allowed both parties' emotions to escalate."

Elsewhere, a Penn State University football player on Monday posted on social media a photograph of a fan letter that said a teammate's "shoulder length dreadlocks look disgusting." Penn State, in a Twitter post on the school's official account, stated: "We strongly condemn this message or any message of intolerance."