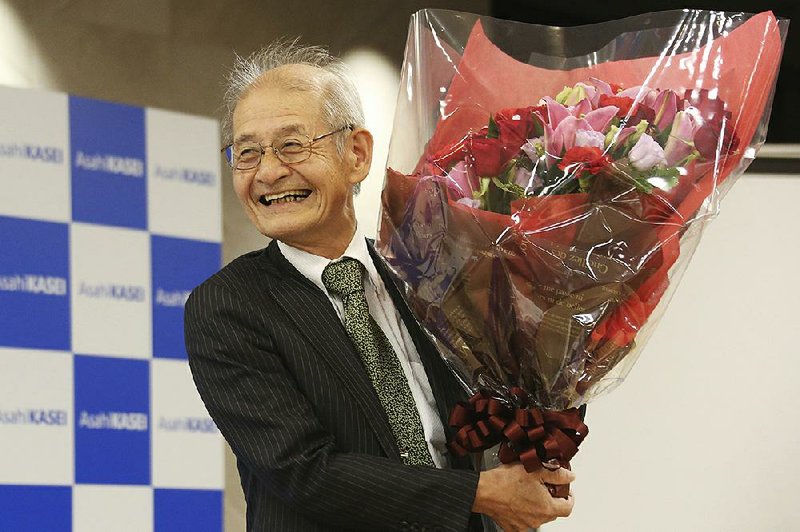 Three scientists won the Nobel Prize in chemistry for their work developing lithium-ion batteries, which have reshaped energy storage and transformed cars, mobile phones and many other devices -- and reduced the world's reliance on fossil fuels that contribute to global warming.

"This is a highly charged story of tremendous potential," quipped Olof Ramstrom of the Nobel Committee for Chemistry.

The three scientists were honored for technology that has affected billions of lives across the planet, including anyone who uses cellphones, computers, pacemakers, electric cars and more.

[Video not showing up above? Click here to watch » https://www.youtube.com/watch?v=uEgqv0n1OzE]

Goodenough, who is considered an intellectual giant of solid-state chemistry and physics, is the oldest person to ever win a Nobel Prize -- edging Arthur Ashkin, who was 96 when he was awarded the Nobel for physics last year.

Goodenough still works every day and said he is grateful he was not forced to retire at age 65. "So I've had an extra 33 years to keep working," he told reporters in London.

Whittingham expressed hope the Nobel spotlight could give new impetus to efforts to meet the world's ravenous -- and growing -- demands for energy.

"I am overcome with gratitude at receiving this award, and I honestly have so many people to thank, I don't know where to begin," he said in a statement issued by his university. "It is my hope that this recognition will help to shine a much-needed light on the nation's energy future."

The three laureates each had unique breakthroughs that cumulatively laid the foundation for the development of a commercial rechargeable battery to replace alkaline batteries containing lead, nickel or zinc that had their origins in the 19th century.

Lithium-ion batteries are the first truly portable and rechargeable batteries, and they took more than a decade to develop. Their discovery drew upon the work of multiple scientists in the U.S., Japan and around the world.

The work had its roots in the oil crisis in the 1970s. Whittingham, who had researched superconductors at Stanford University, was hired by Exxon at a time when the petroleum giant was investing in research into other fields of energy amid concerns about depleting oil reserves.

Exxon gave researchers like him "the freedom to do pretty much what they wanted as long as it did not involve petroleum," the Nobel committee said.

In his work, Whittingham harnessed the enormous tendency of lithium -- the lightest metal -- to give away its electrons to make a battery capable of generating just over 2 volts. Lithium, of all the elements, "is the one that most willingly releases electrons," the committee said.

By 1980, building on Whittingham's work, Goodenough had doubled the capacity of the battery to 4 volts by using cobalt oxide in the cathode -- one of two electrodes, along with the anode, that make up the ends of a battery.

But that battery remained too explosive for general commercial use. That's where Yoshino's work in the 1980s came in. He eliminated the volatile pure lithium from the battery and instead opted for lithium ions that are safer.

Yoshino substituted petroleum coke, a carbon material, in the battery's anode. This step paved the way for the first lightweight, safe, durable and rechargeable commercial batteries to be built and enter the market in 1991.

"We have gained access to a technical revolution," said Sara Snogerup Linse of the Nobel Committee for Chemistry, alluding to the environmental benefits of the discoveries. "The ability to store energy from renewable sources -- the sun, the wind -- opens up for sustainable energy consumption."

Whittingham said he had no inkling that his work decades ago would have such a profound effect.

"We thought it would be nice and help in a few things but never dreamed it would revolutionize electronics and everything else," he said. He called the prize "recognition for the whole field."

"Hundreds of people have worked on lithium-ion batteries, and I think people felt that they were being overlooked," he said. "We're hoping this will push the field further and faster."

The trio will share a $918,000 award. Their gold medals and diplomas will be conferred in Stockholm on Dec. 10.

Information for this article was contributed by Jan M. Olsen, Mari Yamaguchi, Jill Lawless, Michael Hill and Christina Larson of The Associated Press. 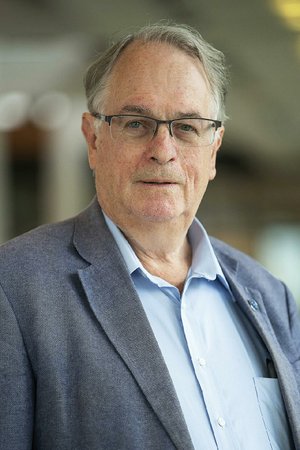 Photo by AP/dpa/SEBASTIAN GOLLNOW
In the 1970s, M. Stanley Whittingham harnessed lithium’s tendencies to create a battery capable of generating about 2 volts. 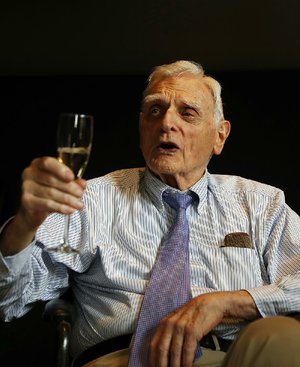 Photo by AP/ALASTAIR GRANT
By 1980, John B. Goodenough had built on M. Stanley Whittingham’s efforts, doubling the capacity of the battery to 4 volts.