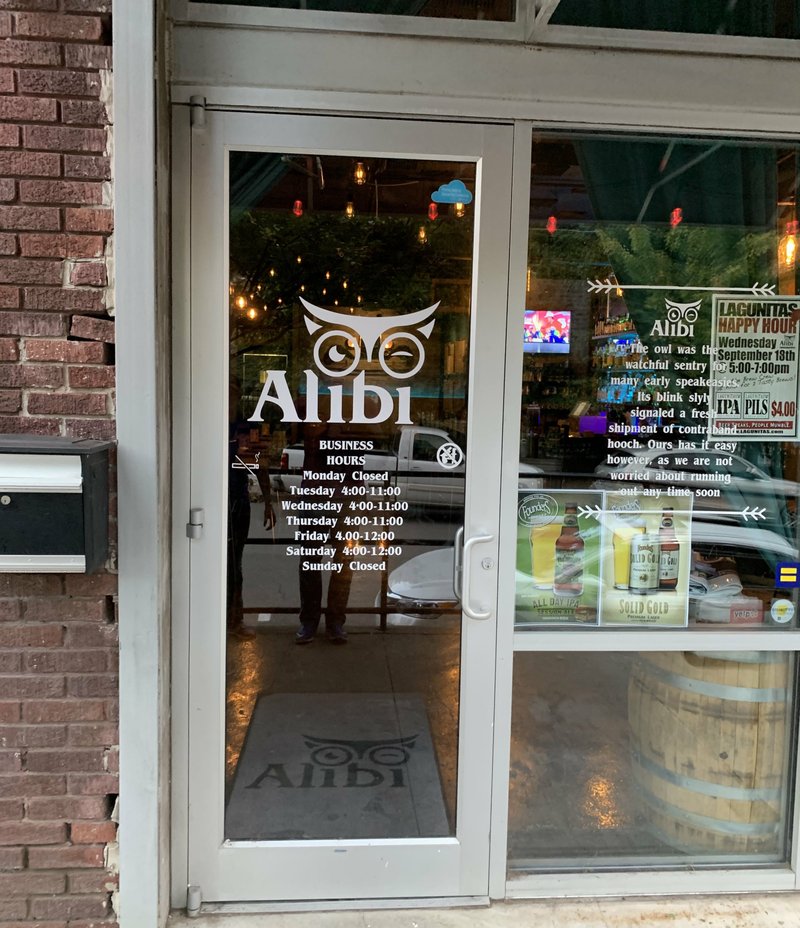 For those of you wondering what changes would derive from the new ownership at The Oyster Bar, 3003 W. Markham St., Little Rock, new owners Chris and Samantha Tanner posted this last week on Facebook (facebook.com/thelroysterbar):

"Hello, OB fans, loyal customers, and those who are new and curious! ... We are thrilled the seasoned OB staff are staying on and have even helped us make decisions.

"Much about your favorite local seafood spot will stay the same with a few positive alterations. ... We're adding an outdoor dining area, a new party room and a bar where you can hang out for a drink or grab a bite. We're updating our wines ... and will add variety to our oysters (both East and West Coast oysters coming soon!) as well as our fresh seafood selection (whole snapper, king crab and live lobsters! Yes, LIVE LOBSTERS!)."

Chris Tanner did not return a phone message by deadline. The phone number remains (501) 666-7100; the website is lroysterbar.com.

And less than a year after it replaced the original downtown Zin Urban Wine & Beer Bar, Alibi, 300 River Market Ave., Little Rock, closed Friday. Owner Jessica McEntire told the Democrat-Gazette's Nyssa Kruse that the bar had been doing well but its hours were keeping her from spending time with her young daughter. McEntire wouldn't divulge details but did say in an email that "I now have an opportunity to turn Alibi into something new that downtown does not have yet. This new venture will allow us to be open during the day rather than late night and I believe that it will be a wonderful thing for everyone living and working downtown."

You may remember a May 26 story by ace business reporter John Magsam regarding plans by Cheba Hut, a Colorado-based sub-shop chain/franchise operation "that has built its brand around cannabis-theme eateries," to open its first Arkansas location in west Little Rock, followed by "joints" in Conway and Fayetteville. Now we know where: at 10825 Kanis Road, Little Rock, in a storefront that previously housed an outlet of Mooyah Burgers, Fries & Shakes. The Oct. 6 list of city building permits includes one for $150,000 for remodeling that space.

We're trying to track down a tentative opening date; Conway residents Hunter and Darcie Fletcher, who hold the Cheba Hut franchise rights to the three Arkansas locations, originally estimated a fall opening, early next year at the very latest, in west Little Rock with a timetable to open the Conway restaurant sometime in summer 2020 and the Fayetteville place shortly thereafter.

The restaurant is being branded as fast-casual rather than fast food. The company, with 25 locations in Arizona, Colorado, California, Oregon, New Mexico and Wisconsin, openly plays with its theme — cheba, also spelled cheeba or chiba, is slang for marijuana — with the motto "Great tasting food. A very specific counterculture" on its website (chebahut.com) and calling its concept "toasted subs ... curing munchies since 1998." The mascot is a bird named "Flip."

The menu features sandwiches named for various pot varieties, including Jamaican Red, Thai Stick and Silver Haze; sweets include Rice Krispies bars and, of course, brownies; and "cottonmouth cures" include iced tea, soft drinks and Kool Aid. Most outlets also have a full bar that features signature cocktails named Dirty Hippie, Hash Can and Cheba Rita. However, nothing the restaurant serves, food nor drink, actually contains any cannabis compounds.

Alex Blass, a principal at Sage Partners whose family operates Capital Properties, which owns the property at 2400 Cantrell Road that used to house Cajun's Wharf, says he's in the process of finalizing a lease within the next couple of weeks with a Houston group to rent the 20,000-square-foot space for a restaurant-entertainment complex. The lessee will remain anonymous until the lease is in place, Blass says, but "Little Rock will be very excited to have this." Timeline for its completion and opening, depending on construction and permitting, is summer or fall of 2020.

Zara Schmidt, owner of Hillcrest Little Bakery, 203 N. Van Buren St., Little Rock, says she's in the midst of hiring a staff and now hopes to be open by the end of the month. According to the website, HillcrestLittleBakery.com, the establishment, just north of West Markham Street, will offer "quality pastries and meals that are as unique as our customers. ... Our priority is creating flavorful food with quality ingredients." Tentative hours will be 6:30 a.m.-3 p.m. Wednesday-Sunday. A phone number is pending. 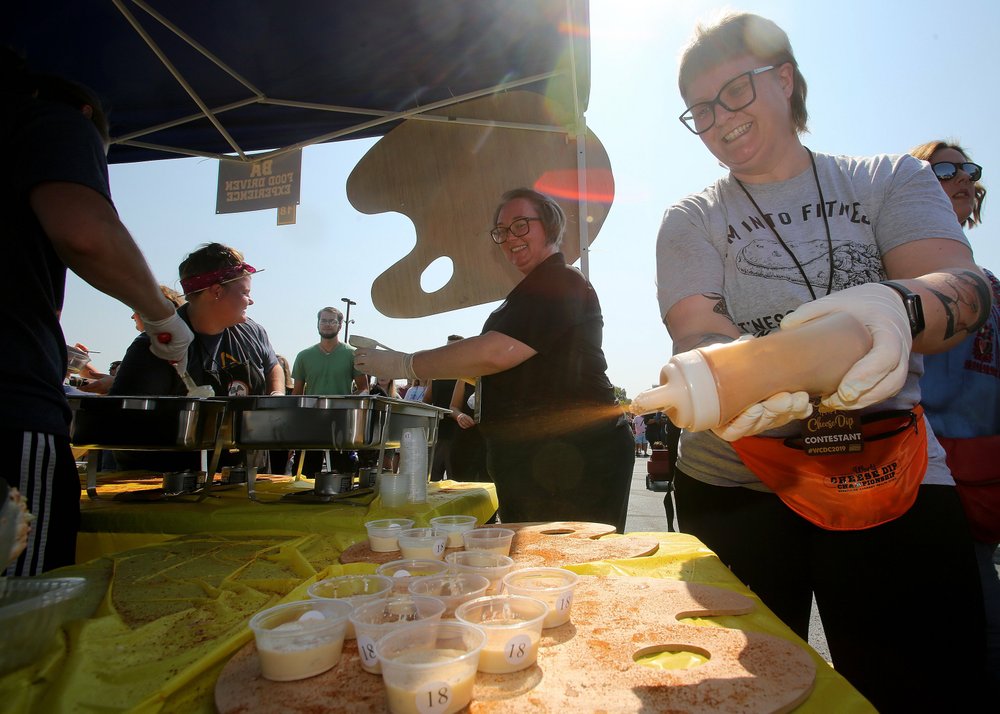 Jera Cobb (right), with the B A Burrito team from Jonesboro puts seasoning on cheese dip at the ninth Annual World Championship Cheese Dip Championship on Oct. 5, 2019, at the Clinton Presidential Center in Little Rock. The team won the award for best booth.

The list of winners at last weekend's World Cheese Dip Championship at the Clinton Presidential Center in Little Rock included only two restaurants: Kemuri, 2601 Kavanaugh Blvd., Little Rock, the runner-up in the judges' professional category, and Jonesboro's B A Burrito, which won for best booth.

The rest of the top finishers:

The former Last Chance Lakeside Cafe, on Lake Balboa (488 Ponce De Leon Drive) in Hot Springs Village, has become Xplore Lakeside. The Hot Springs Village Voice reported in May that new owner Greg Jones wants it to be more lake-friendly and has been spending about $250,000 on renovations that include a two-story deck overlooking the water. Executive chef Ben Dodson and head chef Mateo Vannucci are focusing the menu on fresh foods made from scratch, with a more casual dining-pub area on the main level, open for lunch and dinner, and dinner-only upstairs serving more of a fine dining experience with pork chops, steaks, pastas and fresh seafood. Hours are 11 a.m.-9 p.m. daily. The phone number is (501) 204-5037; the website, xplorelakeside.com. 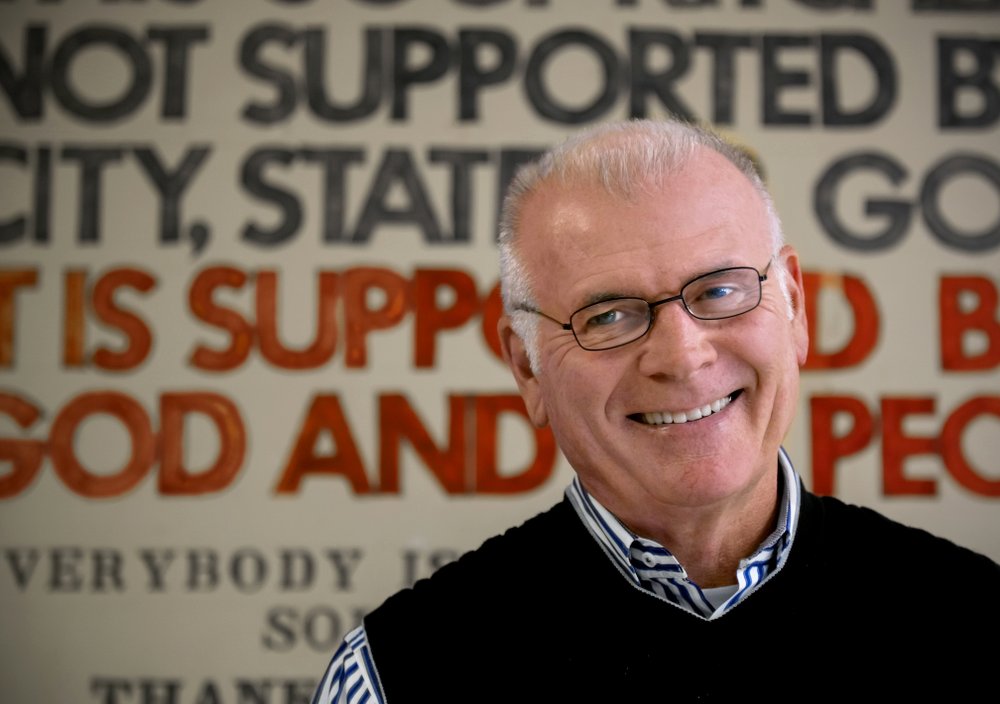 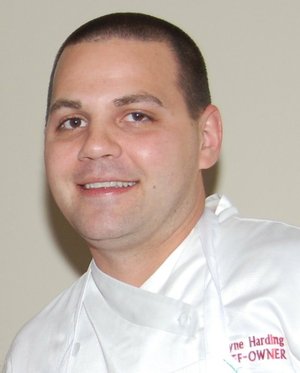