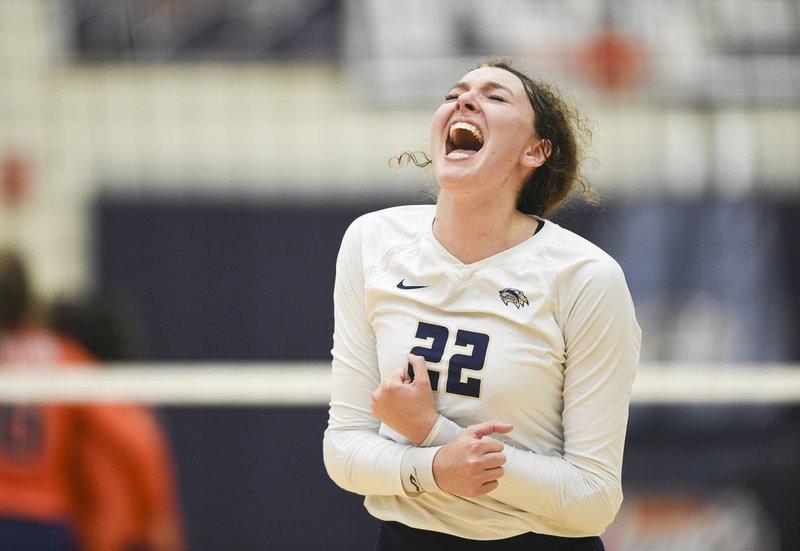 CENTERTON -- Kortney Puckett recalls being a wide-eyed freshman who was full of nerves when she arrived for Bentonville West's inaugural day of volleyball practice three years ago.

Puckett was so nervous, she could not even hold a pen steady enough to write her own name.

NOTABLE Didn’t start playing volleyball until she was in the eighth-grader at Lincoln Junior High. … Was a freshman starter on West’s first volleyball team 3 years ago. … Earned all-state honors last year. … Recorded her 1,000th career kill last week in a match against Springdale High. … Leads the Lady Wolverines in kills and digs and is second in serving aces. … Has verbally committed to sign a national letter of intent with Texas-Arlington.

"I was shaking so bad," Puckett said. "We wore name tags so we could get to know each other, and my eighth-grade volleyball coach had to write my name. I was really nervous and didn't talk much.

"I stayed pretty quiet because I didn't know anybody. I actually got with Bailey Lester, who was another freshman trying out for the team, and we stuck together because we were so young."

The Lady Wolverines' program has grown since that day, and Puckett has been there to grow with it. Now a 6-foot-2 senior, she became the first West player to earn all-state honors last fall, and she will become the program's first four-year letter winner.

She recently became the first Lady Wolverine to reach 1,000 career kills when she hit the milestone last week in a match against Springdale High. She followed that with a 27-kill performance Tuesday at home against Rogers High.

"She was a starter that first year, and she was in a difficult position," West coach Julie Rowan said. "She has older girls that saw her be a starter as a freshman, and that is sometimes hard to take. But that has made her a really tough kid.

"She has had to really work to gain not only the respect of her team, but she was also competing against seniors. She was thrown to the wolves right away, and I think it has made her the tough competitor that she is today."

What makes Puckett's story so interesting is she didn't grow up in the youth volleyball ranks. She was a softball player who split time between pitcher and first baseman, but she admitted she had grown tired of the sport and wanted to quit.

So when a friend asked her to try out for volleyball while she was an eighth-grade student at Lincoln Junior High, Puckett jumped at the opportunity. She hung onto softball for another year, but she eventually quit to concentrate on volleyball.

"Someone would say 'we're going to do queens' and I would ask what that was. I didn't know how to pass the ball. I would ask my friends for help, and when I made the team I was very confused. I then ended up being on the A team, and that was even more confusing because I didn't know what I was doing. But I was an athletic kid and very lengthy."

Puckett was determined to know more about volleyball than just be a person on the front row and known for kills or blocks. So she started playing club volleyball and began learning how to play the back row.

She now not only leads West in blocks with 246 -- more than twice as many as the closest teammate -- but she also leads the team in digs with 146 and is second on the team in aces with 29.

"She serves really tough, and she's one of our best serve receivers. She's got such length, and that's why we play her in middle back. She can touch balls that nobody else can get to with the way she can stretch out, and I think she stays more actively involved if we can keep her on the court all the time." 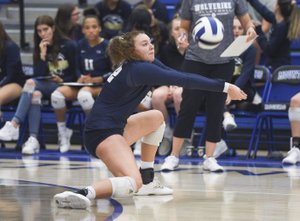 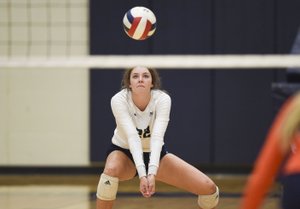