State lottery haul rises to $36.2M, but net proceeds for scholarships fall off in September 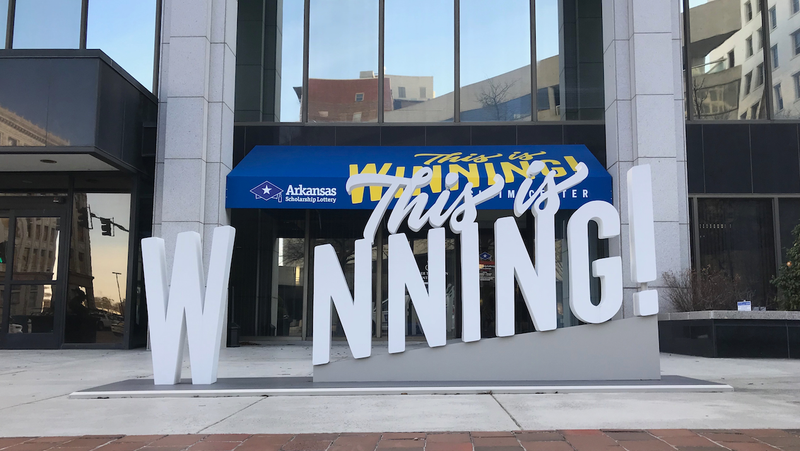 The Arkansas Scholarship Lottery, which is marking its 10th anniversary, saw its revenue in September creep up over what was collected in the same month a year ago.

The lottery has helped finance more than 30,000 Arkansas Academic Challenge Scholarships during each of the past nine fiscal years. The total of scholarships awarded has dropped largely as a result of the Legislature cutting the amount of the initial scholarship three times since the lottery started.

Total revenue in September increased from $35.1 million a year ago to $36.2 million, the lottery reported Thursday in its monthly report to Gov. Asa Hutchinson and the Legislative Council's lottery oversight subcommittee.

Lottery Director Bishop Woosley said Thursday, "Our instant sales continue to be strong, which is a good sign for the overall health of the lottery."

"Our draw game sales are sluggish at this point because the multi state jackpots continue to get hit at lower levels and we have not seen any high jackpot activity thus far for this year," he said in a written statement.

"In addition, our in-state game, Natural State Jackpot, has been hit at lower jackpot levels several times so far this year as well. Hopefully those trends will change, and these games will get on a roll," Woosley said.

Net proceeds in September dropped from $7.7 million a year ago to $6.5 million, the lottery reported Thursday. That's because at the end of September 2018, sales and net proceeds were bolstered by higher Mega Millions and Powerball jackpot levels, Woosley said.

September is the third month of fiscal 2020, which started July 1.

During the first three months of fiscal 2020, the lottery reported raising $16 million for college scholarships, a drop from the $19 million raised in the same period in fiscal 2019.

"Our proceeds amount is less than last fiscal year at the same time due to the cash to accrual accounting issues, the million dollar prize and the fact that we are down $3 million in draw sales versus last year," Woosley said. "Lottery sales and proceeds amounts are cyclical. We will catch up if our sales continue to be strong. Those cycles can change where we have large jackpot runs or a very good month in sales overall."

In September, the unclaimed prize reserve fund totaled $4.3 million after accruing $247,473 in unclaimed prizes in September. At the end of the fiscal year, the balance of the fund minus $1 million is transferred to college scholarships.

In fiscal 2019, total revenue and net proceeds for college scholarships set records for the lottery.

For this fiscal year, Woosley has projected total revenue of $497 million and net proceeds for college scholarships at $89.3 million in what he has called a conservative forecast. The lottery expects to be affected by expanded casino gambling in the state and Mississippi's lottery starting up in December.

The Academic Challenge Scholarship is funded with net proceeds, plus $20 million a year in state general revenue and $20 million in the lottery reserve fund, which is used to cover temporary cash shortfalls to pay scholarships before it is replenished.

The 2017 Legislature created the Workforce Challenge Scholarship to use excess lottery proceeds to provide aid up to $800 a year for students enrolled in higher-education programs that lead to them being qualified to work in high-demand occupations.

In fiscal 2019, the Workforce Challenge Scholarship provided about $170,000 to 214 students in the first year of the program.

The Division of Higher Education projects awarding 1,698 Workforce Challenge Scholarships totaling $1.3 million in fiscal 2020, because more students have become aware of the program and more students apply for it, said Nick Fuller, deputy director for the division. 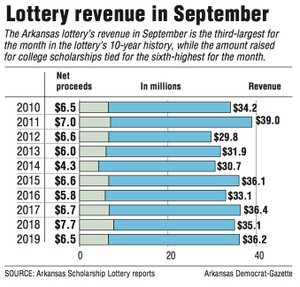