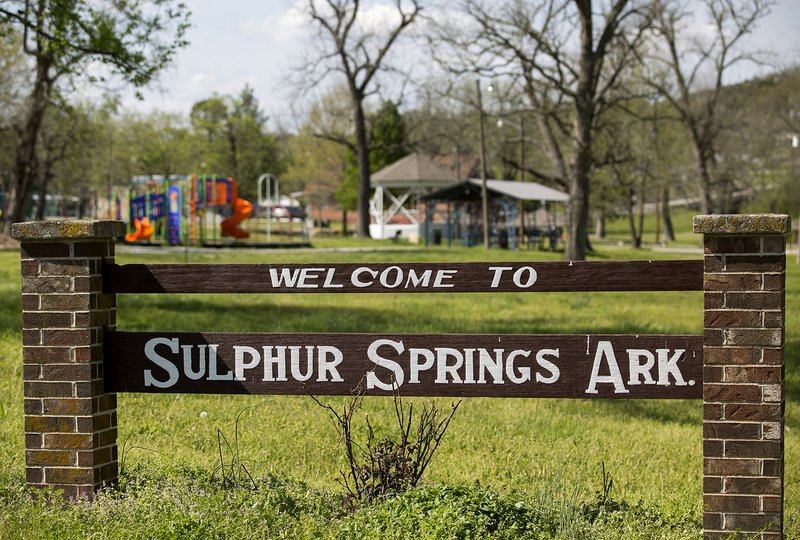 Sulphur Springs Mayor Shane Weber on Friday blamed himself for trusting his former city clerk and administrator too much, after auditors revealed undocumented disbursements, payroll discrepancies and receipts not deposited totaling nearly $185,000 in the city of Sulphur Springs in the three-year period from July 1, 2017-March 31, 2019.

Sulphur Springs' population is about 530 people in Benton County.

Carter said City Clerk and Administrator Codi Bates was responsible for handling all receipts and deposits and was the only employee with access to the city's accounting software systems. She said that Sulphur Springs terminated Bates, who was hired by the city on July 1, 2017, on March 29 of this year.

Bates and her husband, Tyler Bates, were charged with felony theft of property and forgery on June 5 and their arraignment is scheduled for Monday , Carter told the Legislative Joint Auditing Committee. Codi and Tyler Bates could not be reached for comment by telephone on Friday.

Weber, who has been the Sulphur Springs mayor since January 2017, told lawmakers that "my biggest downfall was being too trusting and for that all I can do is to apologize and then make sure it doesn't happen again."

"The amount of money that has been misappropriated ... is no less shocking today than the day of our exit interview [with auditors]," he said.

"I spent a career being able to read people, and ... looking back on it now I will say there were signs that I missed most definitely and, in hindsight, it is obviously 20/20," Weber said.

"While a portion of it was my lack of knowledge of the job, a big part of it also was trusting someone way too much," he said. "In my career in law enforcement, we don't trust a whole lot, if you are not wearing a badge. It was really out of my wheelhouse to put as much trust as I did. But every time I had a question, there was an answer and it made a sense. There were cover-ups. There were answers. I didn't know there were cover-ups at that time.

"I feel like this lays on my shoulders," Weber said. "But ultimately I was captain of the ship and while some of it was before I was in that position, two out of these three years were under my command."

Carter said that a comparison of checks to invoices revealed that Codi Bates issued unauthorized checks totaling $91,156 to herself and totaling $8,395 to her spouse. Codi Bates often hand-wrote these checks rather than using an electronic check printing feature and incorrectly coded the checks to existing vendors. It appears that several of the checks contained the mayor's forged signature, Carter said.

A review of Bates' personnel file and salary comparisons and interviews with the mayor revealed that Bates paid herself unauthorized salary increases and overpayments totaling $3,161, Carter said. Bates also hand-wrote hours worked on her time card rather than using the electronic time clock, Carter said.

In addition, $82,222 of water department cash receipts were not deposited, including $74,022 in water usage fees and $8,200 in water service connection fees, Carter said.

"That's where some of this came to surface and that's when we contacted the prosecutor and law enforcement was involved." Woodworth said.

He said that in April of this year, Sulphur Springs borrowed $150,000 and used the loan proceeds to pay all the outstanding bills of the general and water funds with the exception of the unresolved balances payable to the Internal Revenue Service.

Correspondence from the IRS and city records showed the city owed $240,948 to the IRS for tax periods from 2011 and 2019, Woodworth said.

Weber said that "we will get anywhere from 10 to 15 letters in one day from [the IRS] and they all have different amounts of them.

"It is very confusing to say the least, but the council decided to go with an attorney to sort through all of it," he said.

Afterward, Weber said he's not sure how much Sulphur Springs owes the IRS at this point.

"It's a mess unfortunately," he said.

Woodworth told lawmakers that Sulphur Springs paid $1,200 in employee bonuses that were not processed through payroll or reported as income on the employees' W-2 forms. Federal and state tax withholdings were not remitted timely to the IRS, resulting in the assessment of penalties and interest, he said.

In a written response to the audit report, Weber indicated that the findings have been or are currently being resolved, Woodworth said.

Financial duties have been segregated and the new office administrator is not authorized to sign checks, Woodworth said. Another mayor's office employee oversees financial activities, but does not handle the day-to-day financial operations in the city's computer system, he said.

In response to a query from Sen. Kim Hammer, R-Benton, Weber said he has tried to get a budget committee together for the six-member City Council a few times, but "unfortunately I can't get any more than two people to show up at a time for a subcommittee.

"It is something that I keep pushing and hoping with the new council that we have that members step up to the plate," he said.

Weber said, "Unfortunately this has been an expensive lesson for the city and even more so ... for the taxpayers.

"I vow that this will not happen again on the next [audit]," he said. "I think we have two years for that one so I got two years to make sure that everything is squared away."

Sen. Bill Sample, R-Hot Springs, asked Weber, "Have you ever thought about dissolving the charter" incorporating the city of Sulphur Springs.

In response, Weber said he hasn't thought about that option.

"It is not something that I am willing to do under my watch," he said.