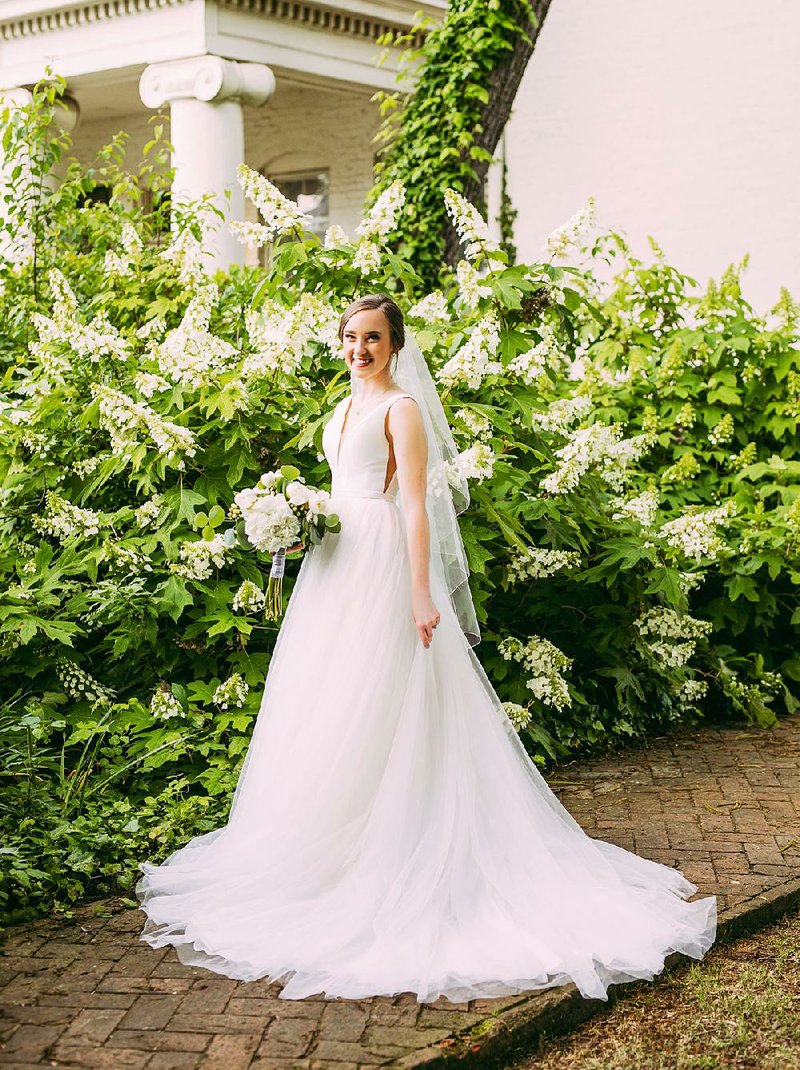 The groom is the son of Vicky and Jeff Stewart of Collierville, Tenn. His grandparents are Ann and Don Witcher and Zach and the late Betty Jo Stewart, all of New Albany, Miss.

The altar held white and blush urn arrangements of delphinium, larkspur, snapdragons, hydrangeas and roses. Music was by pianist Hee-Kyung Juhn and violinist Patrick Danley, cousin of the bride.

The bride, given in marriage by her parents, wore an off-white ballgown. Her Mikado-silk bodice had a V-neckline and matching V-back and a full tulle skirt and court train. She carried a hand-tied bouquet of hydrangeas, dahlias, cabbage roses, orchids and scabiosa in shades of white, cream and blush.

Maid of honor was Faith Roberts of Houston, sister of the bride. Bridesmaids were Lucy Richardson of Dallas; Taylor Davenport of Nashville; Jillian Robinson of Los Angeles; Shiloh Jones of Anaheim, Calif.; and Hannah Williams of Jackson, Miss. Junior bridesmaid was Marley Grace Stewart of Collierville, Tenn., niece of the groom. They wore wine-colored chiffon gowns and carried blush-and cream-bouquets.

Clay Adkison of Memphis was best man. The groom's attendants were his father; Josh Martin of Nashville; and Richard Knox, Brian Lengel, Justin Ledbetter and Chelsea Knox, all of Memphis.

A reception at the Junior League Building was held after the ceremony. Guest tables were covered with ivory and champagne linens and held gold votive candles surrounding glass cylinder vases filled with wedding flowers. The buffet held an arrangement of white dahlias, delphinium, roses, larkspur and blush berries.

The groom attended Mississippi State University and has a bachelor's degree in accountancy from the University of Memphis. He is an internal auditor and fraud investigator.

The couple will reside in Broomfield, Colo., after a honeymoon in Cancun, Mexico.