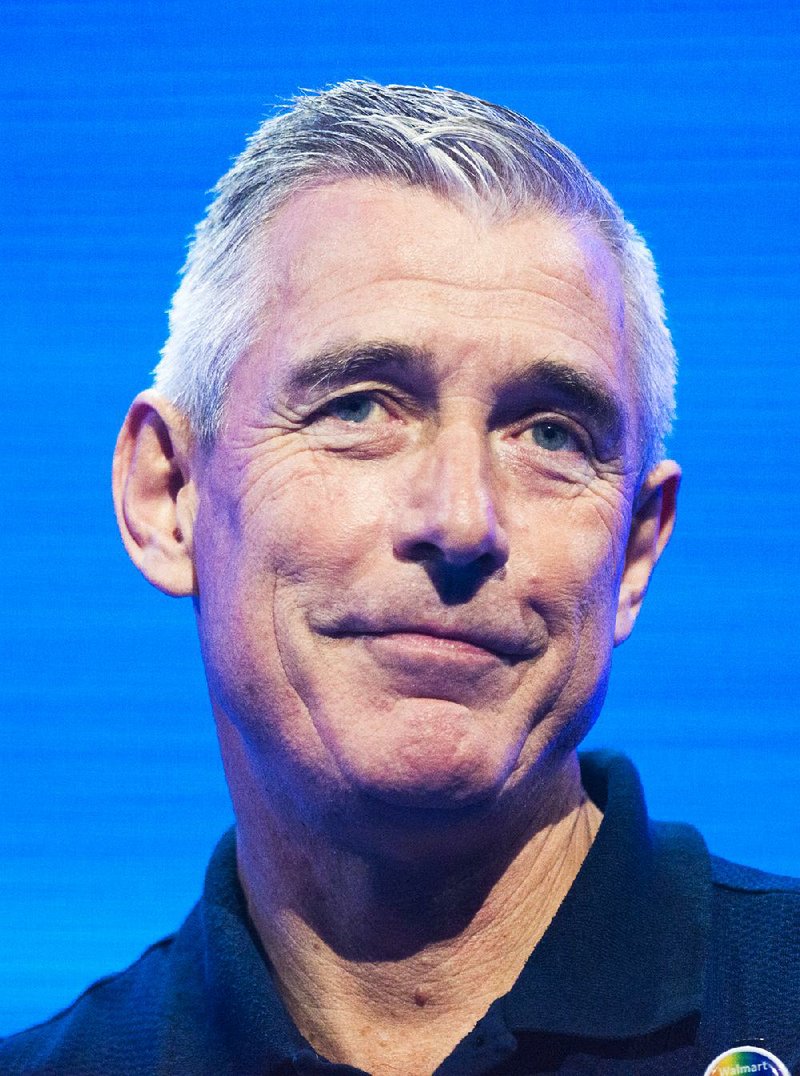 As Walmart Inc.'s U.S. division chief Greg Foran prepares to exit the company, analysts and industry experts say he played an "instrumental" role in Walmart's sales growth over the past few years.

Foran, 58, notified Walmart on Wednesday of his plan to step down, the company said Thursday in a filing with the Securities and Exchange Commission. After heading Walmart U.S. for five years, he's returning to his native New Zealand to become chief executive officer of Air New Zealand Ltd.

Under a separation agreement spelled out in the SEC document, Foran will receive payments in multiple installments totaling nearly $4.83 million through January 2022. The agreement includes a non-compete clause that prohibits Foran from working with any Walmart competitor that exceeds "certain revenue thresholds" for two years after his departure. Foran also may not seek to hire any Walmart employees during that time.

Walmart U.S. is the largest of the retailer's three divisions, with more than 4,700 stores and about 1.5 million employees. It is responsible for about 70% of the company's profit, and recorded net sales of $331.7 billion last year.

Since Foran was promoted to CEO of the U.S. unit in August 2014, "there's been a big uptick in its business trends," said Brian Yarbrough, a retail analyst with Edward Jones. Besides same-store sales increasing every quarter under Foran's leadership, Yarbrough said stores are much cleaner and better staffed.

"All around, we've seen a big improvement at Walmart U.S. under Greg," Yarbrough said. "I think this one's a pretty big loss. He was instrumental in turning the Walmart U.S. division around over the past few years, and so it's definitely a void now.

"But it's been turned around, and so as long as you keep it running status quo, it'll probably continue to hum along," he said.

Yarbrough called Foran "a great visionary" who's leaving "some big shoes to fill for sure."

Because of the many improvements that have already been made at Walmart, retail consultant Carol Spieckerman doesn't see the leadership changes having a direct impact on the shopper experience.

"Greg Foran's focus on resolving unforced errors gave Walmart the opportunity to tackle innovation, particularly in the digital space, without losing ground," said Spieckerman, who's president of Spieckerman Retail. She added that Furner's years of experience in many areas of the company "will allow him to hit the ground running in his new role."

Furner "witnessed the rapid evolution of the company firsthand and from multiple perspectives," Spieckerman said. "That alone has its advantages as future innovations are implemented."

Furner, 45, has been with Walmart since 1993, and served as chief merchandising officer for Sam's Club before taking the lead role at the members-only warehouse division.

KeyBanc analysts who follow Walmart wrote in a note that they expect a smooth transition in leadership, and Bank of America analysts wrote that the "impressive momentum at Walmart U.S. should continue."

Yarbrough agrees. "You've got a gentleman coming up who's done some very good things for Sam's Club, and Sam's Club's trends have gotten a lot better over the last two years since he's been driving that business," he said.