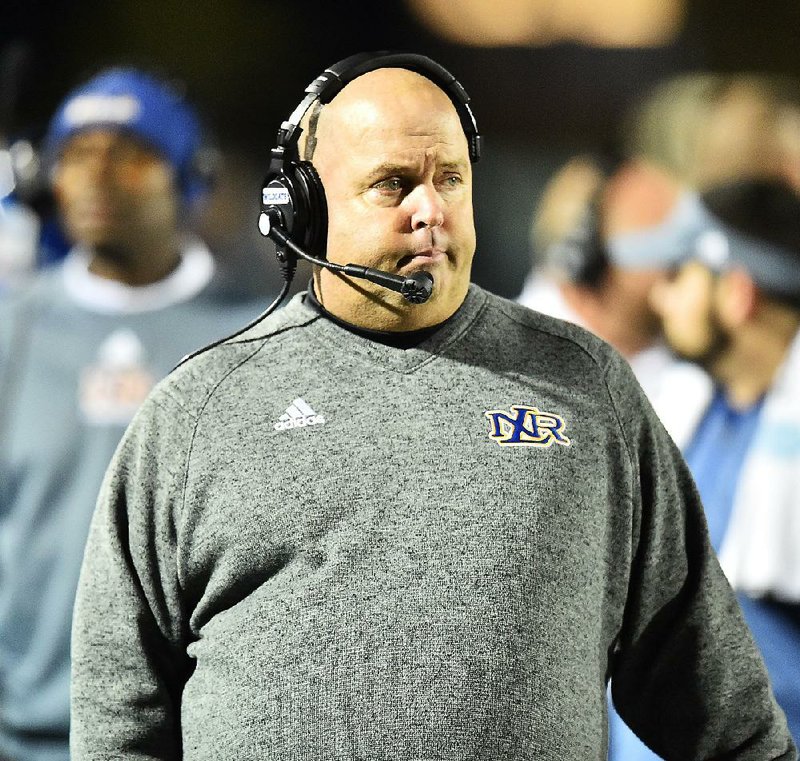 Of Jamie Mitchell's five seasons at North Little Rock, the 2019 campaign has been by far the toughest he's had to deal with.

Injuries have been a big part of the Charging Wildcats' season so far.

Yet, entering tonight's game against Little Rock Catholic at Charging Wildcat Stadium, North Little Rock (4-2) is 3-0 in the 7A-Central Conference.

And, the Charging Wildcats, the Arkansas Democrat-Gazette's No. 4 team overall and No. 3 team in Class 7A, expect to get running backs Brandon Thomas and Fredrick O'Donald against the Rockets.

Thomas, who rushed for 1,805 yards and 14 touchdowns last season, has had multiple injuries this senior season.

On July 4, Thomas injured his hand in a fireworks incident. Then, at Little Rock Central on Sept. 27, Thomas returned, only to leave that game with a left knee injury. After the Central game, Thomas was cooking at his home when melted chocolate fell on his right leg causing burns. On Oct. 4 at home against Conway, Thomas was hit on the leg, and the padding that protected his burns was knocked off, forcing him to exit the game and causing him to miss the Charging Wildcats' 28-14 victory at Fort Smith Southside last Friday.

"He's had three crazy deals," Mitchell said. "We've quit laughing about it in the office because we don't know what's going to happen on the way home or the way to school. We've got to get him to tomorrow night. He's as healthy as he's been since the Central game."

O'Donald, a junior, left North Little Rock's game at Central because of a high ankle sprain and has not played the past two games.

Last week against Southside, sophomore Jerrell Rice rushed for 172 yards and 2 touchdowns on 26 carries. He scored on runs of 3 and 80 yards in the first half.

In addition to Thomas and O'Donald, North Little Rock also is expected to get back center Michael Woolfolk, wide receiver Vaughn Phillips and defensive back Devion Larff after they all missed last week's game with various injuries.

However, Mitchell is pleased with how the Charging Wildcats have overcome key injuries to remain undefeated in the 7A-Central.

"We're just finding a way," Mitchell said. "We're taking a lot of pride in finding a way to overcome everything that's happened. We go to Southside last week without five offensive starters. That's half of your offensive team. But it's a credit to our kids.

"Knock on wood, if the wheels don't come off before 7 [tonight], we'll have every offensive player on our roster available. That would be the first time all year. Some of these kids aren't 100 percent, but they're good enough to play."

Little Rock Catholic (4-2, 2-1) enters tonight's game having won conference games against Cabot and Fort Smith Northside, the latter which it beat 24-21 last Friday. The Rockets are led by senior quarterback Jordan Edington, who threw two touchdown passes against Northside a week ago.

"They've got multiple weapons," Mitchell said. "The quarterback catches your eye, running and throwing. Their defense has scrapped and fought and kept them in games. They're a very good football team."

North Little Rock is at home for two consecutive weeks, beginning tonight against Catholic and Oct. 25 against Fort Smith Northside before traveling to Bryant on Nov. 1 and Cabot on Nov. 8.

Mitchell said the Charging Wildcats can get better over the next four weeks as they attempt to get into the Class 7A playoffs.

"We've got to step on the gas," Mitchell said. "We're not making any excuses. We have to get ourselves in top form and round ourselves into a formidable foe in the playoffs.

"It's not about being undefeated. It's not about winning a conference championship. To me, it's about winning the last game of the year. That's what we're out here for. All of that other stuff is really irrelevant. We want to be our best in late November and early December.

"We want the best seed we can get. If we can keep everybody healthy and move forward, I believe we've got a chance to be really good." 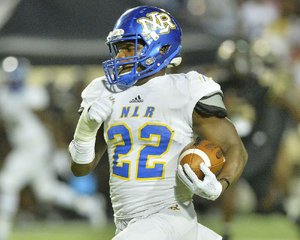 Photo by Special to the Democrat-Gazette/JIMMY JONES
North Little Rock’s Brandon Thomas, who rushed for 1,805 yards and 14 touchdowns last season as a junior, has had multiple injuries this season, but is expected to return tonight against Little Rock Catholic.