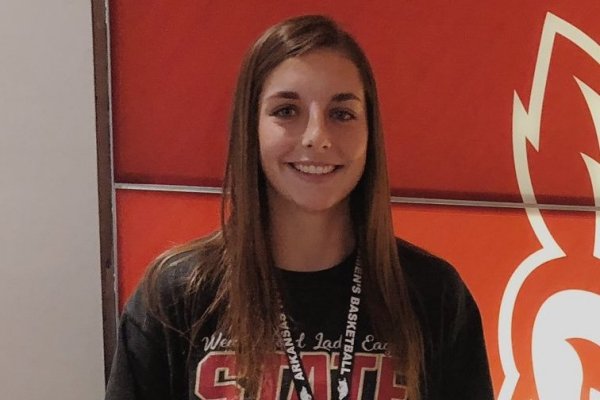 Oklahoma is proving to be a prime recruiting area for Arkansas women’s basketball coach Mike Neighbors after receiving the commitment of junior guard Ashlyn Sage on Saturday.

“I chose Arkansas because each time I visited campus, the more I felt that this was the place for me,” Sage said. “Coach Neighbors and his staff made me feel at home.”

Neighbors has pledges from guard Rylee Langerman of Christian Heritage in Del City, Okla., and junior post player Emrie Ellis of Ada Vanoss for the 2020 and 2021 classes.

Sage, 6-2, of Weatherford, Oklahoma, chose the Razorbacks over an offer from Abilene Christian and interest from Rutgers, LSU, Air Force, Dartmouth, North Texas and Army.

She attended an Arkansas camp over the summer and visited Fayetteville for the Colorado State football game on Sept. 14.

“They’re all down to earth and they’re easy to talk to,” said Sage of Arkansas' staff. “They’ve always treated me like I was wanted.”

Neighbors’ first season saw the Razorbacks finish 13-18, but Arkansas made strong strides last season by going 22-15 and making the SEC championship game, which was followed by a WNIT appearance.

Arkansas was recently picked to finish fifth in the SEC in the preseason media poll.

“I like the direction the program is going and see lots of success in the future,” Sage said.

She averaged 15 points, seven rebounds, three assists and two blocked shots for 21-6 Weatherford as a sophomore. Bret McCormick of ASGR Basketball Recruiting rates Sage the No. 74 prospect in the nation for the 2021 class.

Sage and Langerman played on the same spring and summer team. She’s also friends with Ellis. Having two friends committed to the Razorbacks helped, but wasn’t a huge pull toward her pledge to Arkansas.

“It played a small part in my decision, but it wasn’t one of the main reasons why I committed,” she said. “I had to make the decision on what was best for me.”