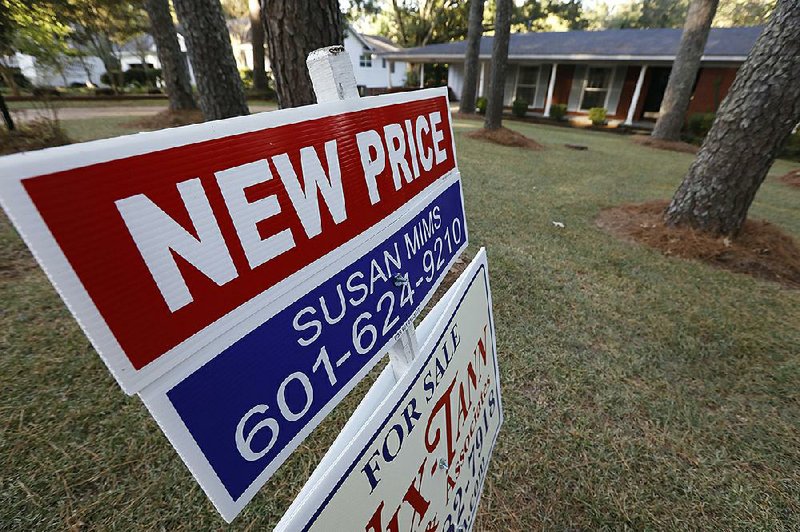 WASHINGTON -- Sales of existing U.S. homes fell 2.2% in September as higher prices and lower inventories hindered the recent growth in residential real estate that has been aided by low mortgage rates and consistent wage gains.

The National Association of Realtors said Tuesday that homes sold last month declined to a seasonally adjusted annualized rate of 5.38 million units, ending a two-month streak of sales gains. The median projection in a Bloomberg survey called for a 5.45 million pace.

Existing-home sales are up 3.9% from a year ago, but September's stumble shows the limits of the boost that declining mortgage rates had been providing.

"The housing market is an unbalanced situation," Lawrence Yun, the association's chief economist, said at a briefing in Washington. Sales are falling and "prices are just rising and rising."

As average mortgage rates have fallen nearly a whole percentage point in the past year to 3.61% in September, economists say higher prices and a lack of listings have put a ceiling on the growth seen this summer.

"The resale housing market is caught in a crosscurrent of conflicting forces," said Shernette McLeod, an economist at TD Economics. "On one hand, lower mortgage rates and a strong labor market have improved buying conditions. On the other, the duo of low inventory and rising home prices have kept a lid on the pace of sales expansion."

Homebuyers have been hamstrung by a shortage of available properties this year, especially at the lower-priced end of the market.

Purchases cooled in all four U.S. regions, led by a 3.1% drop in the Midwest from a month earlier. Sales declined 2.1% in the South to a three-month low and 0.9% in the West.

Inventory of existing homes on the market was down 2.7% from a year earlier at 1.83 million units, the leanest September inventory in records dating to 1999. It also marked the fourth-consecutive year-over-year decline.

At the current pace, it would take 4.1 months to sell all the homes on the market, compared with 4 months in August; Realtors see anything below five months of supply as a sign of a tight market.

First-time buyers made up 33% of sales, up from 31% the previous month.

Land and labor shortages have also constrained building, so a tightening supply of homes has pushed prices up at a pace faster than income. Home prices rose in all four regions in September, while sales of existing homes declined.

"Even today's low mortgage rates and healthy jobs situation can't overcome the lack of inventory of homes below $300,000," said Robert Frick, an economist at Navy Federal Credit Union. "Fortunately, the long-term outlook for housing is better, as housing starts and permits are increasing, meaning there will be more homes on the market in the months ahead."

The median sales price climbed 5.9% from a year ago to $272,100, outpacing wage gains as the strongest price appreciation since January 2018.

Existing-home sales account for about 90% of U.S. housing and are calculated when a contract closes. New-home sales, which make up the remainder, are counted when contracts are signed and will be released Thursday.

The figures follow signs of strength across the housing market. Data out last week showed homebuilder sentiment rose in October to the highest since February 2018. While U.S. new-home construction pulled back in September from a 12-year high, single-family groundbreakings accelerated for a fourth month.

Information for this article was contributed by Bani Sapra of The Associated Press and by Reade Pickert and Kristy Scheuble of Bloomberg News.