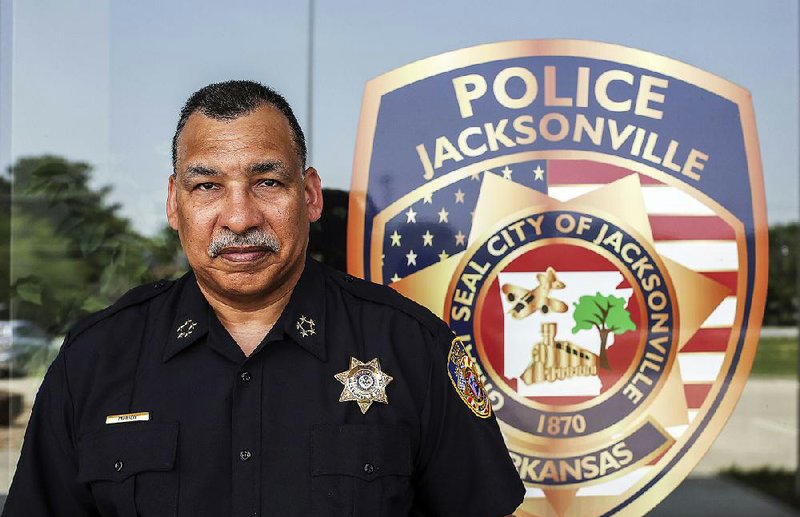 A day after Jacksonville's police chief resigned at the mayor's request, the two men could not agree on why the mayor wanted his resignation.

Franklin, a 27-year veteran of the Chicago Police Department who was hired 16 months ago, said Wednesday that the mayor cited "morale issues" when asking for his resignation. Johnson, however, said morale did not factor into his decision to request Franklin's letter of resignation.

The chief's sudden resignation is the latest development in an often tumultuous relationship between Jacksonville's city administration and the Police Department. Including the interim chief named Tuesday, the city has had four police chiefs in three years.

[Video not showing up above? Click here to watch » https://www.youtube.com/watch?v=5vgWyTs3_bA]

Former Chief Geoffrey Herweg was fired in 2017 for having an undisclosed conviction, and then-Mayor Gary Fletcher gave the job to the city attorney, Robert Bamburg. The city then promised never to appoint someone without a history in law enforcement again after five officers filed a lawsuit alleging that the city replaced detectives and other positions with "less qualified officers."

Johnson -- who took the mayor's seat in January -- named Capt. Joseph McCollough as the interim chief of the department Tuesday afternoon, which McCollough announced with a 5:10 p.m. email, a copy of which was released after an Arkansas Freedom of Information Act request.

"I know this is a crazy time, my head is still spinning, but we will get through this," McCollough wrote in the email. "We have to keep pushing forward and continue doing the best job we can for the citizens of Jacksonville."

In an interview Wednesday, Johnson said he requested Franklin's resignation because of "personnel issues" that he would not discuss and said the department isn't "headed in the direction it should be headed. It's headed in a worse direction."

"I did not fire him because of a lack of morale," Johnson said. "Even though that's the reason that he put out there."

Franklin, however, said Johnson explicitly referred to a lack of morale in their conversation Tuesday.

Franklin said he went to City Hall on Tuesday afternoon to talk to the city's finance director about an unrelated matter. Franklin said he saw the mayor sitting in his office and stopped to say hello.

"He said 'Why don't you come in here for a minute?'" Franklin said Wednesday. "He said, 'You know what, John, I'm just going to have to ask you for your resignation. ... I feel morale is intolerable, and I need you to resign.'"

Franklin said he told the mayor that he didn't understand and asked when Johnson would want his resignation.

City Council members said they were surprised to hear that Franklin had been asked to resign.

"It's a complete shock and a huge disappointment as a decision by Mayor Johnson," Council Member Tara Smith said Wednesday. "I can't tell you how many calls I've had last night and today that people are just in disgust. ... He was the best police chief Jacksonville ever had."

Smith said Johnson had not consulted with the council before asking for the chief's resignation and that the mayor still hadn't spoken with council members about it Wednesday afternoon.

"Based on the way things have been going for awhile, I'm not too terribly surprised," Sansing said. "I really, really liked John, but there was some issues that he evidently wasn't proven to be effective enough."

Smith said she did not understand Johnson's complaint about morale.

Smith and Franklin said addressing the pay scale for officers at the Police Department was one of Johnson's campaign promises but that goal has fallen by the wayside in recent months.

"In February, the mayor gave his word to Franklin that he would fix the pay scale no later than March," Smith said. "He broke that promise."

Franklin said he reached out to Johnson multiple times concerning the pay scale but hadn't heard back from the mayor in more than 90 days. When officers asked if there was any update, Franklin said during an end-of-month staff meeting that "talks appeared to have broken off with us and City Hall."

"Apparently somebody posted about it on social media," Franklin said. "The mayor wasn't happy about that."

The pay scale, however, wasn't Franklin's only warning that something was wrong with his relationship with the mayor, he said.

A few weeks ago, Franklin said two of his captains went to Johnson's office and Johnson asked them to talk separately with him about Franklin.

"He asked how we get along, what kind of leader I was, what the morale of the department was," Franklin said. "They said, 'We thought it was interesting and we wanted you to know.' I knew something was afoot."

Johnson, however, said he did not consult any police officers before asking for Franklin's resignation.

"I didn't talk to our officers. I talked to other mayors, retired officers, retired county deputies," Johnson said. "I'm not going to talk to someone about their boss negatively."

The meeting was to discuss possible police pay raises, according to previous Arkansas Democrat-Gazette reports.

Franklin was in Barcelona, Spain, at the time of the meeting but said the mayor believed that he had a hand in the meeting.

"The mayor asked me when I found out about the meeting, and I said, 'when I landed,'" Franklin said. "He said, 'Oh, how convenient.' I said, 'I have no reason to lie to you about this.'"

Franklin said the mayor also wanted him to punish the captains -- one of whom is McCollough -- for meeting with the council members.

Sansing said he believes the meeting was a part of the reason Franklin was asked to resign.

"I think that meeting and the chief's reaction to it -- essentially condoning it -- was one of the straws," Sansing said.

Johnson would not specify any one reason for Franklin's dismissal, saying he could not disclose personnel information, but said he'd raised the issue with Franklin multiple times.

"When we counseled him -- I say we because I always met with the director of human resources and the city attorney -- we'd ask for a change, and it didn't happen," Johnson said. "Or we saw it for two weeks, and then it was back to normal."

When asked if he believes Franklin had enough time to make the changes he wanted to see in the department given that Franklin had been on the job less than a year and a half, Johnson said yes.

"We started having talks in late January," Johnson said. "It's October. If we were seeing improvement, I wouldn't have asked for his letter of resignation."

Regardless of why he was asked to leave, Franklin said he wouldn't consider returning to the job as Jacksonville chief.

"I don't see myself going back to the agency," Franklin said. "I love the people, and I really do wish them success. I hope that this helps them pull things together for Jacksonville. I love Jacksonville, and I want to see them succeed, even the mayor." 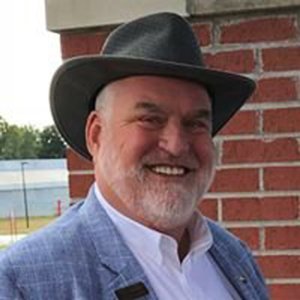 Jacksonville Mayor Bob Johnson is shown in this photo.