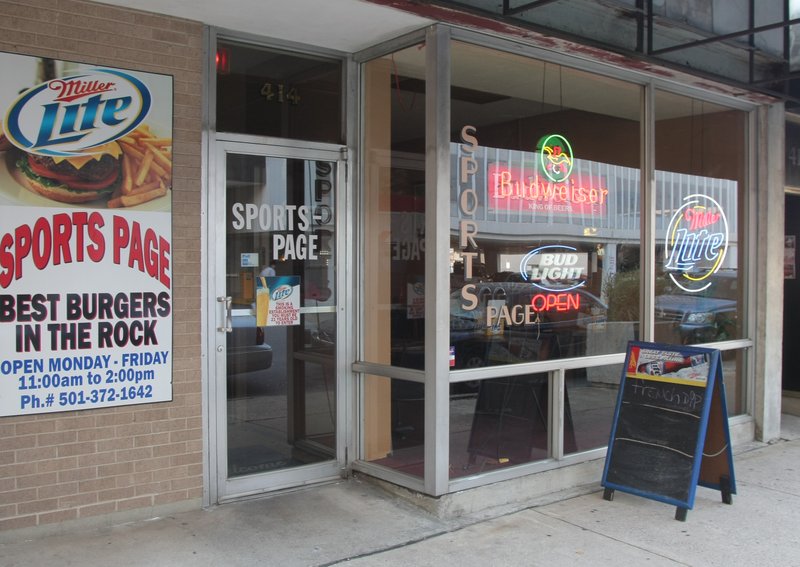 Last Friday saw the closure, after more than 40 years, of the Sports Page, 414 Louisiana St., Little Rock. Owner Eric Tinner told us the landlord wouldn't extend his lease and that there were plans to remodel the space. The restaurant opened in 1977 and almost instantly was at or near the top of the list for the area's top burgers and cheeseburgers because the recipe supposedly was the same as that of the Band Box (since revived as The Box). Tinner took it over in 2011. It went nonsmoking in 2017. Tinner started serving breakfast there in March 2018 following the closure of his Sufficient Grounds across the street. 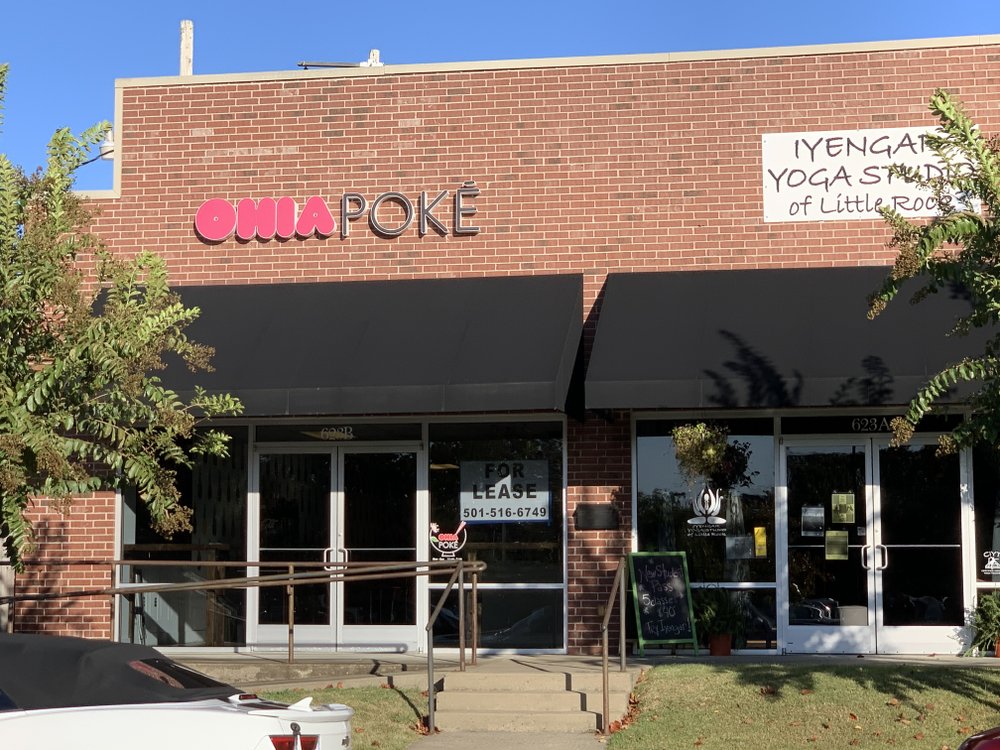 The Ohia Poke outlet on Beechwood Street in Hillcrest, which opened in June, has closed and there's a "for lease" sign in the window. The restaurant on Sixth Street also appears to have closed. Arkansas Democrat-Gazette/Eric E. Harrison

The Ohia Poke outlet at 623 Beechwood St., Little Rock, which opened in June, has already closed, there's a "for lease" sign in the vacant front window and the phone number, (501) 323 -2405, appears to have been disconnected. That's not all — the front door of the original location, open since January 2018 at 220 W. Sixth St., Little Rock, was locked tight at lunchtime Tuesday, and nobody answered the telephone at (501) 502-6330. Meanwhile, the status of the third location, in the Promenade at Chenal, 17815 Chenal Parkway, Little Rock, which opened in August 2018, is in doubt — repeated calls to that phone number, (501) 817-3946, received no answer during business hours.

Tuesday is the planned reopening date for the expanded U.S. Pizza in Sherwood, behind the original location at 8403 Arkansas 107, says Drew Weber, the mini-chain's chief operating officer. The Sherwood outlet is keeping its original phone number — (501) 992-1512. Meanwhile, expect the opening of the newest franchise outlet, in the Village at Rahling Road, 12 Rahling Circle, just off (and visible from) Chenal Parkway, in the first or second full week of November. Hours for both establishments will match those of the others in the chain — 10:30 a.m.-10 p.m. Monday-Thursday, 10:30 a.m.-11 p.m. Friday, 10 a.m.-11 p.m. Saturday, 10 a.m.-10 p.m. Sunday. We don't have a phone number yet.

General manager Tara Brown says Nov. 15 is now the tentative opening date for Hill Station, on the lot that formerly held Helmich Auto Service, 2712 Kavanaugh Blvd., Little Rock. Hours, still also tentative, are 10:30 a.m.-9 p.m. Monday-Thursday and 10:30 a.m.-10 p.m. Friday-Saturday, with Sunday hours still under discussion. Hill Station won't initially include brunch but it's possible come spring. The restaurant wants to be a neighborhood spot to which folks will walk and bicycle, since the large number of restaurants and other merchants along that stretch of Kavanaugh Boulevard already stretches the available parking space. And what had been planned as an outdoor park and green space behind, facilitated by the removal of a house, will be a combination of planted trees, crushed granite and a cistern for collecting rainwater and runoff for a "green" irrigation system. The phone number, (501) 747-2230, had not yet been connected as of our deadline; there is a rudimentary Facebook page (facebook.com/HillStationHillcrest).

We're still short on details and we're told the timeline is based on how construction proceeds, but we have one more progress tidbit to report vis a vis Henrietta's, going into the former Andina's space at 433 E. Third St., Little Rock: The Little Rock Planning and Development Department's Oct. 13-19 list of building permits includes one for $92,000 for a restaurant remodel at that address. As reported a couple of weeks ago, owner Leila King filed permit applications with the state Alcoholic Beverage Control Division for on-premise beverage service there and also for her original @ the Corner, around the corner at 201 E. Markham St., Little Rock.

Dec. 5 is the planned grand opening for the Raising Cane's Chicken Fingers outlet pending at 4311 E. McCain Blvd., North Little Rock, and the company is seeking to hire 75 workers. General Manager Ty Venable says via a news release that the company offers "competitive pay, flexible schedules, major holidays off, a great work environment and fun company culture that sets us apart from our competitors." Interviews will take place at the Hilton Garden Inn, 4100 Glover Lane, North Little Rock; apply online at raisingcanesjobs.com (search for North Little Rock). Additional information on the chain is available at raisingcanes.com. 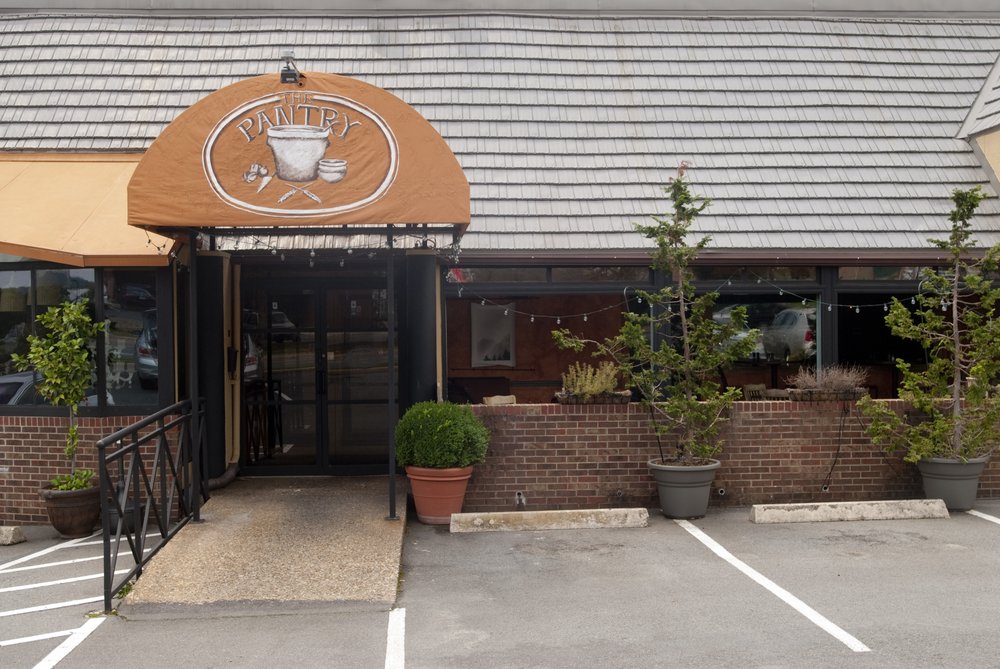 The Pantry, 11401 N. Rodney Parham Road, Little Rock,, shown in this 2011 file photo, is the most famous restaurant in Arkansas -- at least according to MSN.com. Democrat-Gazette file photo

Not that The Pantry isn't worthy of honors, but the article provides no indication whatsoever as to the methodology involved, or just who decided, or by what yardstick, which restaurant in this state, or any other state, is the most famous. The hyperlink that MSN provides for "the hype" takes readers to a Yelp site (yelp.com/biz/the-pantry-restaurant-little-rock-2) that does provide a number of five-star reviews for the restaurant. There's no mention, by the way, of owner Thomas Boehm's other outlet, The Pantry Crest, 722 N. Palm St., Little Rock — guess that's just not famous enough yet.

The phone number for the west Little Rock restaurant is (501) 353-1875; the website: littlerockpantry.com. 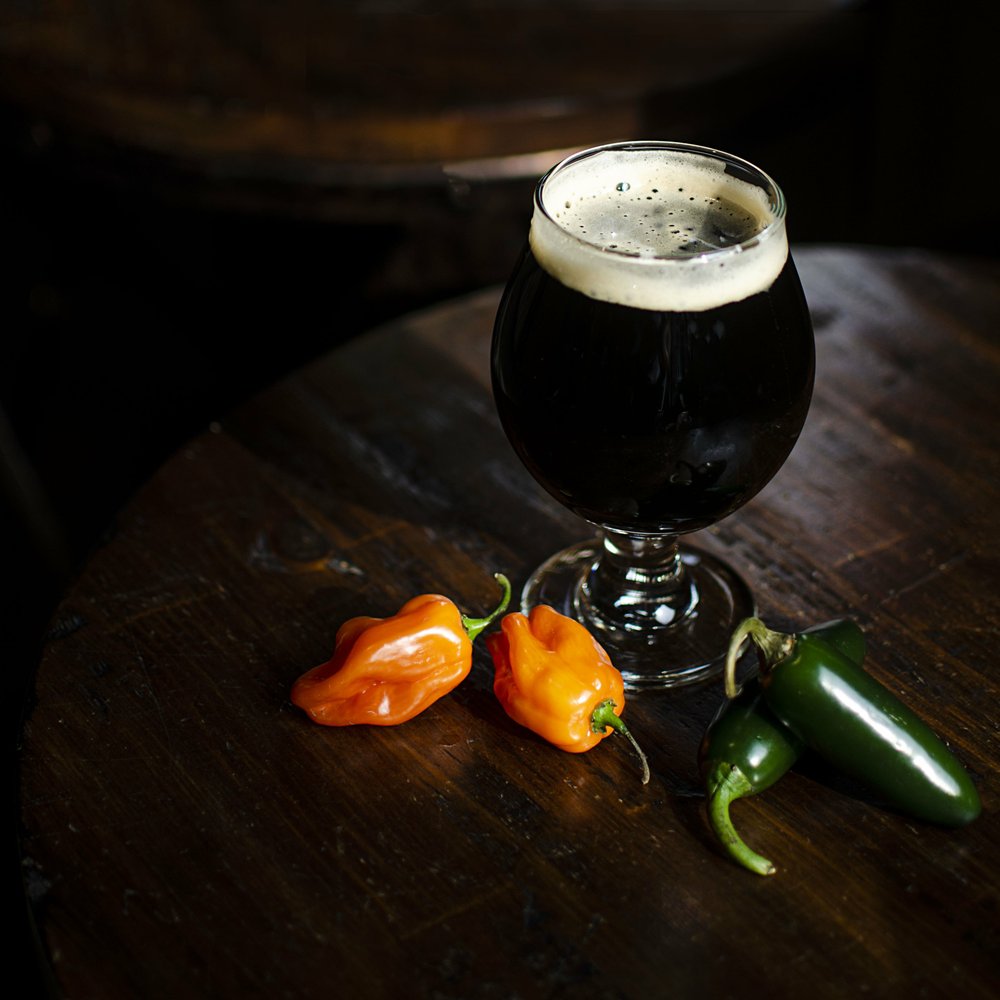 Metal band Hell Camino has lent its name to a Rebel Kettle porter, which debuts Saturday with a "Hell Party 2019" concert at the East Village brewery and tap room.

And Rebel Kettle Brewing Co., 822 E. Sixth St., Little Rock, will host a free concert by local metal band Hell Camino, titled "Hell Party 2019," 7 p.m. Saturday, marking the brewery's release of the seasonal, collaborative brew, Hell Camino Chipotle Porter. It's in line with a three-year partnership between the band (Lefty Williams, James Seyfert and Seth Erwin) and Rebel Kettle head brewer John Lee. This year's porter has been brewed with jalapeno, habanero and poblano peppers to create, according to a news release, "a smoothly, smoky-sweet mixture of flavors, with notes of chocolate and peppers" and 6.66% alcohol per volume. The band will perform material from its third album, Jaws of the Ouachita. The brewery is canning 16-ounce four packs of the porter to sell for $14 in the taproom the night of the event — a first. Call (501) 374-2791 or email becca@rebelkettle.com.