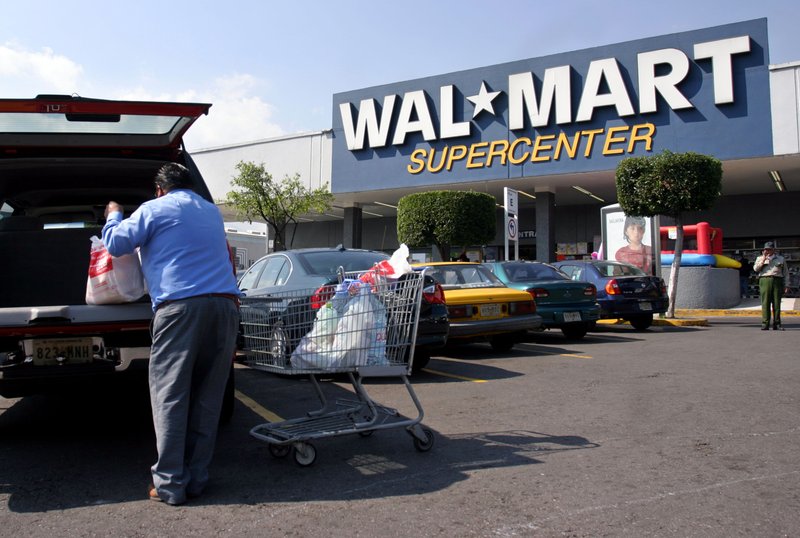 A customer loads his vehicle outside a Wal-Mart store in Mexico City in this file photo.

Walmart Inc.'s unit in Mexico and Central America reported this week that third-quarter profit rose 6.5% despite economic uncertainties that have made consumers more cautious about spending.

Walmex is one of Walmart International's strongest markets and led the division in sales last year.

Guilherme Loureiro, the unit's president and chief executive officer, said in a conference call Wednesday that strong back-to-school sales boosted performance in the quarter. He specifically cited "a sustainable price advantage across categories, a broader assortment and great execution at the stores" as key to improved customer experience and double-digit growth during the season.

However, Loureiro noted the unit is "dealing with adverse and uncertain socioeconomic circumstances in Mexico. Our business is resilient, but our customers are concerned about a less favorable outlook and becoming more cautious."

Sales at stores open at least a year, or same-store sales, continued to drive overall sales performance, Loureiro said. Same-store sales are considered a key indicator of a retailer's health.

Like its Bentonville-based parent, Walmex is aggressively competing in e-commerce. The unit's online sales jumped 65% over last year's third quarter, representing 1.4% of total sales in Mexico. Loureiro said Walmex now has more than 1,000 third-party sellers on its e-commerce marketplace, allowing it to offer "a differentiated assortment to expand our reach to new customers in an asset-light way."

Walmex, based in Mexico City, opened 29 stores in Mexico during the quarter and seven in Central America. As of Sept. 30, it operated 3,327 stores. Its shares are traded on the Mexican Stock Exchange.

Walmart Inc. will report its third-quarter earnings Nov. 14. Wall Street analysts are expecting average per-share earnings of $1.09, compared with earnings per share of $1.08 in the same period last year.