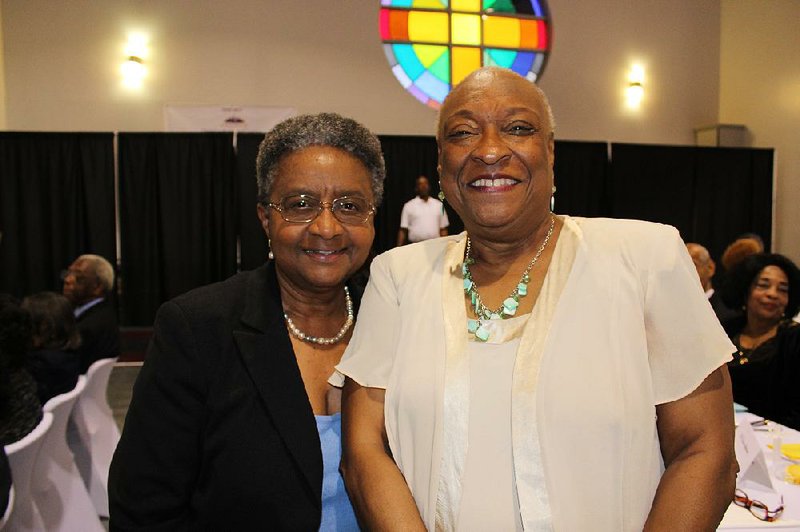 A member of the Arkansas Ethics Commission has served 10 months past the expiration of her appointment because Republican Attorney General Leslie Rutledge has yet to appoint a replacement -- who, by law, must be a Democrat and of a minority race.

Commissioner Sybil Jordan Hampton of Little Rock, whose term expired Dec. 31, isn't grumbling about continuing to serve on the commission.

"My continuing to serve has to do with the fact I am committed to the work," she said in an interview last week.

Hampton, a former president of the Winthrop Rockefeller Foundation, was appointed to a five-year term on the commission by then-Attorney General Dustin McDaniel, a Democrat, on Jan. 15, 2014.

If she resigned, Hampton said, the five-member commission could have problems getting a quorum because another member was injured in a car wreck in January and hasn't been able to attend meetings since then.

It's important to have four commissioners available to meet because it takes three to have a quorum to conduct business and sometimes one of them isn't able to attend, Hampton said.

Commissioner Alice Eastwood of Rogers said she expects her recovery from the wreck to last a few more months; she hopes to start attending meetings again in January.

Since Jan. 1, the commission has met seven times with three commissioners and three other times with four members, according to the agency's records. Hampton attended eight times.

The Arkansas Ethics Commission was established in 1991 as a result of the passage of Initiated Act 1 of 1990, according to its website. The commission is composed of five members who enforce certain state laws on ethics, conflicts of interest, lobbying, campaigning, campaign finance and ballot questions.

The other four commissioners -- Eastwood, Tony Juneau of Rogers, Ashley Driver Younger of Little Rock and Lori Klein of Searcy -- have voted in Republican primaries in the past two primaries in which each has voted, while Hampton has voted in Democratic primaries, according to the secretary of state's records.

Juneau, Eastwood, Younger and Klein are white; Hampton is black.

The Arkansas Democrat-Gazette asked why Rutledge hasn't made this appointment yet, how many people she has interviewed for the post and how many have been offered the position. Rutledge's deputy communications director, Rebecca Jeffrey, said Friday in a written statement that the "Attorney General believes it is important for an appointee to have an understanding of the strict requirements for candidates and officeholders, and she and her team have visited with numerous qualified individuals.

"The Attorney General is grateful that Commissioner Sybil Hampton, who meets the standards set in the statute, remains active to ensure that the business of the Commission is able to proceed," Jeffrey said.

Gov. Asa Hutchinson, a Republican, was asked by the Democrat-Gazette if he has talked with the attorney general about her search for a new ethics appointee and offered to help identify someone. In a written statement Friday, Hutchinson replied, "No, I defer to the Attorney General on the appointment, since it is her appointment by law."

As far as his own appointments to state boards and commissions, Hutchinson said, "My policy is to make appointments in a timely fashion, but we do get behind from time to time because of the volume of appointments and limited resources."

A review of the records of the secretary of state and Ethics Commission show that appointments to the commission during the past 20 years usually have been made within three months after a commission term ends or the commissioner resigns.

The records show the appointments made outside this three-month period in the past 20 years include:

• Democratic Gov. Mike Beebe's appointment on April 5, 2007, of Catherine Johnson of Little Rock to the commission to replace Ted Dickey of Little Rock after his term expired Dec. 31, 2006.

"I don't remember [the appointment] taking four months, but I guess it did," said Wills of Conway, who is now a lobbyist.

"It was more difficult than any other commission or board appointment that I had," he said in an interview.

Wills said he gave more thought about this appointment than others because of the subject matter and the responsibility of the commission. He said he selected Bray after she was recommended by numerous people.

Occasionally, Ethics Commission appointments come before the expiration of the previous commissioner's term.

The lieutenant governor appoints a member both to the Ethics Commission and the Judicial Discipline and Disability Commission.

"Any time the Lt. Governor has been required to make an appointment, he has done so at the time it was requested or needed," Griffin's chief of staff, David Ray, said in a text message.

The longest vacancy on the commission lasted from August 1993 until March 1995.

In a July 19, 1993, ruling, the state Supreme Court ruled that the initiated act requiring the chief justice's appointment of an ethics commissioner is unconstitutional because that violated the constitutional separation of the judicial and executive branches of state government, according to the Democrat-Gazette's archives.

Commissioner Ronald May of Little Rock, who was appointed by then-Chief Justice Jack Holt Jr. in 1991, resigned from the commission in August.

May served as the commission's Republican member, but the state Republican Party, led at the time by Hutchinson, challenged his membership on the Ethics Commission because it didn't consider him a Republican, according to this newspaper's archives.

In 1995, the Legislature changed state law to shift the chief justice's appointment to the lieutenant governor; Republican Lt. Gov. Mike Huckabee appointed Rita Looney of Little Rock to the commission in March 1995.

Meanwhile, Hampton said she hasn't considered resigning from the commission yet, but would only do so because of her husband's health problems.

"I am absolutely in the dark," she said about when she will be replaced on the commission. "Here I am and it's October and my term expired in December."

Juneau said he appreciates Hampton's willingness to continue to serve.

Younger said, "From my perspective, I love seeing her each month.

"It is nice keeping her around," Younger said. "She brings a real-world perspective to the commission."

"We are grateful to have her," Klein said, but added that it's up to Hampton as to whether she would like to be relieved of the responsibility of serving.